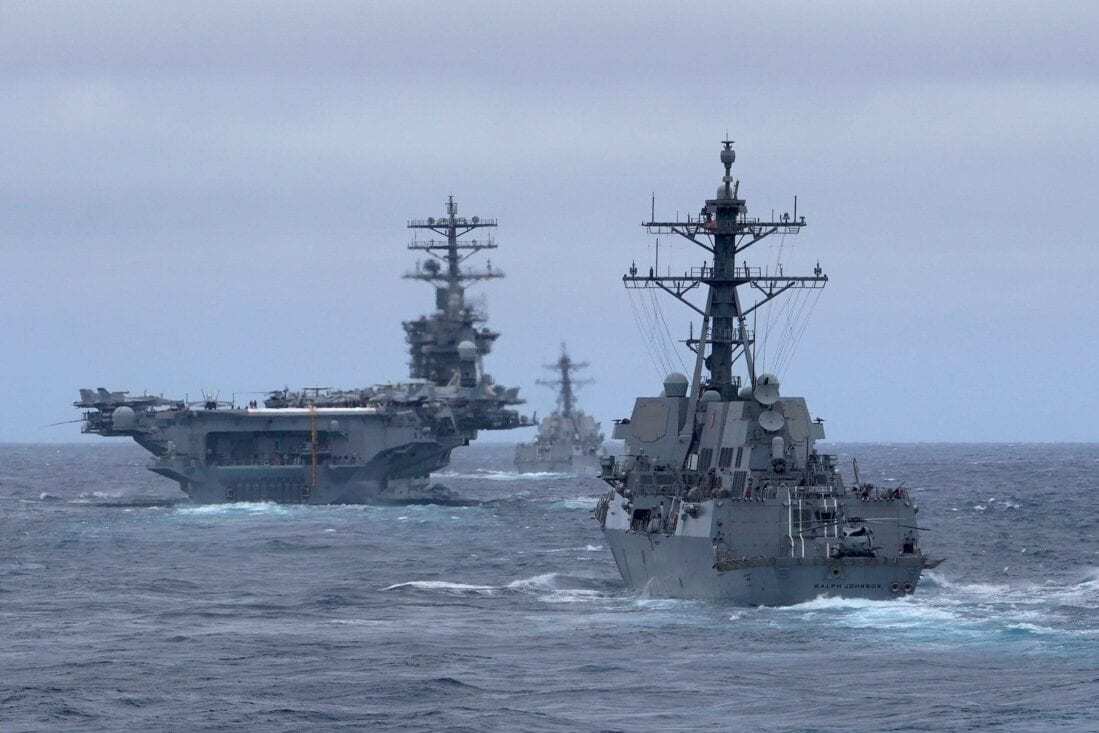 Most cultures—especially, perhaps, those in Asia—regard cycles as one of the basic rhythms of life, including international life. Great Britain was recognised as the leading world power for more than a century from 1815. The United States roared into prominence over the few decades leading up to World War I and, after leading coalitions to victory in Europe and Asia in World War II, resolved to design and manage a thoroughly refurbished international system. By that time, it had long been clear that the UK wouldn’t contest being displaced in that role.

Over the past 2,500 years, China’s fortunes reached glittering heights on three occasions, usually separated by chaos, civil war or foreign conquest and occupation. Now China sees itself as on the cusp of a fourth age ranked among the world’s leading states and possibly—because it is for the first time intimately linked to the rest of the world—the first among equals. The remaining obstacle is the US, which is now itself deeply ambivalent about continuing to take on any kind of leadership responsibilities but which has also signalled its determination to resist China (and Russia), shifting the tone of the international system away from liberal democratic values in favour of more authoritarian guidelines and constraints.

In the months before his death in 1945, US President Franklin D. Roosevelt and his key advisers designed their system to address the root causes of the devastating turbulence in the first half of the 20th century—specifically, ultranationalism and protectionism. Roosevelt also determined that China, with its immense population (if little else in 1945), had to be part of an inner clique of large powers tasked with holding the system together.

The advent of the Cold War between the US and USSR around 1947, and China joining the socialist bloc in 1949, meant that the existential cleavage turned out to be ideology and associated philosophies of governance. The two systems had their first conflict just a year later, in Korea, with the US and China as the core adversaries. The US-led international order therefore got off to a somewhat confused start.

The Sino-Soviet alliance imploded in 1960, and in 1972 the US and China engineered a historic accommodation. Later, after Mao Zedong’s death, the Chinese Communist Party capitalised on the de facto American security blanket to abandon socialist thinking on resource allocation and switch progressively to a market system linked to the international trading community. China’s new leader, Deng Xiaoping, made much of the proposition that the constellation of forces driving the international system provided China with a ‘strategic window of opportunity’ to attempt this hazardous transformation in comparative safety: the US stalemated the USSR in security terms and was prepared to support China’s ‘reform and opening up’ by leaving the huge US market open to Chinese products.

A decade later came the spectacular collapse of the Soviet Union and a peaceful end to the Cold War. China’s economy was beginning to flourish, but the CCP also engaged in the stunningly brutal suppression of protesters seeking greater freedom. The Tiananmen Square massacre in 1989 led to strained relations with Washington for several years, but the White House’s core stance of protecting the accommodation with China survived.

One strand of logic in the American position was the broad contention that a free-market economy was likely to also have a liberalising influence politically and socially. Keeping the US economy open to countries utilising the market system therefore supported US interests. If Tiananmen Square tested this contention, so too did Japan’s emergence in the same timeframe as a state that could compete with the US even in high-technology products. Miraculously, however, although China was an order of magnitude larger than Japan and its adoption of liberal principles to guide the conduct of its affairs a much more problematic contention, the general wisdom of America’s posture towards China wasn’t really contested through the Ronald Reagan, George H.W. Bush and Bill Clinton administrations.

George W. Bush’s administration came to office in January 2001 with a (neo-conservative) mindset to reposition China as a strategic rival and proclaimed a sweeping pivot to Asia centred on this assessment. These policy settings were swept aside by the events of 11 September and Washington’s disastrous determination to put Iraq at the centre of America’s response to mass-casualty terrorism.

Not long after Iraq was confirmed as a historic blunder, China was again detecting a strategic window of opportunity to continue with its export-led growth model. The global financial crisis in 2008 confirmed that this window remained open. It may well have been the case that the GFC drove a shift in the relative stature of the US and China. Key pointers included Beijing’s preparedness to simply deflect US President Barack Obama’s repeated attempts to discourage state-sponsored theft of technology and other intellectual property and its decision in 2014 to implement well-prepared plans to construct seven artificial islands in the South China Sea to try to make its extensive claims there a fait accompli.

The broad posture of engaging with and accommodating China, which emerged in 1972, wasn’t formally terminated until 2017–18 when President Donald Trump’s administration recommitted the US to strategic competition with major powers that wanted ‘to shape a world antithetical to US values and interests’, specifically, China and Russia.

For 50 years, a disciplined and focused China feasted on the fruits of Western success to accelerate its reacquisition of major-power capacities. It secured relief from the Soviet threat, access to immense markets, enduring privileges as a ‘developing economy’ and a relaxed attitude to the theft of technology. This looked like another textbook example of how the US-designed ‘rules-based order’ was supposed to work in respect of states ‘not of the West’. No one saw merit in wondering whether the American-led order could embrace a China that could readily match the US in raw economic muscle and, in the fullness of time, dwarf it.

A little interrogation would have confirmed that the CCP regarded every basic principle of democratic governance as deeply threatening and would, early in the new century, label advocacy of them as treasonous.

China’s hard power continues to converge on that of the US and will exceed it in due course. At some point, a surfeit of hard power will compensate for shortcomings on the soft power front, but until then soft power means that global leadership cannot simply be seized, it must also be bestowed.

Soft power has contributed heavily to America’s standing and influence and, although China certainly recognises this, its own progress on this front has been stunted by its government’s deep aversion to transparency in any shape or form. Transparency is inescapably associated with spontaneity, which in turn threatens the control that the CCP clearly regards as crucial to its survival. This imperative, however, makes the CCP a poor communicator, presenting China as introverted, secretive, evasive and calculating—qualities that crush those associated with soft power: confidence, integrity, legitimacy, frankness and intimacy.

Despite the spectacular economic gains of the recent past, the CCP is not doing justice to China, an extraordinary country by any measure and one that has enriched and continues to enrich our world in so many ways. Tragically, it is likely to prove simply incapable of doing so.

Australia is still searching for a posture of engagement towards the government of China that endures—not least because it involves recognising that the CCP is very unlikely to change its outlook and expectations and the means it feels entitled to employ to achieve them.

Similarly, the Covid-19 experience has propelled the US–China relationship beyond ‘distant’ to overtly hostile. If the fallout from the pandemic includes the threat of a game-changing divergence in the economic trajectory of the two states—as it well might—the relationship could degenerate to instability and outright danger. Perhaps more likely is that the power struggle between these two giants will persist and that this struggle will be both prolonged and fraught with danger. Either way, those with the capacity to make a positive difference, whether alone or in coalitions, need to get to work.

Ron Huisken is an adjunct associate professor at the Strategic and Defence Studies Centre at the Australian National University. Image: Feng Li/Getty Images.