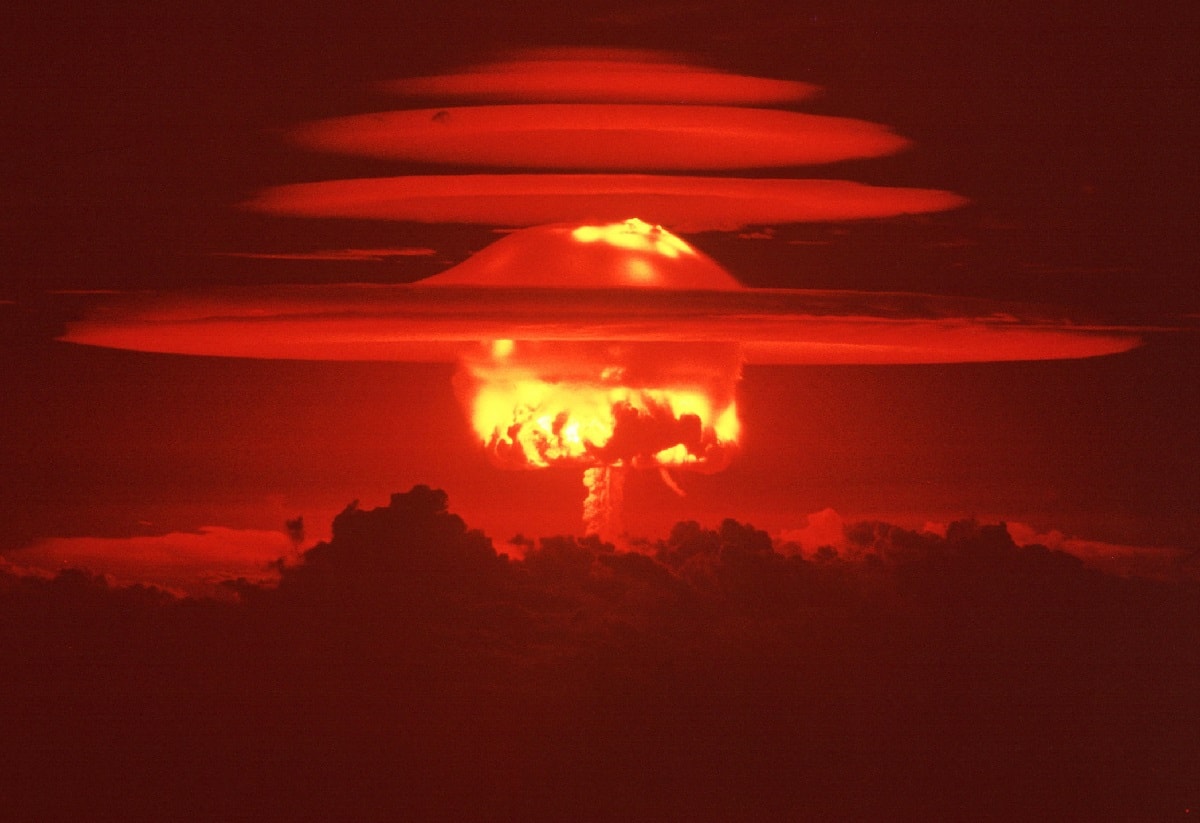 Covid-19 might be dominating the headlines these days, but other important issues still play out in the smaller font sizes. In last month’s executive summary of the 2020 edition of the US State Department’s annual report on global arms-control compliance, a ‘concern’ is raised about possible low-level Chinese nuclear testing at the Lop Nur test site in Xinjiang province.

The issue was promptly picked up by the Wall Street Journal’s Michael Gordon, a journalist with strong credentials and contacts in the field of national security. Although the official report offered little in the way of evidence, Gordon’s coverage suggests some in Washington wanted to put China on notice about the issue. And that, in turn, suggests a renewed focus on nuclear testing—particularly low-level testing—in coming years.

The issue is complex. First, let’s take a closer look at the State Department’s concern:

Nuclear Testing Moratoria as Interpreted in Accordance with the US ‘Zero-Yield’ Standard
People’s Republic of China (China)
China maintained a high level of activity at its Lop Nur nuclear weapons test site throughout 2019. China’s possible preparation to operate its Lop Nur test site year-round, [and] its use of explosive containment chambers, extensive excavation activities at Lop Nur, and lack of transparency on its nuclear testing activities—which has included frequently blocking the flow of data from its International Monitoring System (IMS) stations to the International Data Center operated by the Preparatory Commission for the Comprehensive Nuclear Test-Ban Treaty Organization—raise concerns regarding its adherence to the ‘zero yield’ standard adhered to by the United States, the United Kingdom, and France in their respective nuclear weapons testing moratoria.

The heading contains two important points. First, the reference to ‘moratoria’, and second, the phrase ‘as interpreted in accordance with’.

The Comprehensive Nuclear-Test-Ban Treaty, of course, hasn’t entered into force, since it hasn’t achieved the required signatures and ratifications of the 44 predesignated ‘nuclear-capable’ states. China and the US (among others) have signed the treaty but not ratified it. (Some of the 44 haven’t yet signed.) Hence, the obligations that each country has assumed in relation to nuclear testing spring from their separate moratoria. But a moratorium is a political declaration, not a legal one.

The Chinese commitment to a moratorium on nuclear testing can be traced to a communication forwarded to the International Atomic Energy Agency, dated 1 August 1996. The commitment is expressed only in general terms—it contains no definition of what constitutes a nuclear test, for example, as opposed to a laboratory experiment, and no commitment to a zero-yield standard in relation to such experiments.

That’s not entirely surprising. During negotiations in the UN General Assembly on the scope of the test-ban treaty, defining what was, and what was not, a nuclear test was a key sticking point. The final version contains no definition. America entered the negotiations arguing in favour of a specific threshold—namely, that any nuclear explosion with a yield of less than four pounds of TNT would not be prohibited by the treaty. Other members of the P5 favoured higher figures. Alternatively, China was happy to ban all nuclear-weapon tests but not peaceful nuclear explosions.

The US position shifted to favour a zero-yield standard, which would prohibit ‘all nuclear explosions that produce a self-sustaining, supercritical chain reaction of any kind whether for weapons or peaceful purposes’. Since there are no spare words in arms control, one must assume that the two adjectives—‘self-sustaining’ and ‘supercritical’—were put in there for a reason. Some argue that the P5 reached a ‘common understanding’ on that standard during the negotiations, but if so there’s no actual document formally recording such an agreement.

Two points deserve emphasis. First, all the nuclear-weapon states wanted then—and want today—to continue some form of nuclear experimentation. It’s part of a successful stewardship program for an ageing nuclear stockpile. And, second, verifying compliance with a zero-yield standard is extraordinarily difficult. Such a standard would be breached by tests that resulted in tiny yields. Subcritical hydrodynamic tests don’t reach criticality. But hydronuclear experiments sometimes do, although their nuclear yield is typically smaller than the yields of the conventional explosives used to conduct them.

Given the verification challenges, the State Department’s latest ‘concern’ about China is not especially startling. Similar concerns were expressed by American intelligence officials last year about Russian testing. In both cases the concerns centre on what those countries might be doing, or—just as worrying—might be intending to do. Both Russia and China are pursuing comparatively vigorous strategic nuclear-modernisation programs, which could spur a need for new overt or covert testing.

That nuclear experiments are performed at a test site is not, in itself, evidence of a breach of a moratorium. The US program is conducted at its Los Alamos site, and the Russian program at its Novaya Zemlya site. It’s precautionary. A declassified US intelligence report suggests the Chinese moved their program to Lop Nur after ‘a hydronuclear experiment went out of control at China’s Southwest Institute of Fluid Physics in 1993, resulting in contamination that forced scientists to seal off a portion of the laboratory’.

Moreover, the presence at a test site of containment vessels in which such experiments might be performed isn’t a breach either. And nor is excavation activity—there’s no law against digging holes. The point about China’s blocking of IMS data flows is unusual, but probably requires clarification.  The commission that oversees the system doesn’t seem to mention any such interference on its website. And some commentators say that that the interruptions were merely part of the normal certification process.

Since the US testing moratorium began (its last full-scale test was on 23 September 1992), the Americans say they have conducted only subcritical, hydrodynamic tests, which result in no nuclear yield. A paper published in 2014 by Los Alamos staff gives a good sense of what those tests look like and how they are conducted.

But there’s an older history here. During the testing moratorium between the US and the Soviet Union (1958–61), the Americans did conduct a series of hydronuclear experiments, some of which resulted in tiny yields. And by tiny, I mean tests that had a yield of 1/1,000th of a pound of TNT. The largest fission release occurred late in the test series and involved an unboosted fission weapon; on that occasion the yield was four-tenths of a pound.

Those experiments were primarily concerned not with modernisation of the US nuclear arsenal, but with specific safety concerns. But there are arguments about whether such experiments could drive a modernisation agenda of the sort that Russia and China have been pursuing. So far, the standard rule of thumb has been that—under a nuclear test ban—nuclear-weapon states could make modifications to their weapons that fall within the design range of their previous testing experience.

It’s probably safe to assume that both Russia and China have previously tested warhead designs that would be suitable for their current modernisation programs. Developments in hypersonic delivery vehicles, for example, probably don’t demand new warheads; long-range ballistic missiles move at similar speeds. And China has long been interested in growing a sea-based leg for its nuclear force, so it’s hard to imagine that Beijing has headed down that path without having to hand a suitable warhead for its emerging sea-launched ballistic missiles.

So, what’s Washington’s concern? Well, the rising temperature of geopolitical competition certainly has something to do with it. And older heads in the US might be remembering how that 1958–61 moratorium ended—with a sudden flurry of Soviet testing. Expect further edginess.

In this article:China, Military, Nuclear Weapons

Dr. Rod Lyon is a Senior Fellow - International Strategy. Rod was most recently a Senior Analyst with ASPI. He has previously lectured in International Relations at the University of Queensland where he taught courses on conflict, international security, and civil-military relations. His research interests focus on a range of problems associated with global security, nuclear strategy and Australian security. He previously worked in the Strategic Analysis Branch of the Office of National Assessments between 1985 and 1996. As a Fulbright scholar in 2004, he was a visiting research fellow at Georgetown University in Washington DC, researching a project on the future of security partnerships in the post-September 11 environment. He was appointed to the National Consultative Committee on International Security Issues in April 2005.