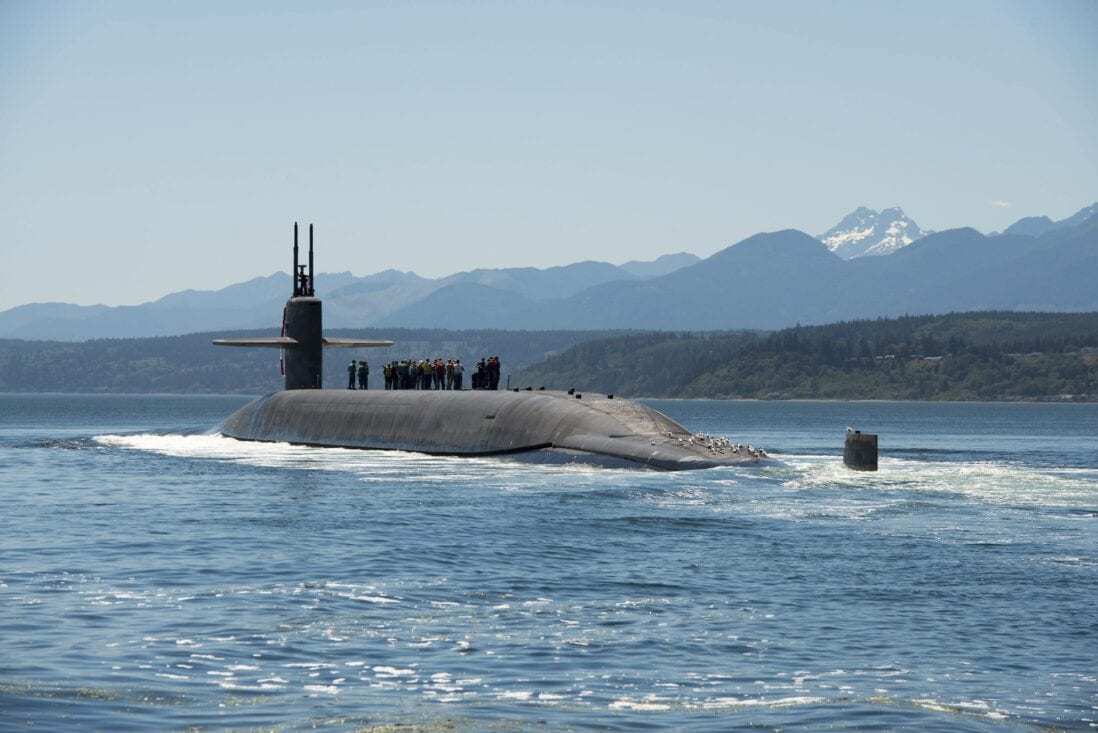 Today is an age of acceleration, a time when Moore’s Law is creating profound changes at diminishing intervals, making it difficult to anticipate strategic, social and technological developments. Some organizations facing these cascades of change, however, continue to plan for the Keynesian long term by adopting programs intended to endure for many years. One of those organizations is the US Navy, which sails a steady course, stabilized by personnel and program cycles and equipment lifetimes that unfold over several decades.

As a result, the United States has a plan and an existing program to maintain a nuclear deterrent onboard a nuclear-powered ballistic missile submarine (SSBN) fleet until the end of the 21st century. Unless strategists truly encounter a black swan at sea—an unanticipated event that shifts the course of history in significant ways—the US Navy will have 12 nuclear-capable Columbia class submarines by the early 2040s.

What explains this steadfast commitment to the SSBN in US nuclear strategy and how might it change?

SSBNs are extremely complex and costly machines that require highly trained and dedicated crews to operate in a most unforgiving environment. On a cost per warhead basis, they are probably the most expensive nuclear-weapon-basing scheme in existence. Americans are true aficionados when it comes to deterrence theory—they have taken the great works to heart and embrace the notion that the ability to hold targets at risk after suffering a nuclear attack or some other destructive insult is the sine qua non of nuclear deterrence.

The US national security establishment is in complete and enduring agreement about the imperative of maintaining the SSBN/SLBM (submarine-launched ballistic missile) system. Both the Obama administration’s (2010) and the Trump administration’s (2018) nuclear posture reviews used virtually the same language to describe the benefits of retaining SSBNs as part of the nuclear deterrent: survivability, no near-term or medium-term threats, and the ability to upload warheads as a hedge against potential threats or failures affecting the other two legs of the US nuclear triad.

Which trends and black swans could affect the US SSBN program? The latest Congressional Research Service report (October 2019) on the Columbia-class SSBN highlights several issues confronting the program. Cost uncertainty, cost growth, scheduling and technical risks, and the fact that the Columbia-class program is linked to the British program to build the Dreadnought-class SSBNs are depicted as problems that could cause a delay in reaching an initial operational capability scheduled for 2031.

These types of problems often complicate big-ticket weapons programs, but the Columbia class is also part of an enduring trend—specifically, the steady decline in the size of the US SSBN fleet.

The US deployed 31 Lafayette/Benjamin Franklin-class SSBNs and 18 Ohio-class SSBNs, and is now planning on 12 Columbia-class boats. Admittedly, the Ohio class carried more missiles (24) than earlier classes, but the Columbia class is designed to carry only 16 SLBMs.

This reduction in the size of the SSBN force thus mirrors the overall reduction in the size of the US strategic deterrent, which is down from about 10,000 deployed warheads at the end of the Cold War to the New START Treaty level of 1,550 deployed warheads. Each new generation of US SSBN contains approximately 40% fewer ships than its predecessor.

If this trend continues, the next class of SSBN, which would be under development around 2060, would contain only seven boats, which would yield an incredibly high cost per deployed warhead. Given the many decades spanned by the Columbia-class program, what amounts to a trend towards disarmament might undermine support for the SSBN in the outyears. There’s a chance that some combination of the high cost of deploying so few warheads on such an expensive system and the perception of diminished need might make the Columbia class the last US SSBN.

The longevity of the Columbia-class program is also an anomaly in an age of acceleration. The combination of longevity and acceleration creates a setting where the emergence of a black-swan threat to the program appears likely.

There might also be brute-force solutions to submarine surveillance—given sufficient computational power, the oceans might become increasingly transparent. Deliberate cyberattacks, cyber context (for example, unintended and unauthorised interaction between classified and public computer and communication networks), autonomous/robotic anti-submarine weapons, nanotechnologies, nanoenergetics and various forms of insider threats alone or in unanticipated combinations could potentially pose a threat to the SSBN.

This sort of development, however, would have far-reaching consequences because the US would be forced to undertake profound operational and materiel responses across its deterrent force to compensate for the emerging threat to its primary nuclear second-strike capability.

There’s a paradox hovering around any assessment of the future of the US SSBN fleet. On the one hand, the US political and strategic commitment to the SSBN is firm and abiding. On the other hand, acceleration produces profound technological, social and political changes at diminishing intervals, placing a premium on rapid innovation, adaptability and diversity of systems that can respond to an increasingly chaotic environment.

The SSBN bucks this trend. It is a big-ticket item that resists modification. It is intended to last for decades. The SSBN places the US secure second-strike capability into a few extremely expensive baskets despite the fact that trends in just about every other industrial and technological domain favour rapid production of low-cost systems optimised to exploit short-lived technological advantages.

Oddly enough, those closest to the US SSBN programs don’t seem to recognise that this paradox exists. The failure to recognise and somehow respond to this longevity-acceleration paradox might, in fact, be the greatest threat facing the future of the next generation of SSBNs.

This piece was produced as part of the Indo-Pacific Strategy: Undersea Deterrence Project, undertaken by the ANU National Security College. This article is a shortened version of chapter 5, ‘The SSBN and US nuclear strategy: the future of the maritime deterrent’, as published in the 2020 edited volume The future of the undersea deterrent: a global survey. Support for this project was provided by a grant from Carnegie Corporation of New York.

James J. Wirtz is professor and dean at the School of International Graduate Studies, US Naval Postgraduate School, and works on nuclear strategy, international relations theory and intelligence.

James J. Wirtz is professor and dean at the School of International Graduate Studies, US Naval Postgraduate School, and works on nuclear strategy, international relations theory and intelligence.