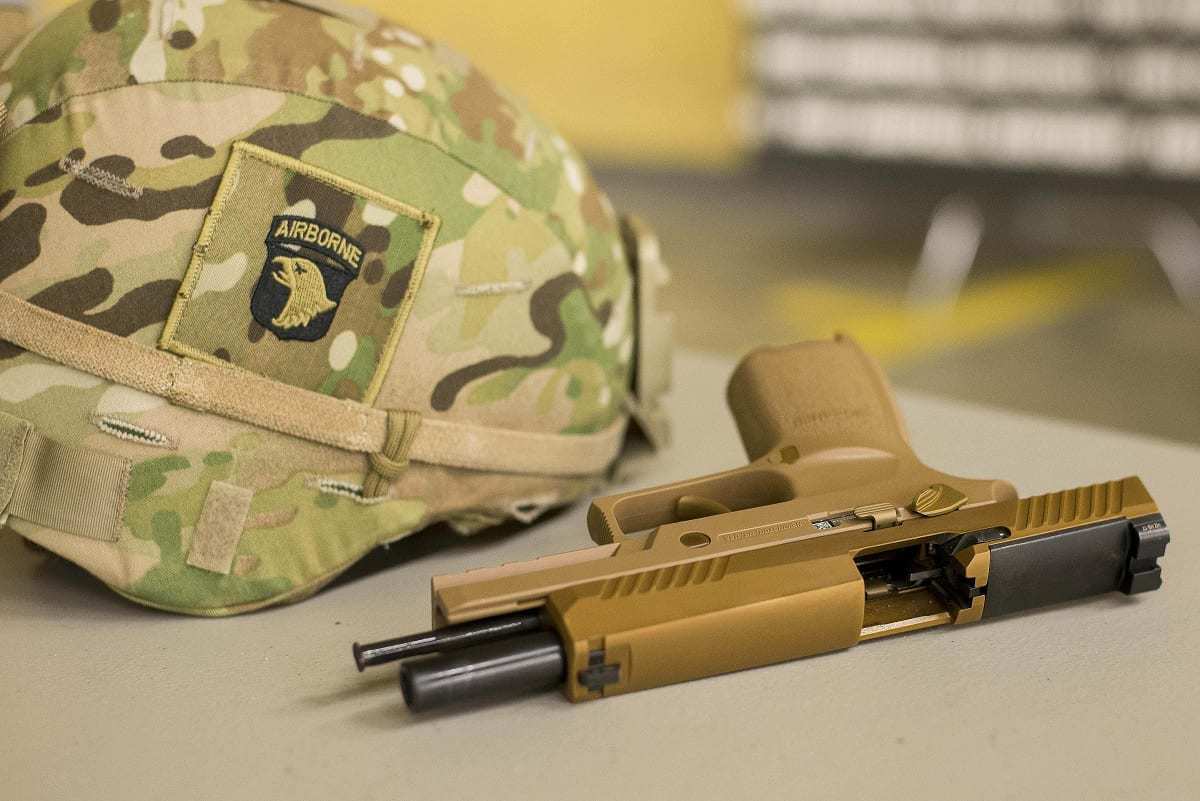 The 10-year contract is expected to cost $580 million and ultimately deliver 200,000 pistols to the U.S. Army, as well as an additional 400,000 pistols to other branches once their pistols reach the end of their useful lifespans.

The pistols themselves are based on SIG Sauer’s P320, and are chambered in the ubiquitous 9x19mm Parabellum pistol cartridge. They come with a standard 17-round magazine, or with longer 21-round magazines that extend somewhat from the bottom of the pistol’s grip.

What makes this new service pistol rollout unique however is not so much the pistols themselves, but the new ammunition that ships with them.

SIG Sauer partnered with Winchester, as the company has a large industrial base that it currently draws on to supply ammunition to the U.S. military.

To quote one expert analysis, “The ammunition accompanying the M17 includes the M1152 FMJ and the M1153 Special Purpose loads. There are actually four, and they are described in part in [the United States] government documents as: “Ball, Jacketed Hollow Point (JHP), Drilled Dummy Inert (DDI) and Blank.” While it is pretty obvious what the dummies and blanks are for—I’ll skip them—the uses for the M1152 and M1153 are given as “The Ball cartridge is intended for use against enemy personnel, for training, and for force protection. The JHP cartridge is required for use in situations where limited over-penetration of targets is necessary to reduce collateral damage.” In case you didn’t catch it, “Special Purpose” equals “jacketed hollow point.”

A flat nose full metal jacket and hollow point round would provide significantly better stopping power than regular ball rounds, and would be a departure from standard military ammunition.

The Marines are Coming

The United States Marine Corps is in on the action as well, though their M18 pistol is somewhat different from the M17 that will be in service with the other branches.

A recent Marine Corps press release said it best. “For the first time since former President Ronald Reagan’s Administration, the Marine Corps is fielding a new service-wide pistol replacement.” The new SIG Sauer M18 is a smaller, more compact version of the M17, featuring a 3.9-inch barrel, compared to the M17’s 4.7-inch barrel. Some specialized units in other service branches do issue the smaller M18, though not exclusively. 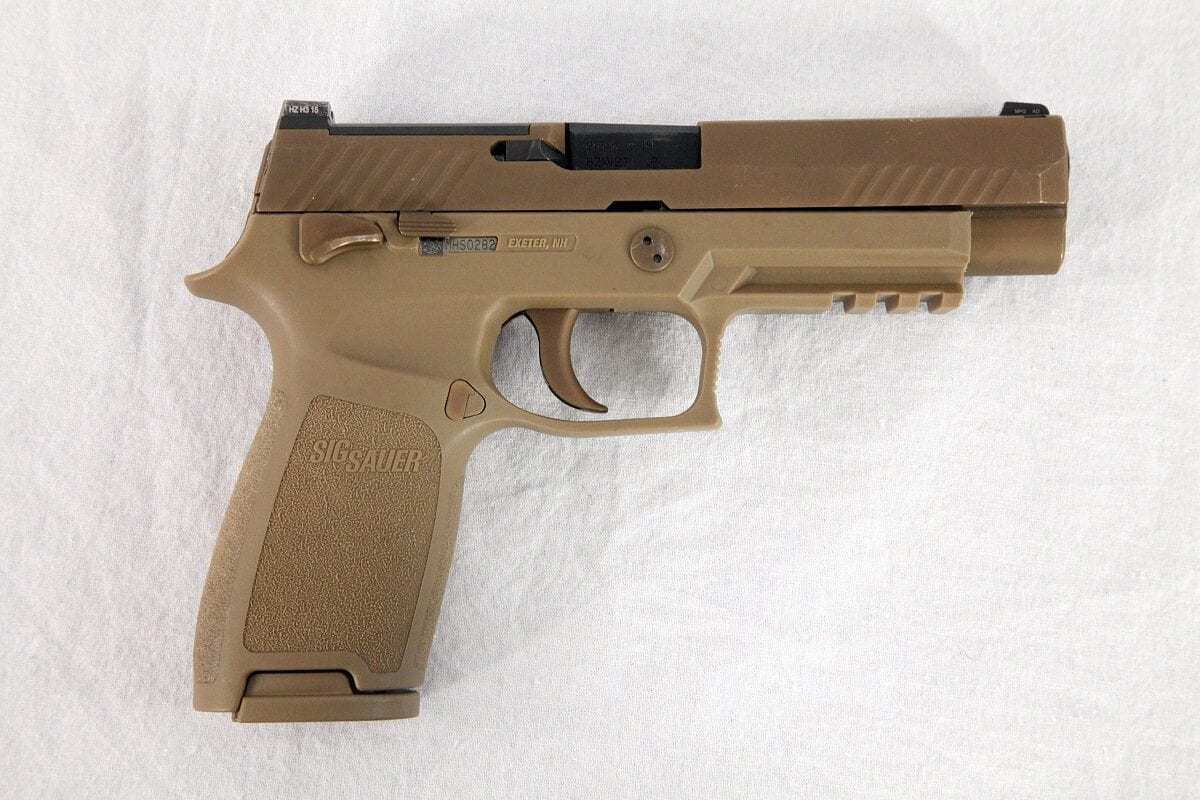 Both of these barrel lengths are shorter than the Beretta M9’s 4.9-inch barrel. Despite the shorter barrel lengths, both the M17 and M18 are more accurate and have a superior shot dispersion compared to the M9, and presumably all the other pistols in Marine Corps inventories — the M9A1, M45A1 and M007 — which have been in service for an incredibly long time. In the case of the M45A1, itself a M1911 derivative, service life has been for over a century.

Despite the ongoing global pandemic, SIG Sauer delivered their 200,000th pistol earlier this month. And combined with Winchester’s powerful handgun ammunition, the M17 and M18 pistols will bring a powerful new capability to the United States military.