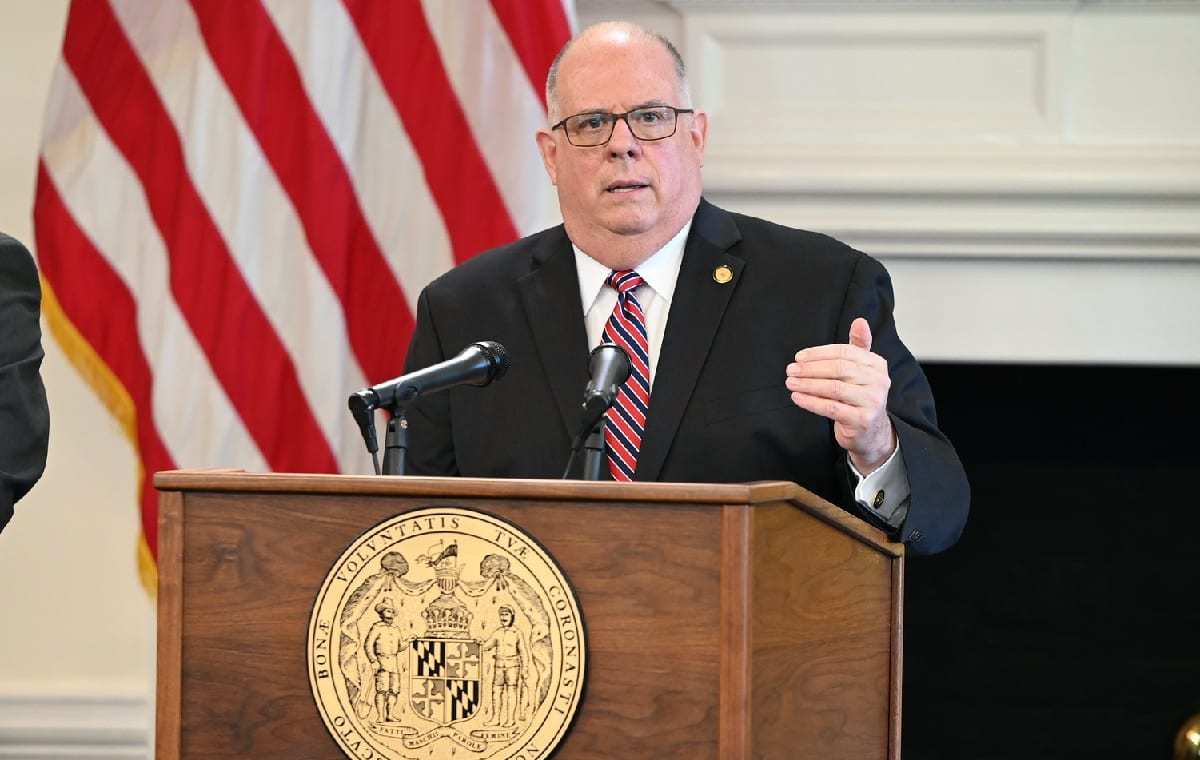 Current Maryland Governor Larry Hogan has not been shy when it comes to calling out Donald Trump or any of his associates for what he considers is less than constructuve behavior–and that’s putting it mildy.

Here is a recent interview Hogan did with Chuck Todd over at MSNBC–and he does not pull his punches in the slightest. Please read the transcript below, which is quite interesting to say the least.

He’s talked to both Vice President Pence and president-elect Joe Biden about the coronavirus this week. He’s one of the few people — maybe he’s the mediator in this transition for us.

I have got to ask you about what happened at the headquarters of the Republican National Committee yesterday, with Rudy Giuliani, this Hugo Chavez conspiracy theory, using QAnon stuff having to do with the — I mean, this was this was some out-there stuff, Governor Hogan.

But they used the headquarters of the Republican National Committee. As a Republican, how uncomfortable would that make you?

And — but it’s — on the one hand, it’s outrageous. On the other hand, it’s really not surprising. But it’s all a sideshow. As you mentioned just a moment ago, this week, we are actually having real meetings and real progress.

And so, when you get away from the sideshows of what is going on…

HOGAN: …the people are working together on the important issues in the country.

TODD:  But are you — you know, you say it’s a sideshow, but you have got the Treasury secretary pulling back necessary financial vehicles that have helped deal with some of the economic concerns that businesses have.

You have what — some of the things we have seen at the Pentagon, I mean, are you — yes, it’s a sideshow, but could we be setting back the response by the efforts that some in the administration are making to basically subvert the transition?

HOGAN:  Yes, well, I had some of those discussions with both the current vice president and the former vice president, who is the president-elect, earlier this week.

First of all, I think that was a mistake. I agree with the Fed. We need to have that flexibility for them in the middle of this economic crisis. I am not sure what the motivation there was.

And I am very concerned — and I have raised the issue repeatedly — that we really do need a peaceful transition of power. We need to begin the transition to the new administration.

HOGAN:  But, particularly in the middle of this incredible pandemic, to not have the incoming team…

HOGAN: …be — being briefed about what we are going to do about this crisis is just unheard of.

TODD:  One sentence from Senator Mitch McConnell calling Joe Biden the president-elect would probably bring 40 Republican senators with him under that umbrella.

Have you thought about directly asking Senator McConnell, because it would — it could put an end to this and give the cover to the GSA to just start this process?

HOGAN:  Well, I’m not sure Mitch is going to listen to that advice, but I would recommend that to him.

I think there are a lot of people who are — realize that he is the president-elect, and that believe that we should have a transition, and maybe they’re just not — they are somehow afraid to speak out, for fear of retribution.

But I congratulated the president-elect as soon as the race was called. I was the first Republican in the country to do so. The day after the election, Senator Joe Manchin and I had a commercial out saying, we got to respect the vote and have a peaceful…

And so there have been some people speaking out. I know I heard Senator Romney yesterday, a number of my gubernatorial colleagues.

HOGAN:  We had — we had five Republicans on the call with the vice president yesterday — or the conference — videoconference.

And I think we have just got to continue to make progress.

TODD:  Based on what you know on the task force and what you learned from Vice President Pence, will this be an easy transfer when it comes to Operation Warp Speed? Will this be something that, assuming everybody operates in good faith, that it could be a smooth handover?

Is it going to be a complicated process? I mean, what — you know perhaps more about this than maybe those on the president-elect’s team yet right now.

I was leading the nation’s governors throughout most of this crisis. Governor Cuomo has now taken over that responsibility, along with Governor Hutchinson. And so we did know more than their incoming team. And we — mostly, it was a fact-finding mission on their part. They were asking a lot of questions. We were giving them — bringing them up to speed, because we have been on the front lines of this.

I’m hopeful. I think it’s extremely important — I told it to both administrations — that we have to get them talking. Operation Warp Speed is a tremendous success for the current administration. The vaccine is critically important to getting our economies back on track and getting us back to normal — some type of a normal pre-COVID life.

And I think both teams realize it is absolutely critical. So, that’s why it’s frustrating that we still have kind of the not accepting, not conceding, not officially starting the transition.

But I’m confident that cooler heads will prevail, and that there will be a smooth handoff, and that we will keep all these things moving and continue to make progress.

TODD:  Governor, before I let you go, I want to give you a chance to respond to this “Washington Post” report about the test kits you bought from South Korea. And we all remember that. That was back when everybody was scrambling.

TODD:  It’s understanding, from their reporting, that these test kits ended up not really working.

I guess — the question I have for you is, look, everybody was scrambling. Not a surprise that maybe some efforts don’t work.

Do you regret not publicly telling the legislature and those in Maryland government that this didn’t work?

HOGAN:  No, the story was completely false, actually, Chuck.

So, we did announce that we — the FDA changed the authorization on the test. It was an emergency use authorization. We — at the time we acquired those half-million tests, we were the only state in America to have them.

We did then switch out to a faster upgraded test that met the new FDA standards. And they have been the cornerstone of our testing strategy for the past six or seven months. We have used nearly 400,000 of these tests. We use them on all of our outbreaks and clusters.

So, we announced that we got the second load of tests many months ago. The story was just completely false.

But the FDA changed their protocols. And so we switched.

HOGAN:  We were able to swap them out with the company to get a different batch that the FDA liked better, and that actually turned out to work even a little faster than the great test we had the first time.

TODD:  Governor Larry Hogan, Republican from Maryland, a big part of the NGA’s leadership, as he just mentioned, until he just handed it off to Governor Cuomo.

Thank you for coming on and sharing your perspective, sir. Appreciate it.