The F-35 Could Soon Be Flying for Switzerland 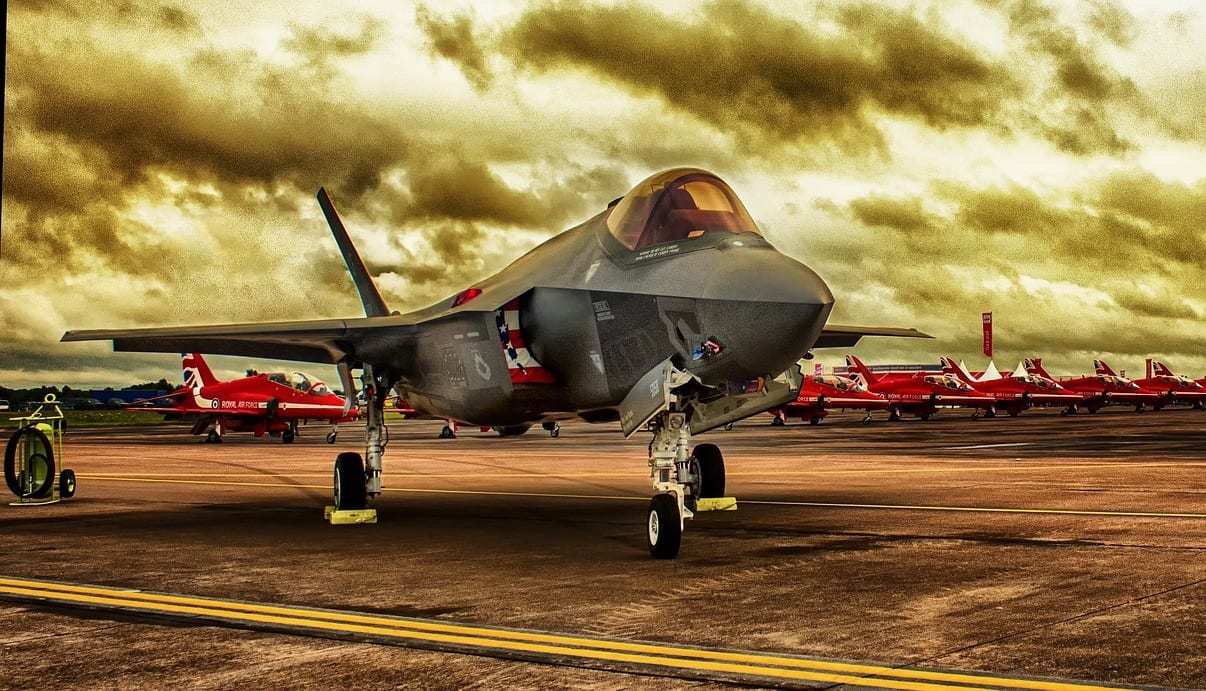 Switzerland has maintained a strict policy of neutrality since the early 19th century including throughout two World Wars. After the Napoleonic Wars, the leaders of Europe concluded that a neutral Switzerland would serve as a valuable buffer zone and contribute to stability in the region, but despite this, the Swiss government became a member of the Partnership for Peace (PfP) program in 1996 and a member of the Euro-Atlantic Partnership Council (EAPC) in 1997.

The government in Bern has also supported NATO-led operations in the Balkans and has actively engaged with the NATO Science for Peace and Security (SPS) program since 1990. The Swiss continue to maintain the stand of “armed neutrality,” which supports the NATO peacekeeping mission while not being part of the alliance.

However, Switzerland could soon also be embracing the latest hardware used by the military alliance – the Lockheed Martin F-35 Lightning II. Last week, the U.S. government and Lockheed Martin formally submitted an F-35 proposal to the Swiss government in support of its New Fighter Aircraft (NFA) competition.

The proposal offered by the American defense contractor is a total package that could include up to forty of the F-35A variant of the Joint Strike Fighter – the traditional take off and landing version that is currently used by the United States Air Force as well as multiple partners in the program. The sustainment solution was also tailored to Swiss autonomy requirements, and could include a comprehensive training program.

The offering also included an industrial package that would provide Swiss industry with substantial F-35 work opportunities that mean that if Bern does select the fighter, industrial work on the aircraft would take place across the Alpine nation. Part of the proposal ensures that Swiss industry is offered the opportunity to compete for direct production of components for use on all F-35s produced, as well as sustainment projects focused on supporting the Swiss Air Force and to further enhance Swiss autonomy.

According to Lockheed Martin, the offer also utilizes the F-35 Global Support Solution for sustainment to ensure Switzerland benefits from the European F-35 economies of scale to realize lower sustainment costs for the Swiss Air Force. This includes a six-month spares package, which would ensure that the Swiss Air Force has the ability to conduct autonomous operations if needed. The defense contractor also offered an option for the assembly of four aircraft in Switzerland to ensure that the Swiss Air Force and Swiss industry can gain the experience and understanding of how to properly maintain the F-35 airframe as well as its advanced capabilities for the life of the program – which is expected to last into the 2070s or beyond.

“We are confident that our F-35 offer is the best and most affordable solution for the Swiss NFA competition,” said Greg Ulmer, F-35 Program vice president and general manager. “We are offering the only 5th generation fighter at the cost of 4th generation aircraft while offering Switzerland an aircraft that will protect Swiss sovereignty for decades to come.”

To date, the F-35 has been selected by thirteen nations and the fifth-generation stealth aircraft is operated from twenty-six bases worldwide, with nine nations operating F-35s on their home soil. There are now more than 585 F-35s in service today, with more than 1,190 pilots and 9,750 maintainers trained on the aircraft.

Lockheed Martin offered its proposal after the Swiss electorate voted in September to purchase new fighter aircraft by the end of the decade. However, the vote was especially close with the electorate very narrowly rejecting the opposition’s claim that “expensive luxury fighter-planes” were, in essence, a waste of resources for the nation that has maintained its neutrality since 1815.

The F-35 may not be the only option for Bern however. Airbus, along with the Federal Republic of Germany officially submitted an offer to the Swiss Federal Office of Armaments for the Tranche 4 Eurofighter Typhoon. That offer was prepared in cooperation with the other Eurofighter nations as well as the industrial partners including Italian-based Leonardo and the UK’s BAE Systems. It reportedly met the requirements of the new combat aircraft procurement from the government in Bern to replace the Swiss Air Force’s fleet of F-5 and F/A-18 aircraft.

That offer was also made to further deepen the existing military partnership between Berlin and Bern, as the German Luftwaffe selected the upgraded and enhanced Eurofighter over the F-35.

If Switzerland were to opt for the Eurofighter, it could also allow for greater joint training between the two air forces. Additionally, the Eurofighter could even provide the Swiss with full autonomy in the use, maintenance and application of the data from its aircraft. As more than 660 of the Eurofighters have been ordered, it is the most widely used aircraft for securing the airspace over Europe.