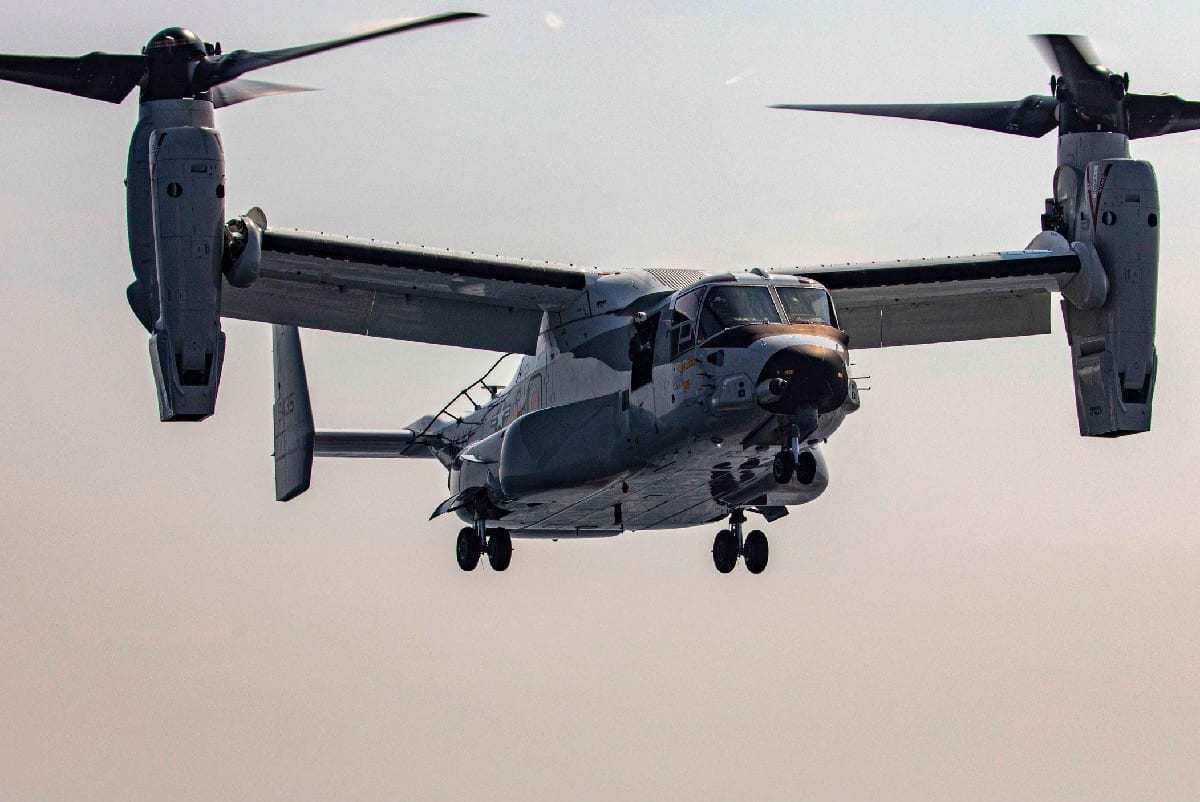 Last week the CMV-22B Carrier Onboard Delivery (COD) variant of the Osprey tilt-rotor aircraft from the “Titans” of Fleet Logistics Multi-Mission Squadron (VRM) 30 made its first aircraft carrier landing on the USS Carl Vinson (CVN-70), while the warship was operating in the Pacific Ocean. That marked the first time the U.S. Navy’s latest COD platform performed such a landing, according to Naval News.

The Boeing-built aircraft is the latest variant of the tilt-rotor fleet, and it has joined the MV-22 and CV-22 used by the U.S. Marine Corps and U.S. Air Force respectively. The Navy chose the CMV-22B to replace the C-2A Greyhound for the transportation of personnel, mail, supplies and high-priority cargo from shore bases to aircraft carriers at sea. The C-2A has been fulfilling the COD role since 1966

“With the ability to travel up to 1,150 nautical miles, the CMV-22B will be a lifeline for our servicemen and women out at sea,” said Kristin Houston, vice president, Boeing Tiltrotor Programs and director, Bell Boeing V-22 Program, in a statement in January when the platform successfully conducted its first flight. “The quality and safety built into this aircraft will revolutionize the way the U.S. Navy fulfills its critical carrier onboard delivery mission.”

Bell Boeing had designed the Navy variant specifically for carrier fleet operations and this included providing increased fuel capacity for the extended range requirement. It also offers beyond-line-of-sight HF radio, improved fuel dump capability, a public address system for passengers on board and an improved light system or cargo loading. It can transport cargo or personnel weighing up to 6,000 pounds to a range of 1,150 nautical miles. 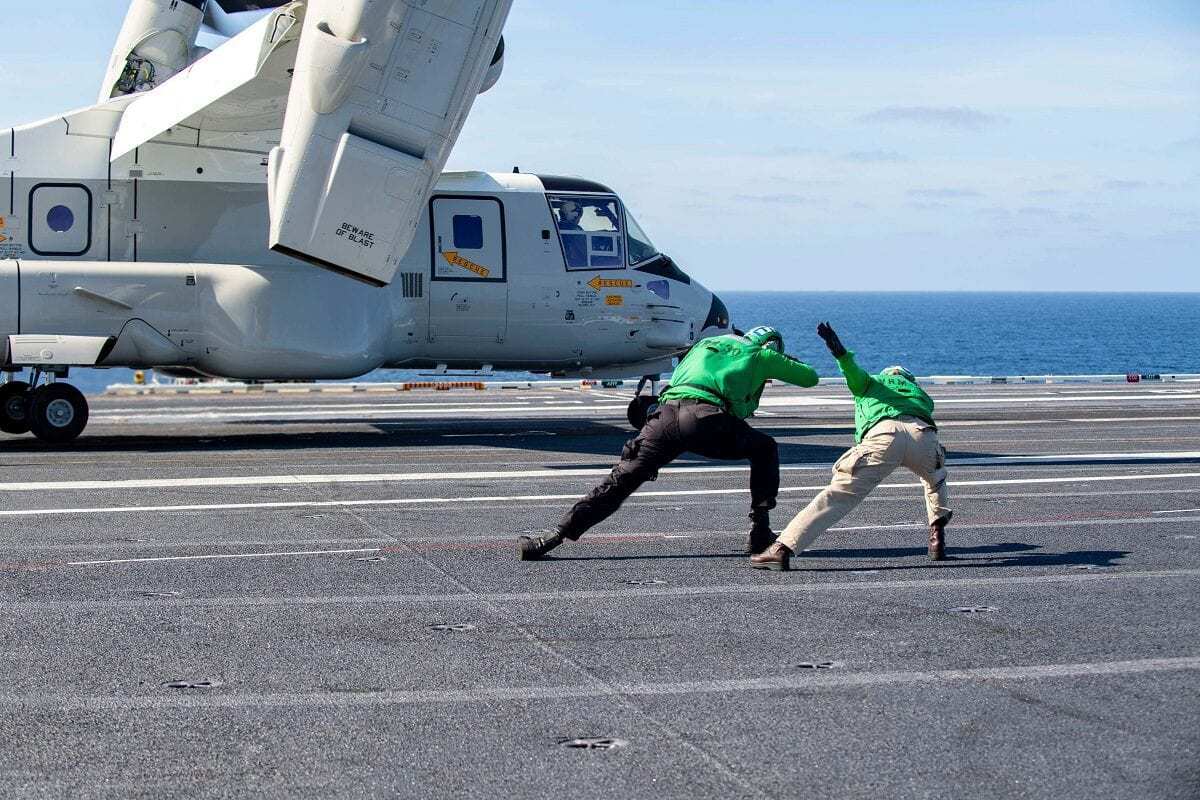 The aircraft is powered by two Rolls-Royce Liberty AE1107C engines, each delivering 6,200 shaft horsepower. It has a maximum speed of 280 knots, and a ceiling of 25,000 feet. The CMV-22B Osprey has a crew of four including the pilot, co-pilot, two crew chiefs. It can carry up to twenty-four troops.

The mission flexibility of the CMV-22B Osprey will also increase operational capabilities and readiness, in addition to ferrying major components of the F-35 engine to the Navy’s carriers. That latter point is among the reasons the Navy selected the Osprey – as it is among a few aircraft that has the ability to carry the Pratt & Whiteny F135 engine power module used by the Navy’s F-35C Lightning II Joint Strike Fighter.

As a variant of the MV-22B, it can take-off and land as a helicopter but transit as a turboprop aircraft, and can provide the Navy’s carrier fleet with increased capability and operational flexibility over the C-2A. The aircraft can be used in operations that are shore-based, “expeditionary,” or sea-based. The Navy has described the Osprey as a “critical warfighting enabler” and can provide time-sensitive combat logistics needed to support combat operations.

According to the U.S. Navy, the CMV-22B is expected to field with Initial Operational Capability (IOC) in 2021 (projected), and a Program of Record has forty-eight of the Ospreys projected, but the Navy plans to procure only forty-four aircraft.