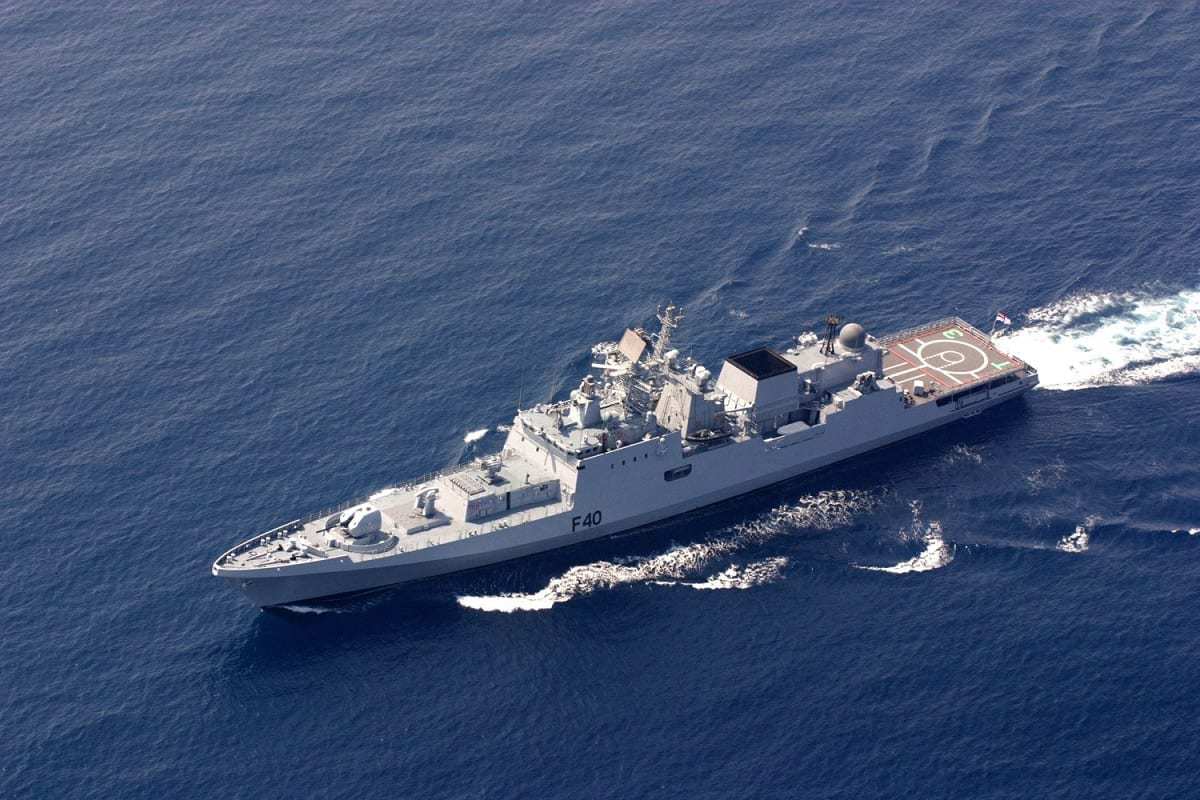 Even as the United States and India have moved closer as international partners, and conducted joint naval exercises, last month in the Indian Ocean, New Delhi clearly maintained a neutral stance on the global stage. Just days after completing the joint Malabar 2020 exercises with the United States Navy, as well as the navies of Australia and Japan, the Indian Navy has announced that it may hold joint drills in the Black Sea with Russia.

“During a meeting of the Indian military delegation led by Naval Attache at the Embassy of the Republic of India in Russia Commodore Manish Chadha with Baltic Fleet Commander Admiral Alexander Nosatov, the Indian side expressed its wish to hold joint drills of the fleets of both countries in the Baltic Sea and take part in the events of celebrating Russia’s Navy Day in 2021,” the Russian Navy’s Baltic Fleet’s press office said in a statement.

According to Tass, the representatives who were in attendance at the meeting also discussed bilateral naval cooperation and joint drills. The Baltic Fleet commander commented on the Indian naval sailors’ high skills demonstrated during the Indra-2019 Russian-Indian naval anti-piracy maneuvers held in the Indian Ocean in December of last year.

India’s representative also suggested that the level of naval interaction between the two countries has been very high and should be developed further. The proposed drills in the Baltic Sea, which was suggested by India, would be an opportunity to build on the partnership that exists between New Delhi and Moscow.

The discussion between the two nations’ naval representatives went beyond a proposed drill, and during the meeting, the Russian and Indian delegations discussed bilateral interaction in the construction of Indian warships at Russian naval shipyards – while trials and testing would also be conducted at Baltic Sea ranges.

Russia’s Yantar Shipyard at Kaliningrad on the Baltic coast has already laid down two frigates for the Indian Navy. Those are for two of four Project 11356 (Admiral Grigorovich) frigates that were part of a contract signed by Russia and India in November 2018. Under the terms of that deal, two of the frigates would be built at the Yantar Shipyard, which is part of the United Shipbuilding Cooperation, while the other two would be built at India’s Goa Shipyard Limited (GSL) on the Indian Ocean.

The Project 11356 frigates are armed A-190 100mm artillery guns, striking missile, and air defense systems, including Kalibr and Shtil weapons and torpedo armament. This gives the capability for anti-surface warfare (ASuW) and anti-submarine warfare (ASW) in littoral and ocean zones, while the warships can also be used to deliver strikes against land-based targets and fight air targets independently or as part of a naval group. The frigates displace 3,620 tons and have a top seep of 30 knots with an operating range of 4,850 miles. The warships can also carry ka-27 helicopters.

The frigates were originally ordered for Russia’s Black Sea Fleet, but could not be completed after Ukraine refused to provide turbines for the ships following the 2014 conflict in Crimea and Eastern Ukraine. An agreement was reached for Ukraine to provide the turbines as long as the ships were exported to India.

While Washington and New Delhi have moved closer together to counter aggression from Beijing in the Indo-Pacific, India has maintained its ties to Russia. Even as Washington has heavily courted New Delhi and sold military hardware to India, Russia has remained the main exporter of weapons to India and clearly, that isn’t likely to change anytime soon.