Iran-Al Qaeda Alliance? There Is No Such Thing.

GAU-8 Avenger: The Cannon That Powers the A-10 Warthog

Saab A-36: A Supersonic Nuclear Bomber for a Russia War

How Iran Could Get Nuclear Weapons on Biden's Watch 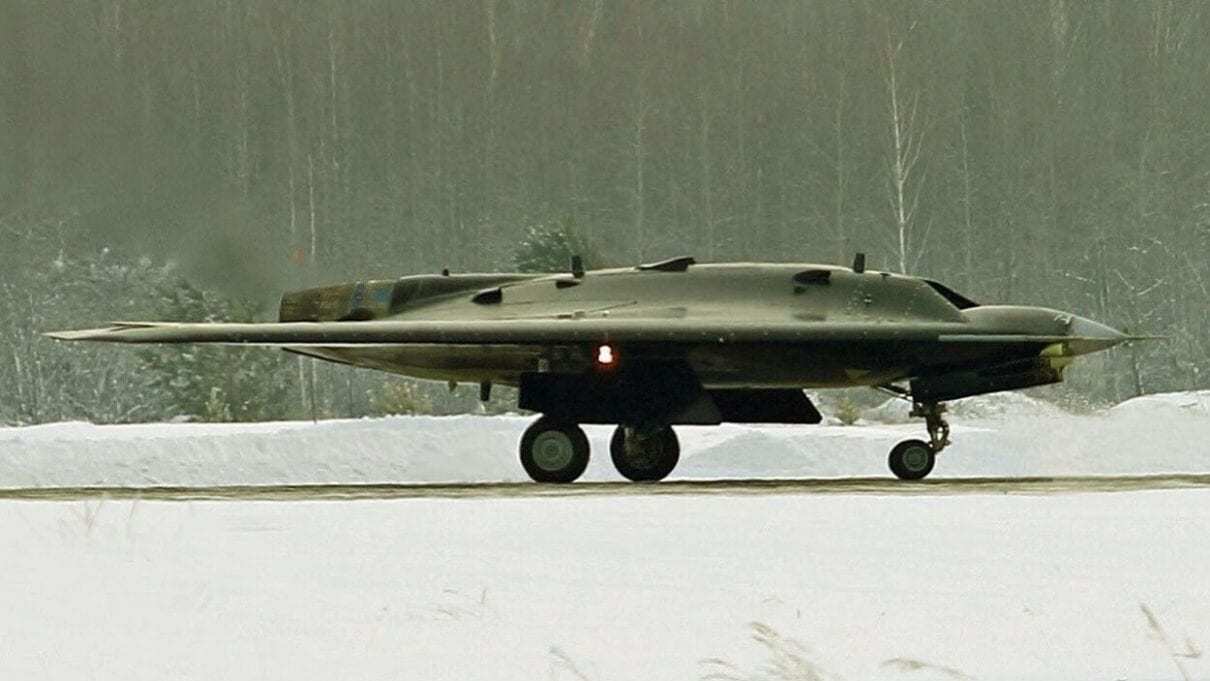 Quoting a defense sector source with knowledge of the flight trials, RIA reported that, “from the strip of the military airfield of the Center for Combat Training and Combat Use of the Russian Aerospace Forces at the Ashuluk training ground, several flights of the Okhotnik were performed with functional simulators of guided air-to-air missiles. Such missiles in the combat version are designed to destroy other aircraft.”

The source also explained that the simulated missiles “have a casing and all electronic components of the corresponding missile, but are deprived of a motor and a warhead,” though they did feature radar and infrared homing devices. Although the exact timeline of the tests is unclear, the RIA source also affirmed that the tests were recent.

The Okhotnik platform, Russian for ‘Hunter’ is a large, unmanned, single-engine aerial vehicle of a flying-wing design, intended to perform both reconnaissance and intelligence gathering as well as fly combat missions.

In the latter role, the Okhotnik would serve in a “Loyal Wingman” capacity, taking the lead ahead of manned fighter jets in contested environments, gathering and relaying battle-space information to pilots, and physically protecting them by absorbing incoming enemy air-to-air or surface-to-air missiles. Loyal Wingman-type platforms could also fire on enemy aircraft or ground targets via manned pilot control. 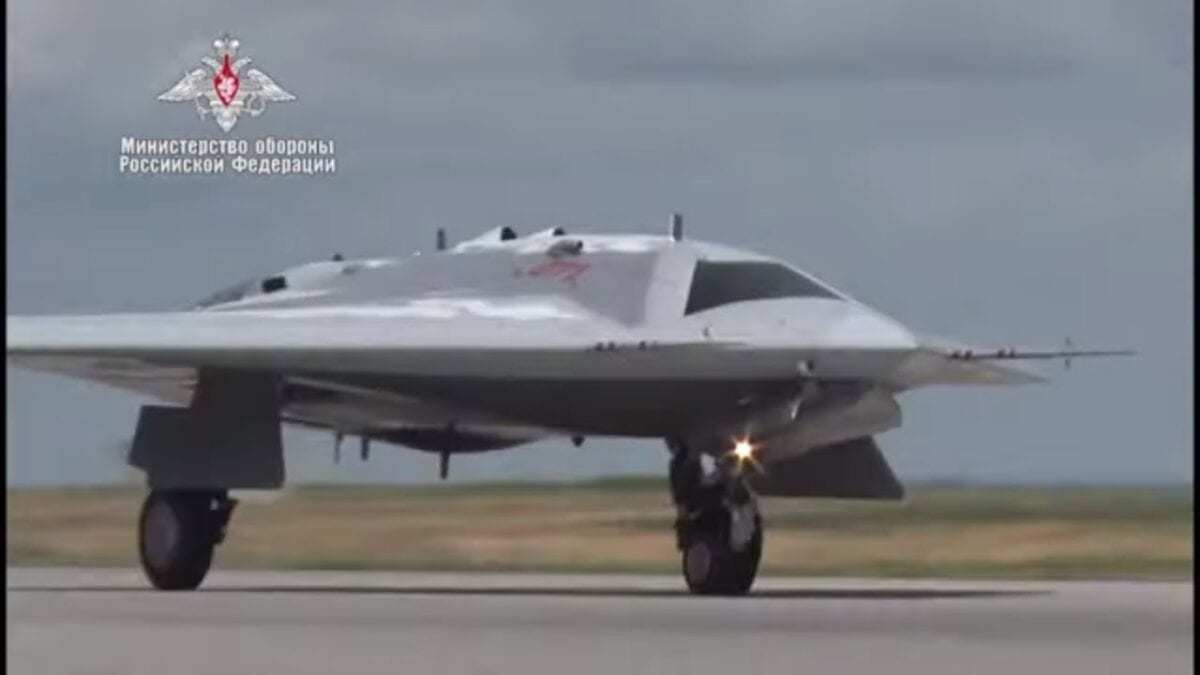 New Russian drone in action. Russia’s new heavy drone, the Okhotnik, which translates as the Hunter, took off for its first flight on August 3, 2019.

A Stealth Drone? Not Exactly

Though Russian sources have touted the Okhotnik’s stealth capabilities, the platform may actually be more of a reduced radar cross-section platform, rather than a true stealth drone. While the airframe is a flying-wing design, the preferred shape for a wide variety of stealthy aircraft from World War Two Nazi Germany vintage to modern present-day designs, the Okhotnik’s stealthy design is likely significantly degraded by the several large antennas, air scoops, and other bumpy protrusions clearly visible on the airframe.

Admittedly, the Okhotnik’s purported stealth coating would help to partially mitigate these drawbacks, but the airframe would likely have to undergo a significant redesign to be considered a truly stealthy design.

The recent spate of sophisticated unmanned aerial vehicle manufacture underscores just how important they will be to the future of aerial warfare and is not just limited to Russia. The United States is making rapid strides towards pairing large, combat-capable platforms with manned stealth fighters too.

Caleb Larson is a defense writer with the National Interest. He holds a Master of Public Policy and covers U.S. and Russian security, European defense issues, and German politics and culture.