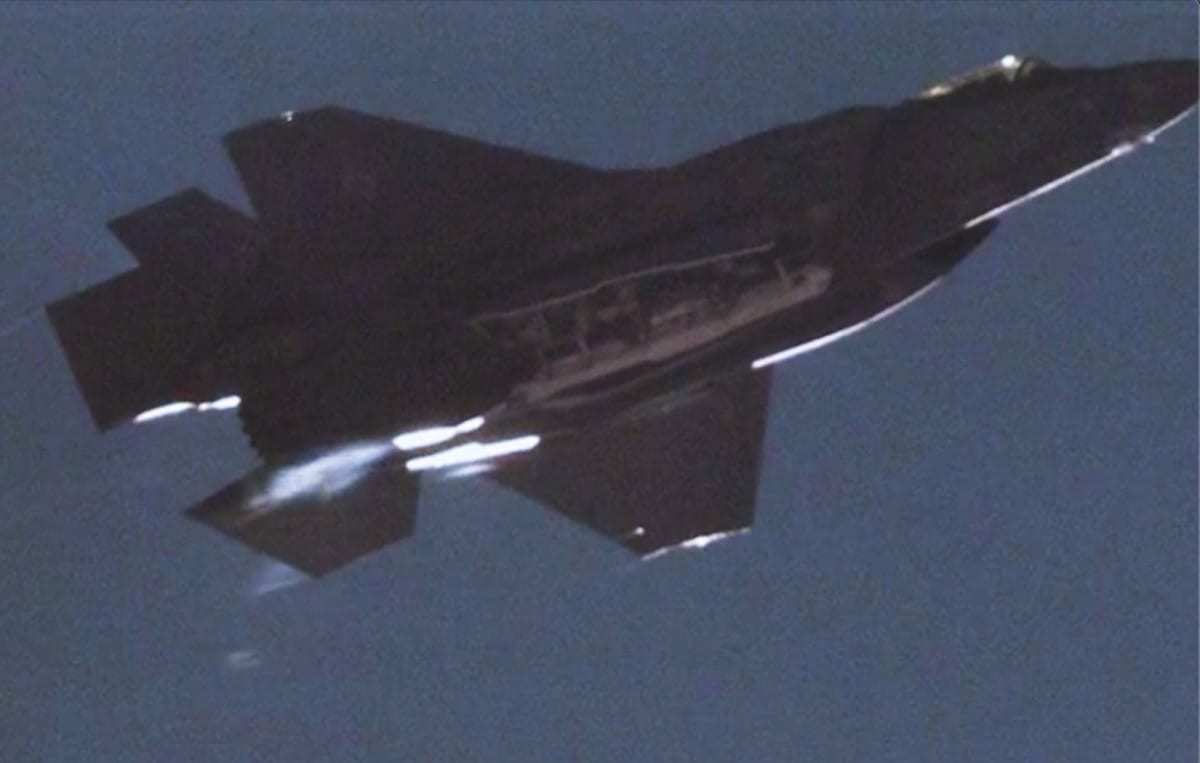 At the Tonopah Test Range, a flat, dusty area 160 miles northwest of Las Vegas, an F-35 flying at supersonic speed dropped a B61-12 nuclear bomb onto the desert floor at an altitude of 10,500 feet.

Luckily, the B61-12 was an inert training bomb and did not explode.

The high-speed test lasted for about 42 seconds and was a success. A video of the drop can be seen here.

Sandia National Laboratories is America’s one-stop-shop for nuclear stockpile design, engineering, and maintenance. The company is currently upgrading the United States’ B61 nuclear gravity bomb to the B61-12 standard.

Scandia explained the B61’s life extension program as a program that “allows scientists and engineers to address the aging of nuclear weapons components. Some components are requalified and go back into a weapon without change; others that have aged are remanufactured using the original specifications, and sometimes the original technology is no longer available, so Sandia redesigns those parts using modern technology.”

The B61 originally entered service with the United States in 1968, and this latest refurbishment is expected to extend the B61’s service life for an additional 20 years.

The B61 is one of just two free-falling or “dumb” bombs that the United States currently keeps as is the smaller of the two. And, though both are nuclear, the B61 is more accurate than the larger B83, making the B61 more of a scalpel than a sword. The smaller explosive force of the B61 makes it more of a tactical weapon and would offer more operational flexibility due in part to the lower amount of nuclear fallout the bomb would create and the more precise nature of its explosion. 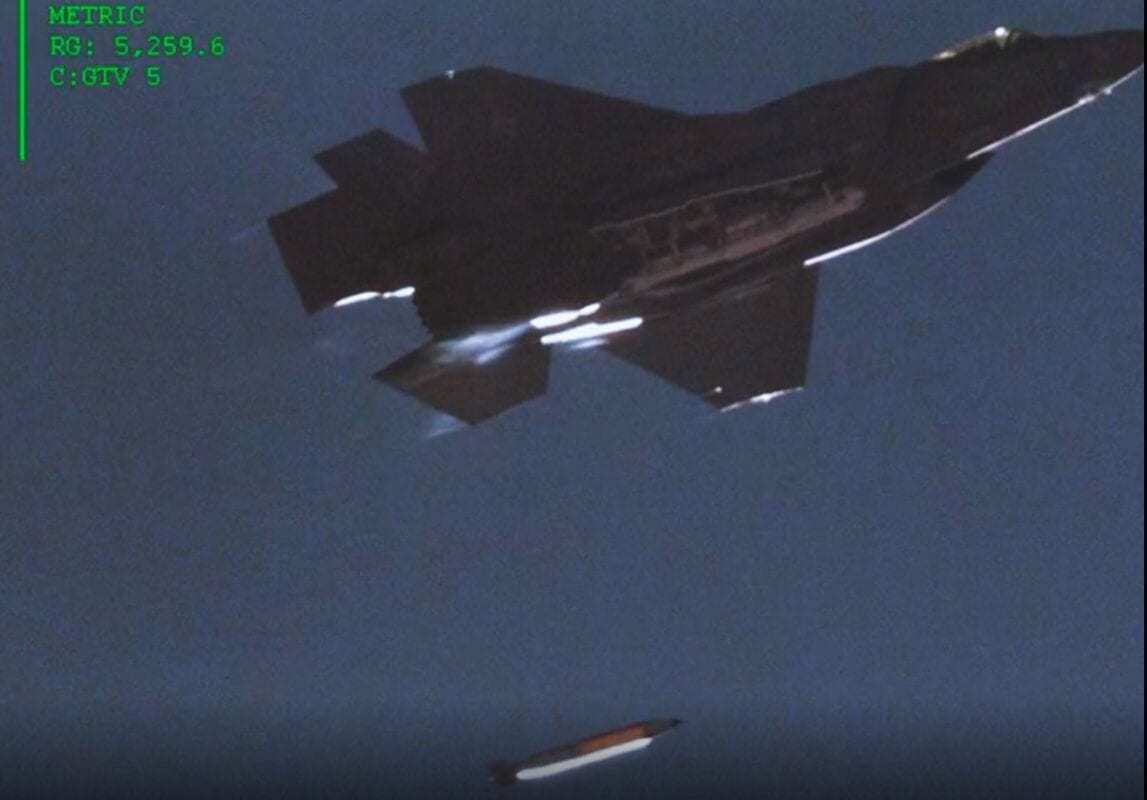 The B61-12 has been flight-tested on other platforms as well. The F-15E Strike Eagle was cleared for flight with the B61-12 after a successful test in March, as was the Air Force’s B-2 bomber earlier this summer.

What made the F-35 flight test unique however was the jet’s stealth features. In order to leave the F-35’s stealth capabilities intact — measured by the jet’s radar cross-section — ordnance is carried in an internal bomb bay. According to Sandia, this most recent flight test was a first in two areas: the first B61-12 from an internal bomb bay, as well as the first supersonic, Mach 1+ drop test.

Though the B61 upgrade program has legitimate criticisms — first and foremost cost and realistic combat utility — it won’t go away anytime soon. And since they’ll be around for at least 20 more years, it just makes sense to clear them for duty with one of the world’s most capable stealth platforms.