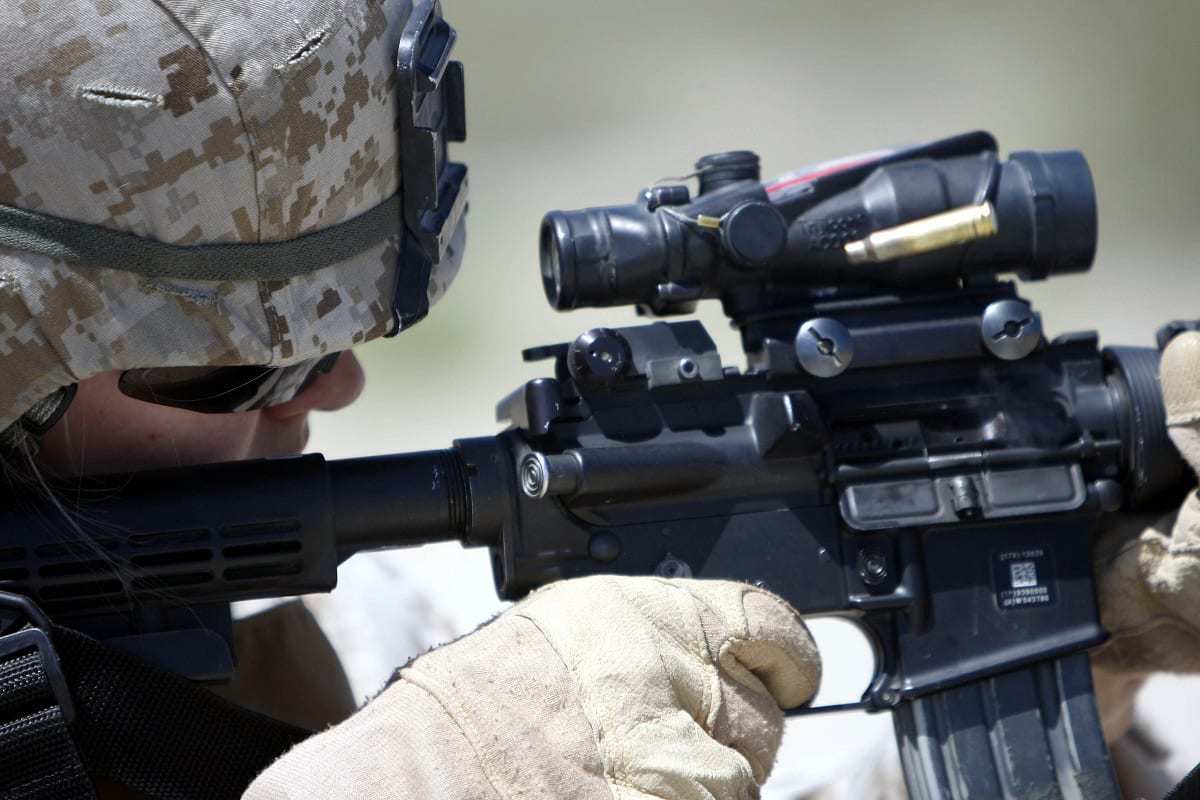 Tanya Cooper, the wife of Lance Cpl. Jacob Cooper, fires off rounds from the M4 service carbine April 9 during 3rd Light Armored Reconnaissance Battalion’s Jane Wayne Day at Combat Center Range 500. The spouses had the opportunity to use the weapons systems their husbands use in both training and combat.

From the jungles of Vietnam to deserts in the Middle East, the M4 can make it through just about anything.

The M4 story starts with the CAR-15 carbine, deep in the jungles of Vietnam.

The famous M16 rifle was introduced during that conflict and promised to bring a revolution in small arms. Firing the comparatively small .223 Remington round, the rifle allowed soldiers and Marines to carry more ammunition into combat on a lightweight platform.

And while the M16 did have advantages over its predecessor, the M14, it was not a perfect rifle. It suffered from reliability problems due to a number of factors, partly inherent to the design, and partly due to issues that soldiers themselves could have fixed.

Contributing to the M16’s initial unreliability was a lack of soldier training on how and when to clean the rifle, as well as the proper kit to keep the rifle in good working order. In addition, corrosive ammunition caused a great deal of fouling, leading to frequent jams.

Lastly, the M16’s nearly 40-inch length did not lend itself well to the jungles of Vietnam, where thick undergrowth in rural areas and compact, close-quarters situations in urban areas put the M16 at a disadvantage. One early solution to the M16’s length issue was the CAR-15, essentially a very compact M16 with an adjustable stock and very short 10 or 11.5-inch barrel that was issued to certain special operations soldiers.

Though the CAR-15 was indeed much more maneuverable and lightweight than the M16, the drastically reduced barrel length resulted in an inordinate amount of muzzle flash and noise when firing. The carbine had actually become too short. 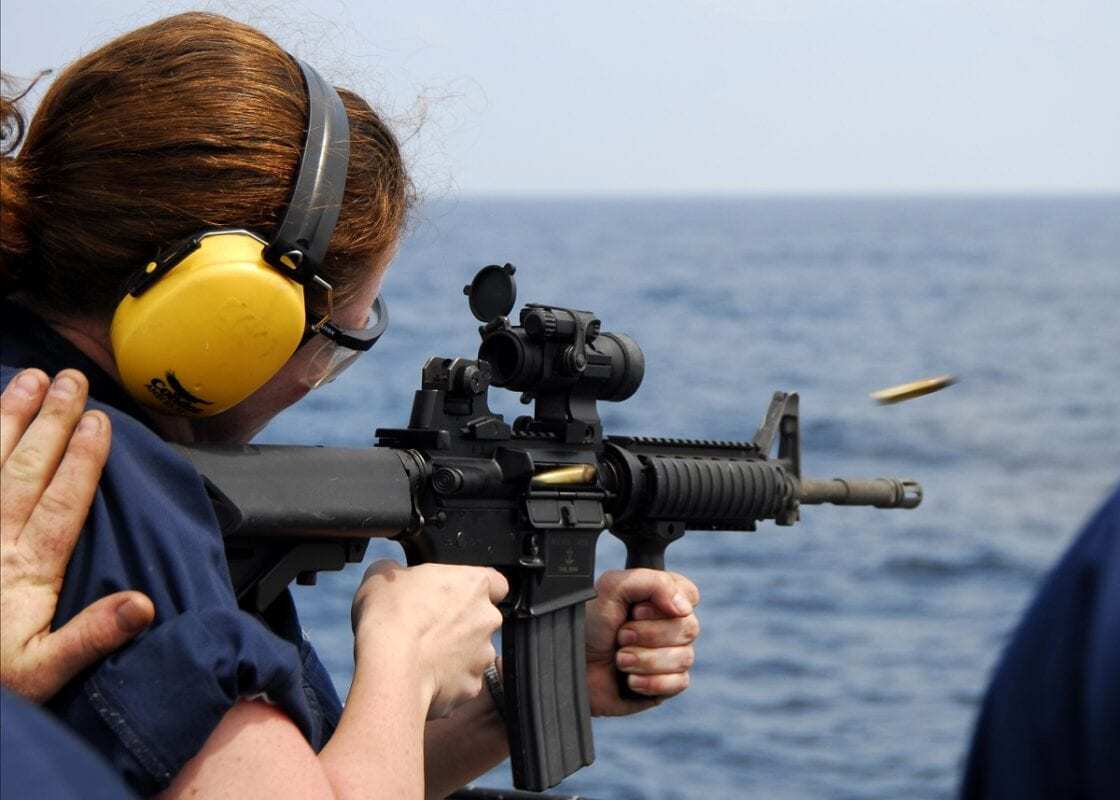 The M4 is essentially a shortened, lightened M16 that shares a high percentage of parts with the M16, with the added benefit of a longer barrel length than the CAR-15. The M4’s 14.5-inch barrel is shorter than the M16’s 20 inch barrel, and comes at a slight cost in long-range performance, though being nearly 5 inches longer than the CAR-15, offers superior performance on a still quite light and compact platform.

In light of the benefits the M4 carbine offered over the M16, the Marine Corps decided to adopt the M4 in 2015, following in the footsteps of the U.S. Army. Despite the wide adoption, the M4 was not without its detractors.

During a controversial 2007 reliability test, the M4 and several other rifles were put through their paces by the Army at the Army’s Aberdeen Proving Grounds. During the tests, simulated sandstorm conditions resulted in more M4 stoppages than the other competing rifles.

Despite claims to the contrary, the M4 benefits from high favorability from soldiers and Marines and is in service with an astonishingly high number of militaries around the world, including NATO allies as well as Middle Eastern, Latin American, African, and Asian countries. Not too bad for essentially a Vietnam-era carbine.