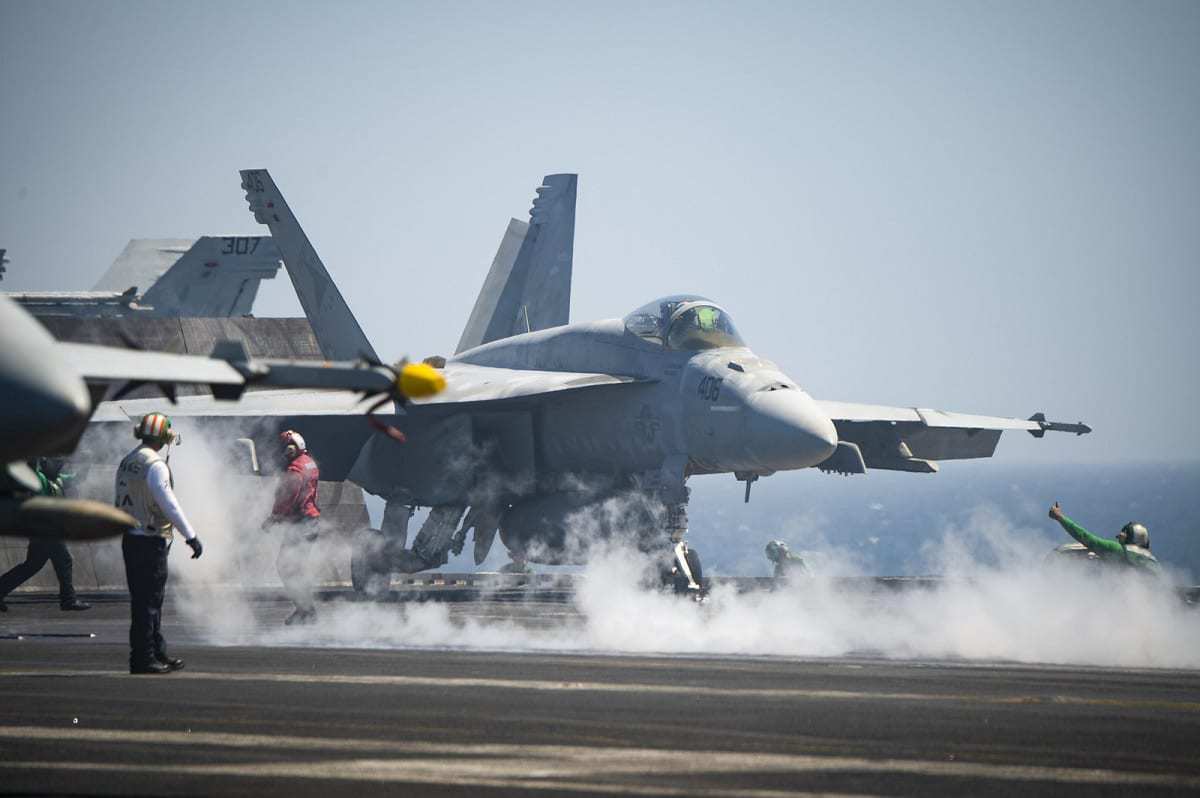 ARABIAN SEA (March 4, 2020) A U.S. Navy F/A-18E Super Hornet assigned to the Sunliners of Strike Fighter Squadron (VFA) 81 lines up on a catapult on the flight deck of the aircraft carrier USS Harry S. Truman (CVN 75) in the Arabian Sea, March 4, 2020. The Harry S. Truman Carrier Strike Group is deployed to the U.S. 5th Fleet area of operations in support of naval operations to ensure maritime stability and security in the Central Region, connecting the Mediterranean and the Pacific through the western Indian Ocean and three strategic choke points. (U.S. Navy photo by Mass Communication Specialist 3rd Class Rebekah Watkins/Released) 200204-N-UJ486-0541

Earlier this year China’s People’s Liberation Army Navy (PLAN) surpassed the United States Navy is size, and in addition to having the greatest number of ships and submarines, it is also becoming far more modern. However, in September, then-Secretary of Defense Mark Esper maintained that Beijing couldn’t match the United States in terms of naval power and suggested it would take the PLAN years to close the gap to reach the U.S. Navy’s capability on the high seas.

But is there a way China could close that gap? And what Washington should do in response?

What the Research Says

A new Congressional Research Service (CRS) report, “China Naval Modernization: Implications for U.S. Navy Capabilities – Background Issues for Congress,” was published on December 3 and it laid out the situation as it stands, and addressed how the United States needs to respond.

“In an era of renewed great power competition, China’s military modernization effort, including its naval modernization effort, has become the top focus of U.S. defense planning and budgeting,” the report’s summary noted. “China’s navy, which China has been steadily modernizing for more than 25 years, since the early to mid-1990s, has become a formidable military force within China’s near-seas region, and it is conducting a growing number of operations in more-distant waters, including the broader waters of the Western Pacific, the Indian Ocean, and waters around Europe.”

CRS also warned that China’s navy, which could pose a major challenge to the U.S. Navy’s ability to achieve and maintain wartime control of blue-water ocean areas notably in the Western Pacific, is the first such challenge faced since the end of the Cold War. A key element of the PLAN is to challenge the long-standing status of the United States as the leading military power in the region.

The report added, “China’s naval modernization effort encompasses a wide array of ship, aircraft, and weapon acquisition programs, as well as improvements in maintenance and logistics, doctrine, personnel quality, education and training, and exercises. China’s navy has currently has certain limitations and weaknesses, and is working to overcome them.” 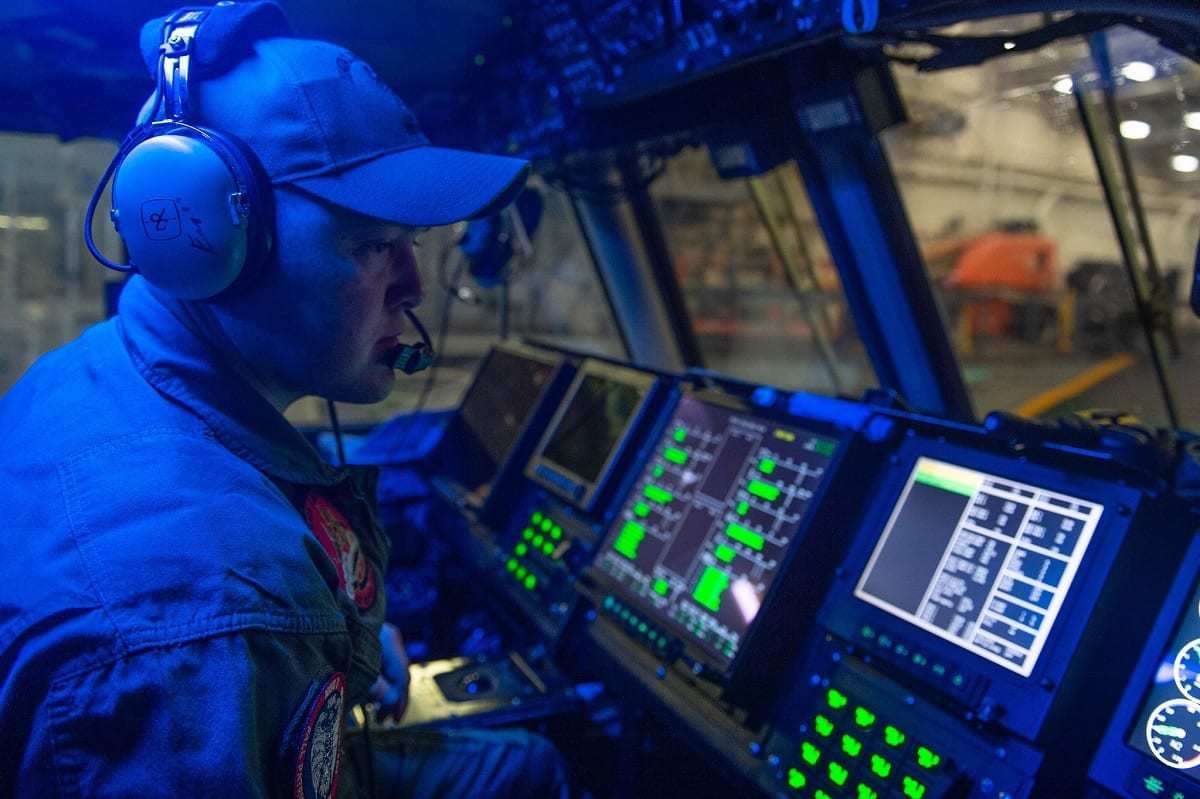 China’s naval warships, aircraft and weapons are now far more modern and capable than they were at the start of the 1990s, and are now comparable in many respects to those of Western navies. The CRS report cited the Office of Naval Intelligence (ONI), which noted that “Chinese naval ship design and material quality is in many cases comparable to [that of] USN [U.S. Navy] ships, and China is quickly closing the gap in any areas of deficiency.”

The report also addressed the U.S. Navy’s response to counter the PLAN’s modernization effort. This has included a greater percentage of its fleet in the Pacific, and the assigning of the most capable new ships and aircraft as well as the best personnel to the region. The U.S. Navy has also maintained and increased its general presence operations, training and developmental exercises, and engagement and cooperation with allied and other navies in the Indo-Pacific. Additionally, the Navy has begun to develop new operation concepts – including new ways to employ Navy and United States Marine Corps forces – to counter Chinese maritime forces.

The issue for Congress is now whether the U.S. Navy is in fact responding appropriately to Beijing’s naval modernization the CRS report laid out. This included whether the planned size of the Navy will be “appropriate for countering China’s naval modernization effort in coming years while also permitting the Navy to perform other missions, including countering Russian military forces and defending U.S. interests in the Middle East.”

The report also questioned whether “Congress should modify acquisition policies or the metrics for judging the success of acquisition programs so as to facilitate faster development of new technologies and weapons for the Navy—and if so, how those policies or metrics should be modified.”

These are important questions that the new Congress will have to address under the Biden Administration in the New Year and beyond.