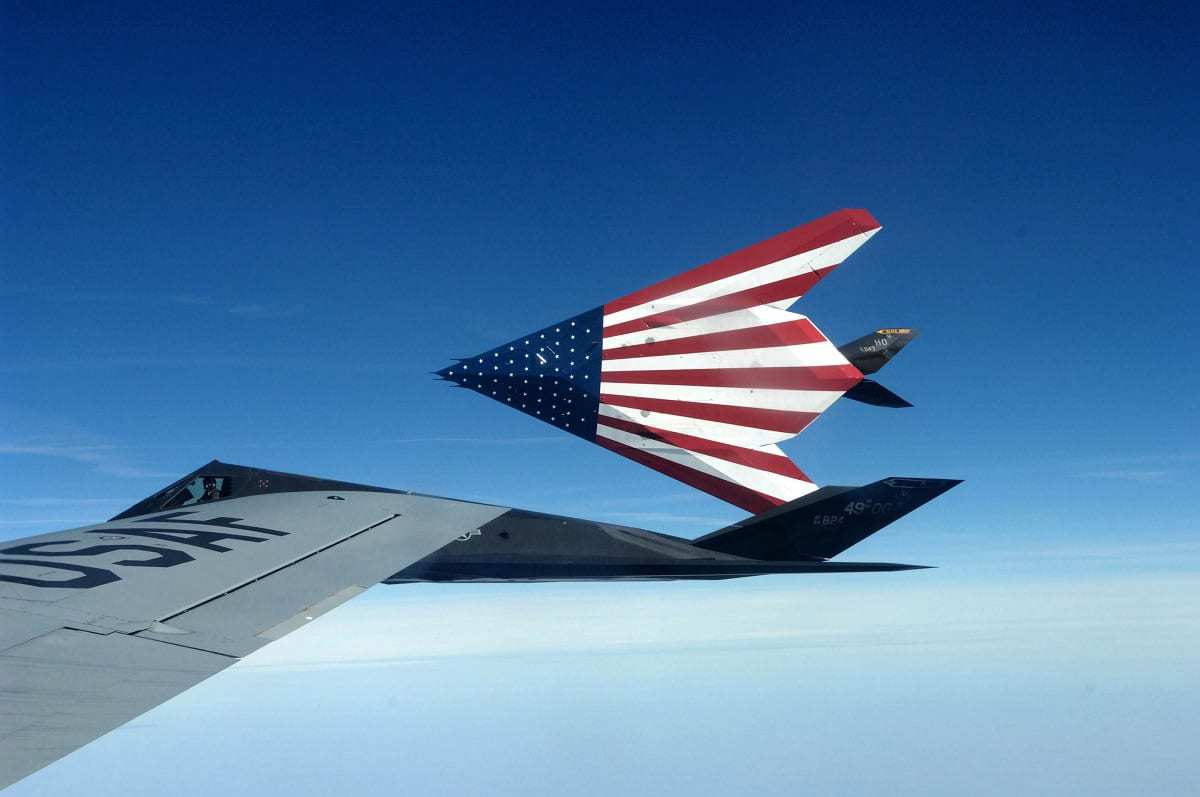 Military aviation history is filled with stories of aircraft that arrived too late, but in the case of the Lockheed Martin F-117 Nighthawk, the aircraft may have simply been too be far ahead of its times. Developed during the late 1970s as a response to the United States Air Force’s request for an aircraft that could be capable of attacking high-value targets without being detected by enemy radar, the F-117 was the first operational aircraft to be designed around stealth technology. Introduced at the very tail end of the Cold War it was both too late and yet ahead of its time in terms of capabilities.

Commonly referred to as a “stealth fighter,” the F-117 was actually a ground attack aircraft and in that role, it performed spectacularly.

The aircraft began life at Lockheed’s so-called “Skunk Works” in Burbank, California to address Soviet threats but by the time the aircraft was operational the Cold War was all but over and it looked like the aircraft wouldn’t be needed. Yet, it still proved to be right plane for the New World Order of the post-Cold War era – almost.

The Nighthawk, which was unlike any other aircraft built at the time, had its first flight in June 1981 at Groom Lake, Nevada, while the first F-117A unit, the 4450th Tactical Group (renamed the 37th Tactical Fighter Wing in October 1989), achieved initial operating capability in October 1983.

Known as the “Frisbee” or “Wobblin’ Goblin,” the aircraft’s primary mission was to penetrate dense threat environments and attack high-value targets with pinpoint accuracy.

Sixty-four F-117s were built between 1981 and 1990, and fifty-nine of those were production versions. So advanced and capable was the aircraft that in 1989 the F-117A was awarded the Collier Trophy, one of the most prized aeronautical awards in the world.

When it was finally introduced it looked as if the F-117 would have no purpose – but wars never truly end as there are always new enemies to fight. In December 1989, two F-117s were deployed during Operation Just Cause in Panama to remove its dictator Manuel Noriega from power, and the aircraft targeted the Panamanian Defense Forces’ barracks.

It was hardly a rousing success, however, as a combination of technical failures and communication mixups caused the pilots to miss the targets.

Two years later the F-117 proved itself to be a truly capable combat aircraft during the opening stages of the Persian Gulf War in 1991 when it was used as a ground-attack aircraft against Iraqi positions. From the first night of the attacks, the F-117A was employed against critical strategic Iraqi command and control installations as well as key communication centers, research & development, production and storage facilities for nuclear and chemical weapons. It also was used to target especially hardened aircraft shelters at numerous Iraqi airfields.

During Operation Desert Storm, the F-117As flew 1,271 sorties, achieving an 80 percent mission success rate, and suffered no losses or battle damage. The role the F-117 played cannot be overstated as only thirty-six of the stealth attack planes were deployed in the Middle East – thus accounting for just 2.5 percent of the total force of 1,900 fighters and bombers, yet it flew more than a third of the bombing runs on the first day of the war. In total during the operation, the F-117 dropped more than 2,000 tons of bombs during the missions that lasted a combined 6,900 hours! Not a single F-117 was shot down by Iraqi forces.

The ground attack aircraft was subsequently used during the conflict in Yugoslavia, and that is when luck ran out when one was shot down by surface-to-air missiles in 1999. It remains the only Nighthawk to be lost in combat, when on March 27, 1999, an S-125M missile crew from the Serbian 250th Air Defense Missile Brigade fired two missile V-600 missiles at the aircraft as it was flying back to its base in Italy after bombing a military target outside of Belgrade. Named “Something Wicked,” its remains are on display at the Museum of Aviation in the Serbian capital city. 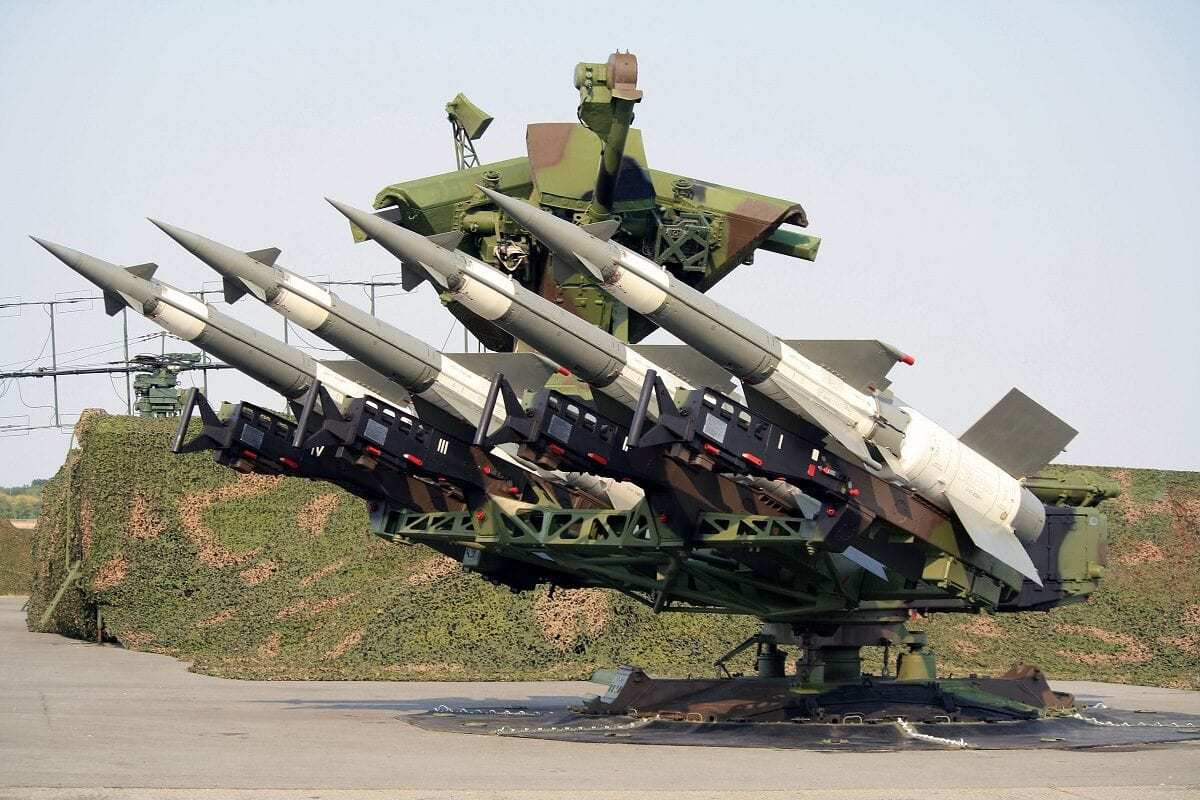 Despite the fact that the F-117 proved capable, the aircraft was not without some issues. Among the biggest strikes against the Nighthawk was that standard F-117 mission preparation could take six hours. Moreover, the aircraft’s stealth airframe required a substantial amount of maintenance.

The biggest threat was from Soviet or other anti-aircraft weapons, but the changing needs of the United States Air Force, which moved forward with the development of the Lockheed Martin F-22 Raptor. As a result, the F-117 was sent to early retirement, but not entirely.

While the Air Force “officially” retired the Lockheed F-117 Nighthawk in April 2008, many have remained airworthy as most of the aircraft were placed in Type 1000 storage, which means the aircraft are maintained in a condition where they can be recalled to duty and fly again. This “inviolate” storage also means that no parts are pulled from the aircraft without the express permission of the type’s system program office at Wright-Patterson Air Force Base, Ohio, which technically “owns” the aircraft.

Over the years the Wobblin’ Goblin has been seen flying over California, suggesting that its wings weren’t exactly clipped. There have even been unsubstantiated reports that four F-117s were secretly deployed to the Middle East in 2016, but no photographic evidence has yet emerged. 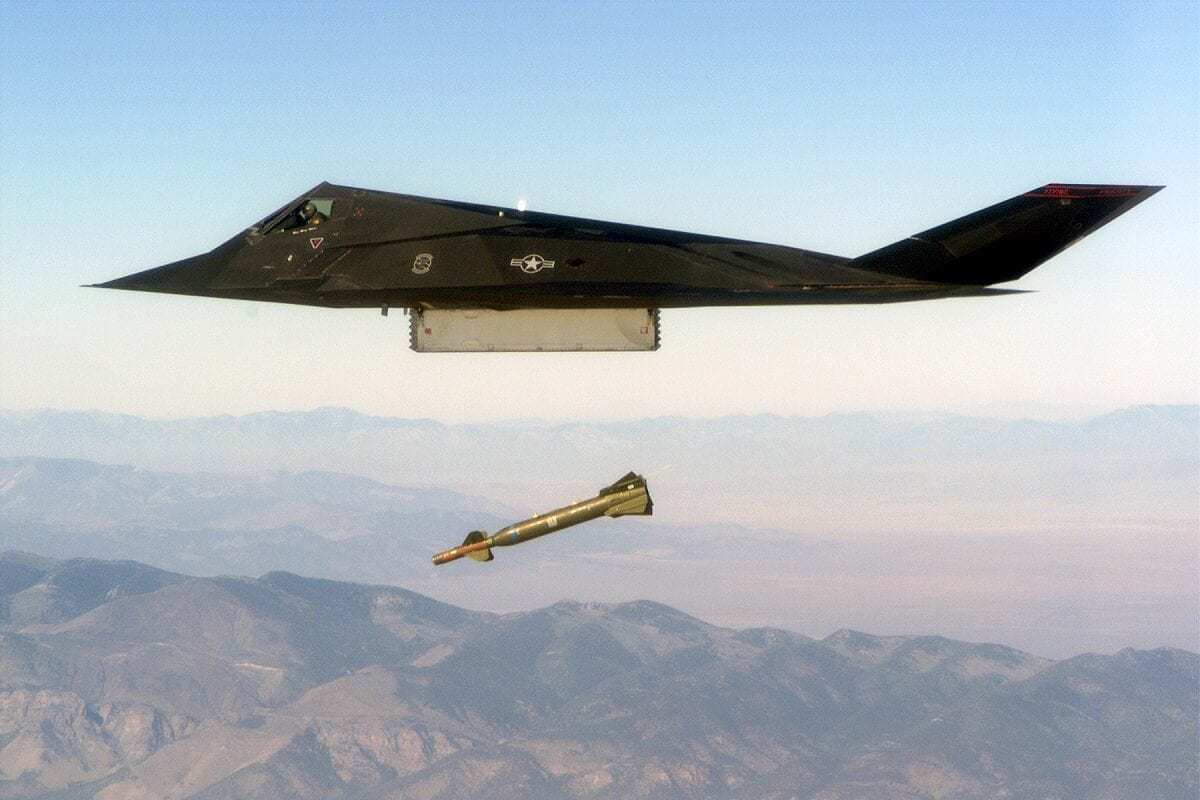 It is standard practice today for retired aircraft to head to museums, but this isn’t the case with the F-117. However, for those not fortunate to see the aircraft in the skies, four have been sent to museums including the Palm Springs Air Museum, the Hill Aerospace Museum in Utah, the Ronald Reagan Presidential Library and the Kalamazoo Air Zoo Museum in Michigan. Additionally, four of the prototype aircraft are also on display at various museums and military bases. The first prototype/test aircraft was presented to Nellis Air Force Base, Nevada in 1992 and became the first F-117 to be made a “gate guardian.”

A second prototype was delivered to the National Museum of the United States Air Force at Wright-Patterson AFB outside of Dayton, Ohio in July 1991; while the third prototype is now at Holloman AFB, New Mexico. That aircraft, which was painted to resemble the first F-117A to drop weapons in combat, was also the first to be revealed to high-ranking officials at Groom Lake in December 1983, which was also the first semi-public unveiling of the aircraft.

Finally, a fourth prototype was previously at Blackbird Airpark Museum in Palmdale, California, but it is now undergoing restoration work and will be displayed at the Air Force Flight Test Center Museum at Edwards AFB sometime in 2021.