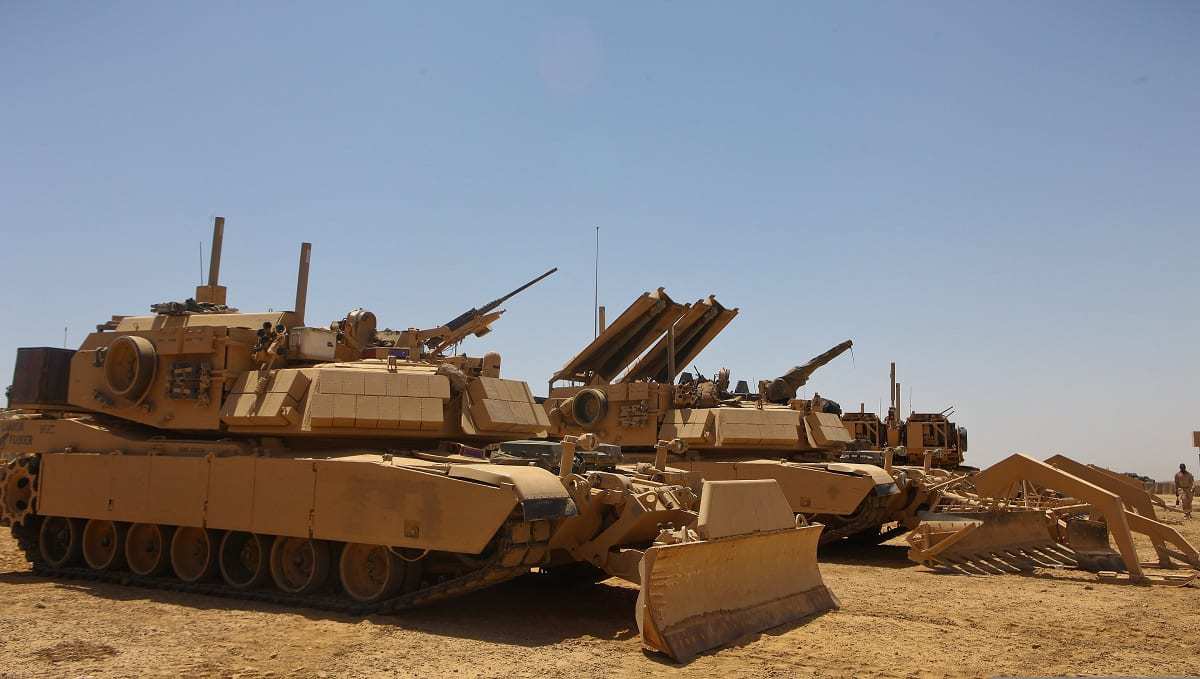 M1 assault breacher vehicles, assigned to the U.S. Marines with the 2nd Combat Engineer Battalion, wait prior to the beginning of Operation Black Sand in Shukvani, Helmand, Afghanistan, Aug. 4, 2011. Operation Black Sand, in support of Operation Enduring Freedom, was designed to clear the Ladar Bazar, in Helmand province, of improvised explosive devices and rebuild it for use by Afghan civilians and traders.

During the First World War, the tank was developed to smash through enemy lines and allow the infantry to advance. Today, the tank has remained the tip of the spear in fast-moving assaults, but the forgotten cousins are those vehicles that are specially designed to clear mines and other explosives, like the M1150 Assault Breacher.

For the U.S. military the M1150 Assault Breacher Vehicle (ABV) is a highly mobile and yet still heavily armored platform that can help clear the way through minefields and even complex obstacles. An evolution of the Combat Engineering Vehicle (CEV), it is based on the M1A1 Abrams chassis and is equipped with a mine-plow and line charges.

It was developed to meet the United States Marine Corps‘ requirement for a new CEV that could clear safe routes for traffic and provide a path for infantry through minefields and over obstacles, while also being able to clear the way from roadside bombs and even Improvised Explosive Devices (IEDs).

Instead of the regular Abrams turret with cannon, it features a special turret that is equipped with two Linear Demolition Charge Systems (LDCS), along with rockets carrying C4 explosives that can be launched 100 to 150 meters ahead of the Assault Breacher. This can allow hidden bombs to be detonated at a safe distance. A High Lift Adapter also allows for the mounting of a Full Width Mine Plow (FWMP) or a Combat Dozer Blade. 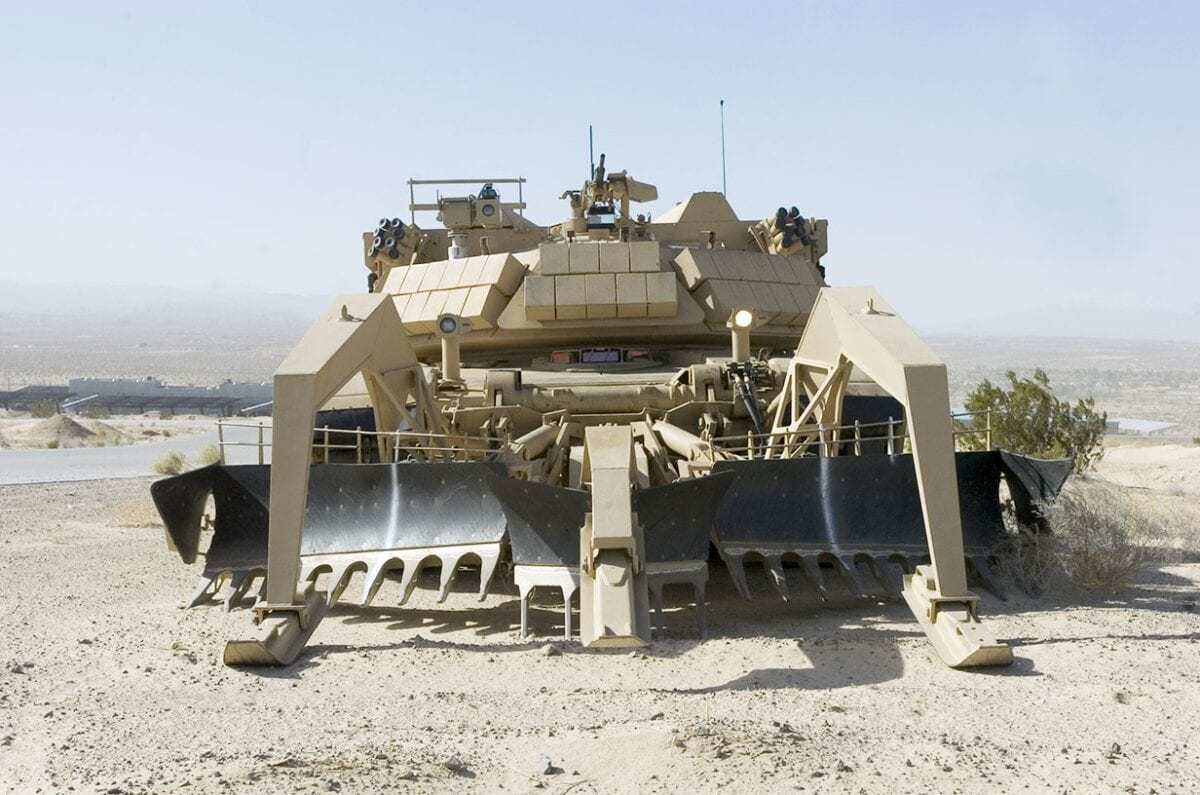 The M1150 also utilizes an Integrated Vision System, which allows the crew of two – the commander and driver – to stay buttoned up inside the steel hulk. While the driver’s position is typical of the M1 Abrams, the commander’s position is located front and center within the superstructure under an armored vision cupola.

The Assault Breacher’s primary role is to clear a path, but its offensive assault capabilities are not nil. The commander can remotely control the platform’s only armament, a single Browning M2 .50 caliber heavy machine gun. It can be operated while the crew is buttoned up with the hatches closed; however, it is only a defensive weapon. Additionally, the M1150 is equipped with two banks of eight smoke grenade launchers, which can provide some cover while the vehicle gets out of harm’s way.

Despite being lightly armed, the ABV provides protection for the crew and vehicle survivability, while its speed and mobility allow it to keep pace with a maneuvering force. It is very similar to the Abrams in terms of size, weight, speed and range.

Six prototypes of the M1150 ABV were tested from 2002 to 2006. It was first used by the Marine Corps in combat in Afghanistan in 2009, and formally entered service a year later. The ABV saw its first large scale deployment during the joint International Security Assistance Force (ISAF)-Afghan Operation Monshtarak in Southern Afghanistan during the War in Afghanistan in 2010 against the Taliban insurgency.

The U.S. Army has also shown interest in the platform, and in the summer of 2013, six ABVs were deployed to South Korea and are attached to the 2nd Infantry Division. While North Korea had previously accused the United States of deploying Mine-Resistant Ambush-Protected (MRAP) vehicles to cross the DMZ to mount an invasion, there was little reaction to the deployment of the ABVs.