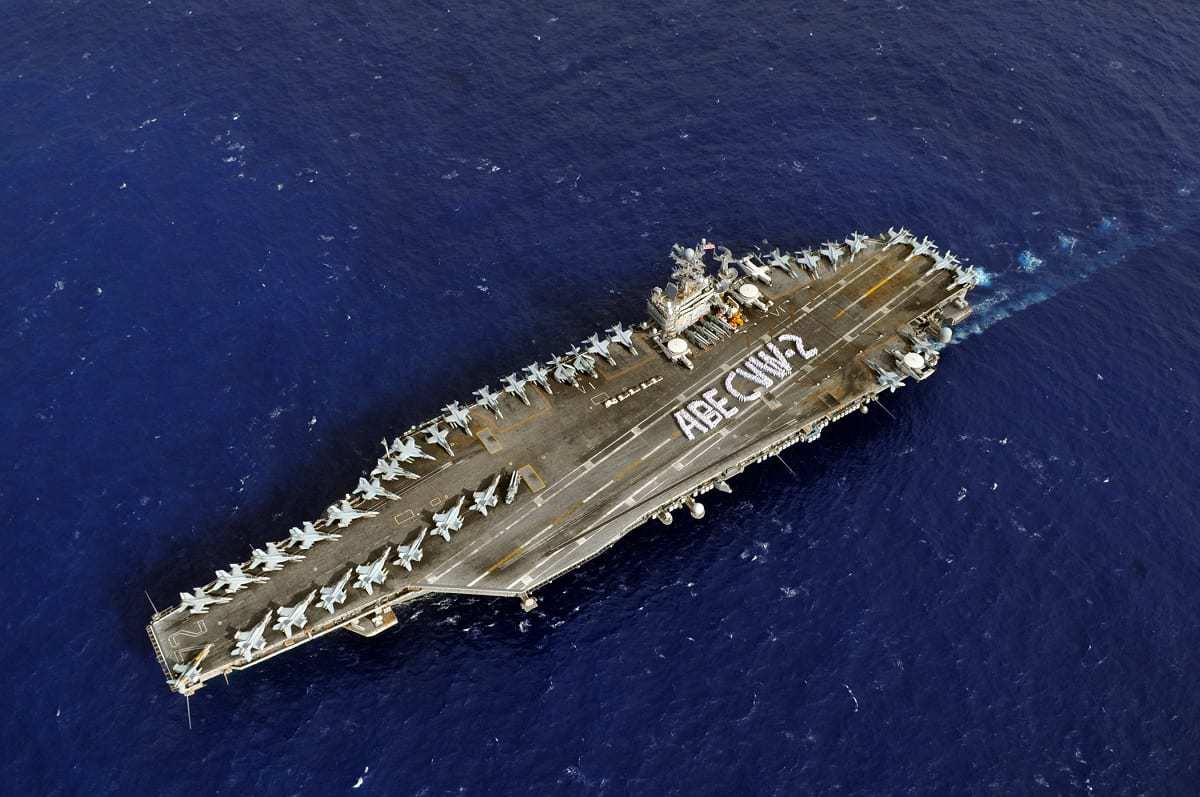 More than a dozen nations operate or have operated aircraft carriers, yet no nation has operated as many carriers like the United States.

Currently, the U.S. Navy operates ten Nimitz-class aircraft carriers, and no other navy on the planet has anything remotely close to these massive warships, the largest of their kind until the commissioning of USS Gerald R. Ford in 2017. With more than 6,000 personnel serving onboard including 3,200 sailors and 2,480 airmen, a length of 317 meters (1,092 feet) and a displacement of 102,000 tons these vessels are essentially floating cities – complete with their own private airport.

The lead ship of the class, USS Nimitz (CVN-68), nicknamed “Old Salt” and commissioned in May 1975, was named after Admiral Chester Nimitz, who led the U.S. Navy through the Second World War. She was first deployed to the Indian Ocean during the Iran Hostage Crisis and has since logged untold miles, providing security at the 1988 Seoul Olympic Games and later served in the Persian Gulf after Operation Desert Storm. Most recently USS Nimitz was deployed against ISIS in Iraq and Syria, where her F/A-18s took part in the Battle of Afar in 2017. Old-Salt has been on deployment in the Persian Gulf since 2018.

Nine additional Nimitz-class carriers have been built, with the last of the class, USS George H.W. Bush (CVN 77) being commissioned in January 2009.

The nuclear-powered carriers have two reactors and four shafts for propulsion, which allow the warships to reach a top speed of 30+ knots (34.5mph). Each of the Nimitz-class has an expected 50-year service life with one mid-life refueling, but in October 2020, the U.S. Navy announced that it was considering an extension to the service lives of the lead vessel, which had its refueling and overhaul completed from 1998 to 2001.

All ten of the Nimitz-class aircraft carriers were constructed between 1968 and 2006 at Newport News Shipbuilding Company (now Northrop Grumman Ship Systems) at Newport News, Virginia at the largest drydock in the western hemisphere at a unit cost of approximately $8.5 billion (constant year FY 12 dollars). Since the USS Theodore Roosevelt (CVN-72), the fourth carrier of the class to be built, all have been manufactured in modular construction That has allowed whole sections to be welded together with plumbing and electrical equipment already fitted, improving efficiency. 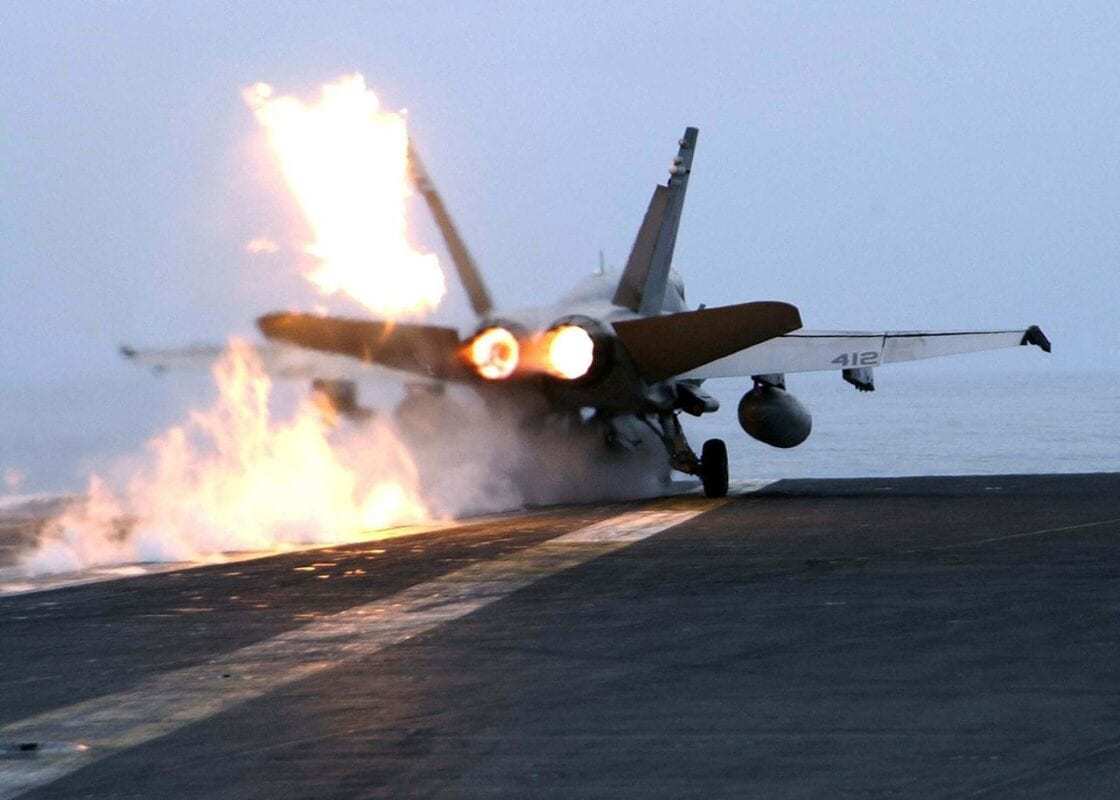 A U.S. Marine Corps F/A-18C Hornet launches with after burners aglow from the flight deck of the aircraft carrier USS Abraham Lincoln (CVN 72) operating in the Pacific Ocean on Sept. 15, 2004. The Hornet is with Marine Fighter Attack Squadron 232.

Each carrier is equipped with approximately 60 aircraft including a variety of fixed-wing and rotary-wing aircraft of up to 90 of various types. Typical aircraft on a Nimitz-class carrier now includes a dozen F/A-18E/F Hornets, three dozen F/A-18 Hornets, four E-2C Hawkeyes, and four EA-6B Prowlers fixed-wing and helicopters, including four SH-60F and two HH-60H Seahawks.

The flight deck, which measures 1,092 feet by 252 feet, is also equipped with four lifts, four steam-driven catapults, and four arrester wires. The Nimitz-class aircraft carriers are capable of launching one air every 20 seconds. The air wings can also be customized according to the nature of the operation – and a notable example of this occurred in 1994 when 50 U.S. Army helicopters replaced the usual air wing on the USS Dwight D Eisenhower (CVN 69) when she was deployed during humanitarian operations near Haiti.

While the Nimitz-class is now being be replaced by the Gerald R. Ford-class, Old Salt and her nine sister carriers will remain in service for years to come and remain unrivaled across the waters of the world.