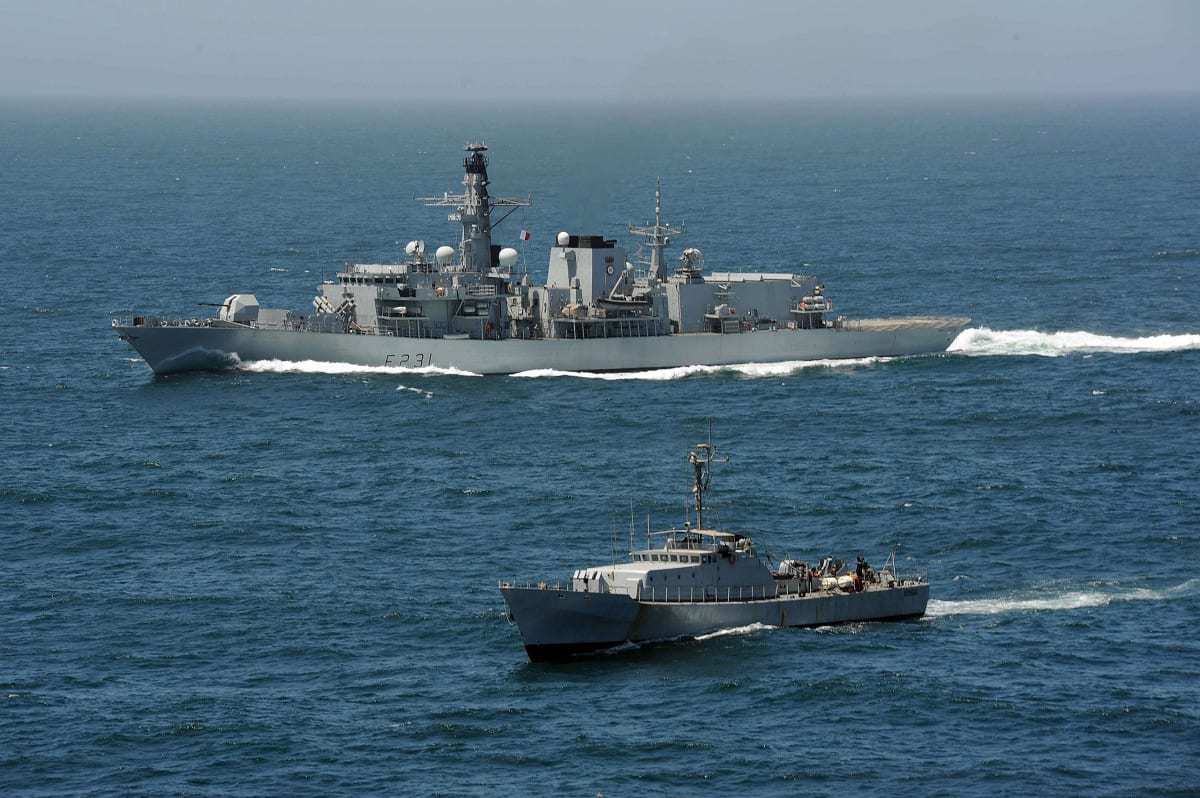 Last month the British government, led by UK Prime Minister Boris Johnson, approved the largest rise in the nation’s defense budget since the end of the Cold War, with a £16.5 billion (U.S. $21.9 billion) increase that will be made available for shipbuilding, space, cyber, research and other sectors over the next four years.

“For decades, U.K. government has pared and trimmed our defense budget,” Johnson told Parliament in a statement. “If we go on like this, we risk waking up to discover our armed forces have fallen below the minimum threshold of viability. I have refused to pick up the scalpel yet again. I’ve decided the era of cutting must end, and end now.”

Johnson also promised to return the Royal Navy to the “foremost naval power” in Europe, and added that building more ships was “one policy that strengthens the UK in every possible sense.”

Throughout the 19th and early 20th century, the Royal Navy was at the forefront of military innovation. As part of the new strategy for a 21st-century navy, updates will involve the Type 32 Frigate, which will be a platform for autonomous systems. Exactly what that means isn’t totally clear, but the UK’s Minster for Defence Procurement Jeremy Quin responded to parliamentary queries.

“Further work is required to develop the operational concept however it is envisioned that Type 32 will be a platform for autonomous systems, adding to the Navy’s capabilities for missions such as anti-submarine warfare and mine countermeasures,” Quin wrote in a statement, reported by Naval Technology.

The UK announced that it had invested £184 million in developing an autonomous mine-hunting platform under the Joint Maritime Mine Counter Measure (MMCM) program with France. The Royal Navy is also exploring ways that autonomous capabilities could replace its crewed Hunt and Sandown-class mine-hunting warships with unmanned vessels. The first of three sets of autonomous platforms is expected to be delivered in late 2022 where it will then undergo operational evaluations to determine how it can be best employed before it is fully transitioned in service with the Royal Navy.

Speaking at the Franco-British Council Defence Conference, UK Defence Secretary Ben Wallace announced a £184 million investment in the joint Maritime Mine Counter Measure (MMCM) program, which he said would create new systems to combat sea mines and keep ships and personnel away from danger.

The UK’s Ministry of Defence said that the contract would support 215 jobs across the UK at Thales sites in Somerset and Plymouth, as well as in the wider supply chain, including L3 Harris in Portsmouth, Stonehaven in Aberdeenshire and Alba Ultrasound in Glasgow.

“This £184 million contract offers a huge leap forward for the Royal Navy’s autonomous capabilities in the detection and defeat of sea mines,” said Wallace. “As the Armed Forces puts modernization at the heart of its future strategy, these systems will protect vital shipping lanes, commercial traffic and our brave personnel from these deadly devices.”

The Type 32 Frigate could potentially serve as a platform to support the smaller autonomous minesweepers, and it is part of a concept being employed by navies around the world where a large vessel can act as a type of “mothership” to small drones. In this way the warship can launch, operate and recover the unmanned maritime systems.

Naval News reported that the navies of Singapore (MRCV) and Japan (30FFM) are working on similar projects, as are the navies of Belgium and the Netherlands for mine warfare.

The U.S. Navy is also developing large drone boats that are intended to coordinate fleets of unmanned systems, conduct surveillance missions, operate weapons such as Tomahawks and interceptor missiles, hunt submarines, and perhaps even conduct missile defense operations. Additionally, the Navy is also developing large underwater drones that are designed to conduct undersea reconnaissance, share combat essential data with submarine motherships, search for and destroy mines and – in some cases – launch attacks on enemy surface and undersea vessels.