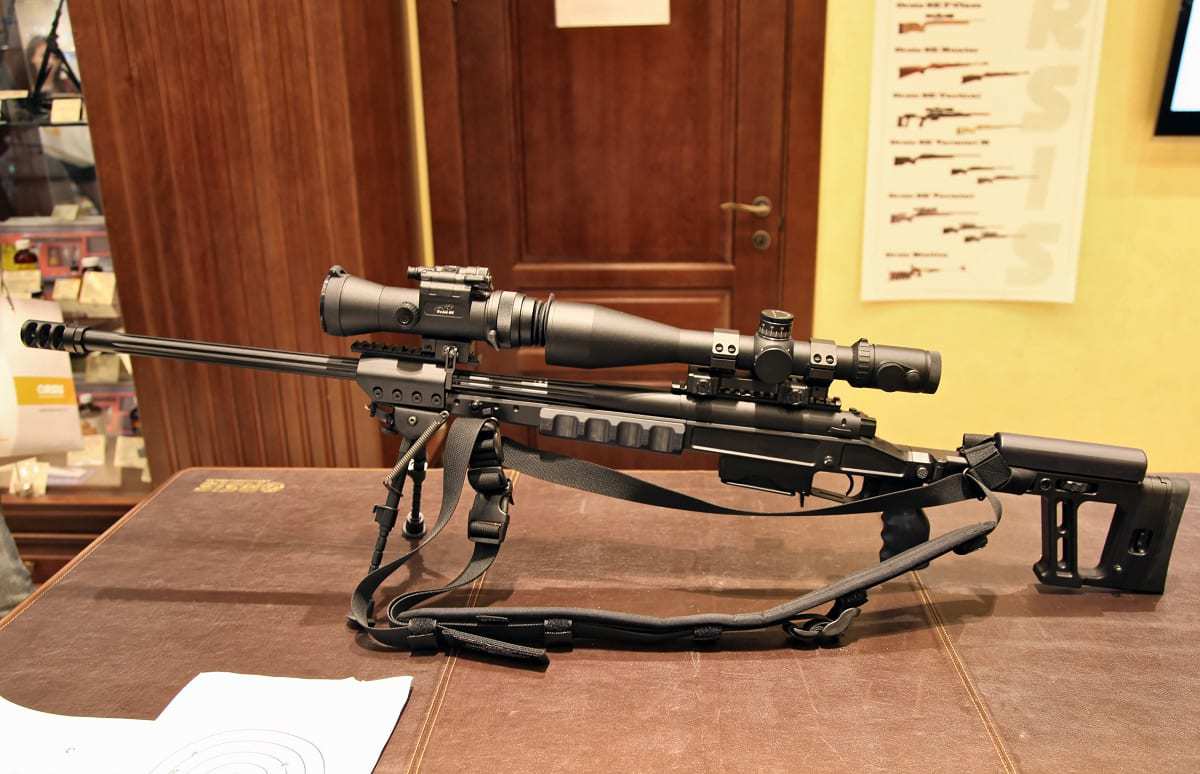 Hearing of the ORSIS T-5000, one might think it is an advanced “terminator” from the future. However, this is no work of science fiction and it could be a very real threat to U.S. soldiers. It is the Russian tactical sniper rifle, produced at the privately-owned ORSIS factory outside of Moscow.

In 2016, the U.S. Army released a report that warned of the threat from Russian snipers, which were reported to have been deployed in the conflict in Ukraine.

The unclassified “Russian New Generation Warfare Handbook,” prepared by the Asymmetric Warfare Group, called attention to the ORSIS T-5000 specifically and described it as “one of the most capable bolt action sniper rifles in the world. These are currently the signature weapons used by Russian snipers.”

In less than a decade, ORSIS has become well known for its world-class long-range rifles. After its founding in March 2011, the ORSIS T-5000 became one of its first designs, and it was developed using no third-party components, with everything produced in-house.

The rifles are built on a manually operated bolt action with dual front locking lug bolts. All the actions are reported to be machined from high-grade stainless steel and are available in both right- and left-handed versions.

The rifles are fed from detachable box magazines, which offer five or ten-round capacity. The standard stock for the T-5000 is made of a D16T aluminum alloy with glass bedding. A shoulder stock is side-folding and has a proprietary hinge design and lock. It is made of tempered steel for added stability and durability, while the pistol grip and cheek rest are plastic. ORSIS doesn’t produce the rifles with standard iron sights, but a Mil-Std 1913 Picatinny rail allows for the use with various scopes.

ORSIS suggested that the balance and weight of the rifle are calibrated to direct recoil exactly backward, which allows following the target even in the shooting process. The T-5000 features a muzzle brake to reduce recoil, while the stock rigidity and stability help maintain “zero” sighting.

While developed for multi-purpose applications including hunting and sporting, the rifles have caught the attention of the Russian military and paramilitary organizations. The T-5000 Tochnost (“Precision”) model has been adopted by the FSB, the FSO and Rosgvardiya, chambered in 7.62x51mm NATO and .338 Lapua Magnum.

In addition, the rifle has been widely exported and is in use with the Belarus Ministry of Defense and Presidential Guard units; the Chinese People’s Liberation Army and Chinese SWAT units; Egyptian Army Unit 777 and Thunderbolt Forces; Iraqi Special Operations Forces and Popular Mobilization Forces; and with Vietnam’s Special Weapons and Tactics Forces.