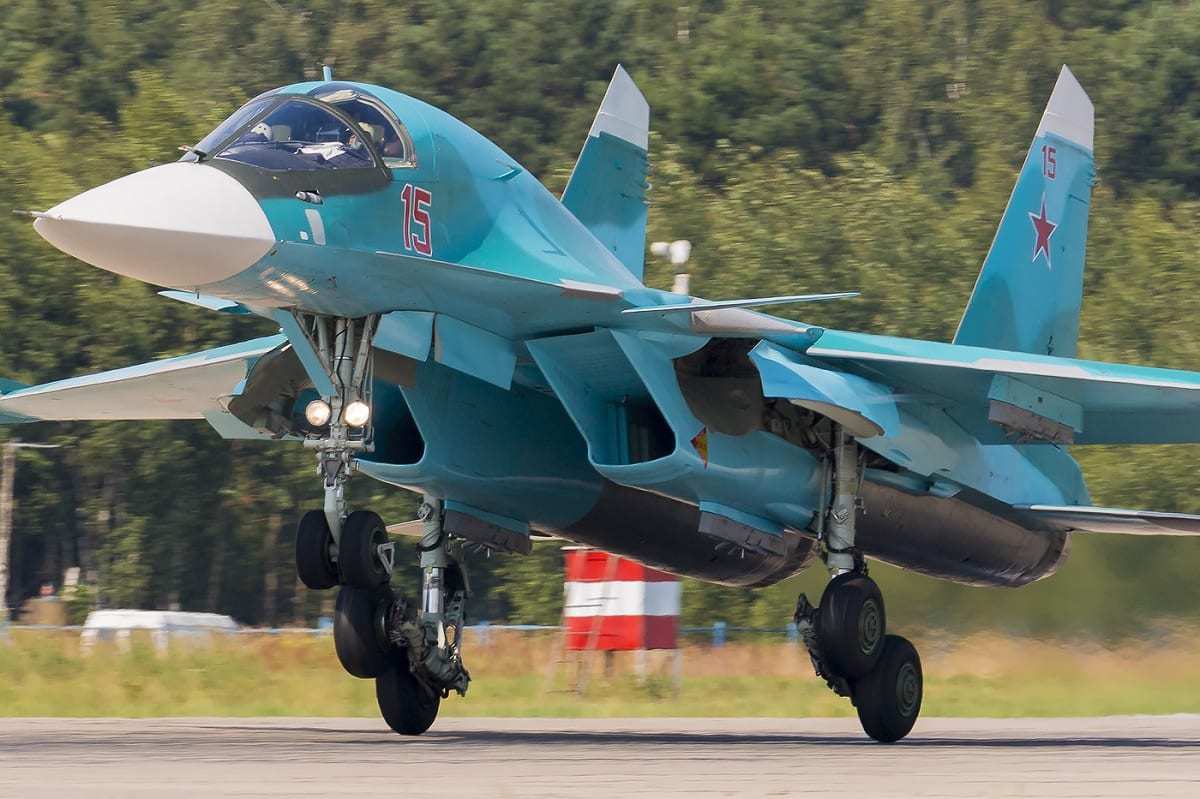 The Sukhoi Company, part of the United Aircraft Corporation, UAC, announced that it has manufactured the last batch of Su-34 fighter-bombers under a long-term contract with Russia’s Defense Ministry. The aircraft were manufactured by EnterpriseNovosibirsk Aircraft, a branch of the Sukhoi Company, and have passed trials.

About 100 of the Su-34 fighter-bombers were produced under that long-term contract according to a report from Tass.

“The Sukhoi Company (within the United Aircraft Corporation of the State Corporation Rostec) has completed the fulfillment of the next long-term contract for the delivery of a batch of Su-34 fighter-bombers to Russia’s Defense Ministry,” the company’s press office announced.

This doesn’t mean the end of the line for the Su-34 however. In fact, the Russian Defense Ministry will be buying more of the aircraft.

“We have started implementing new contracts signed at the Army forum that have helped utilize the capacities of our enterprises and provide work for our personnel in several regions of the country,” explained United Aircraft Corporation and Sukhoi Company CEO Yuri Slyusar, referring to the Army-2020 International Arms Show in August.

Under that new contract, the multi-role Su-34 with expanded combat capabilities will also be produced at the Novosibirsk Aircraft Enterprise. According to the UAC, it is one of the largest aircraft-building facilities within the United Aircraft Corporation.

“The manufacture of Su-34 planes and their versions with expanded combat capabilities provides for stable utilization of the factory’s capacities over a long term,” the press office stated.

According to Tass, Russia’s Defense Ministry and the Sukhoi Company had signed a contract in early June 2020 on the delivery of about 20 of Su-34 frontline bombers. That particular contract stipulated the manufacture of the baseline version with certain alterations, which would take into account the bombers’ operational capabilities within the Russian military. That will not be the only modified version of the Su-34 to be produced.

The Russian military has been simultaneously developing a heavily upgraded version of the Su-34M fighter-bomber, while a contract for the production of that aircraft will likely be signed in 2021. 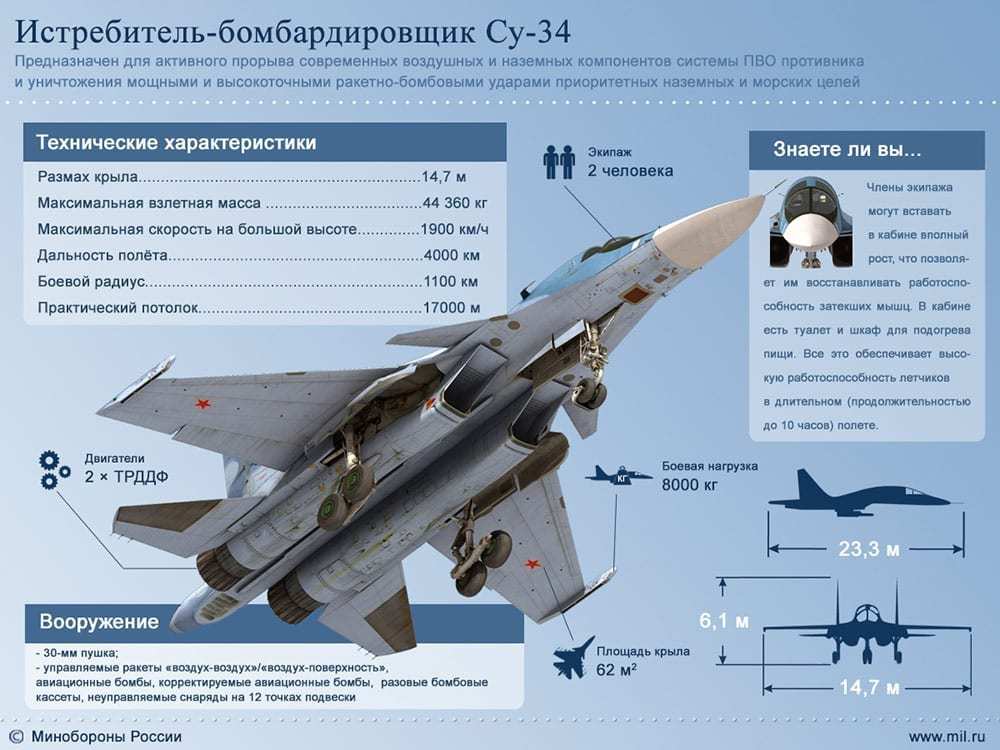 The Su-34 is truly a multi-role aircraft that was developed to effectively strike enemy ground and air targets in any weather conditions, day or night. It is among Russia’s most capable attack aircraft, and it features a time-proven airframe design that allow it take on the workload of both the sweep-wing Su-24 strike fighter and the Tu-22 bomber.

It was developed from the frontline Sukhoi Su-27 fighter jet at the Sukhoi Design Bureau under chief designer Maritosov. The aircraft has seen service in Syria—and it has been regarded as the most technologically advanced Russian Air Force aircraft deployed in the conflict—but it could also be used to defend Russian interests in the Arctic, which highlight the versatility of the aircraft and its abilities to operate in a variety of conditions.

The Su-34 features 12 hardpoints, which are compatible with a variety of air-to-air, anti-ship, and air-to-ground, and cruise missiles, as well as numerous entries from Russia’s vast arsenal of TV, laser, satellite-guided bombs.The Su-34 has an operating range of 4,000 km, can develop a maximum speed of 1,900 km/h and is capable of carrying a weapon payload of up to 8 tons.

In October, a Sukhoi Su-34 took part in the first-of-its-kind night-time flight into the lower stratosphere where it destroyed a hypothetical enemy while at supersonic speed.