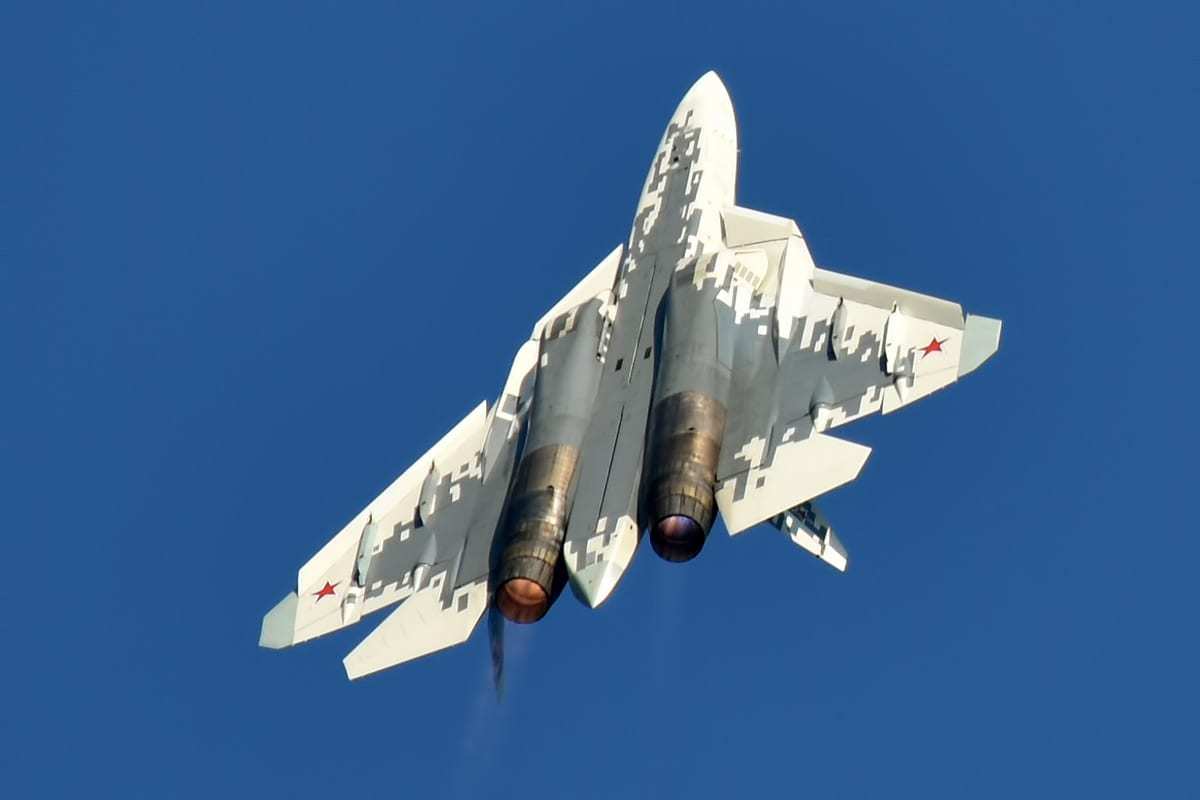 Russia has invested heavily in its Sukhoi Su-57 fifth-generation fighter, and efforts to refine the aircraft have continued. This week state media reported that the first batch of Su-57s with an advanced second-stage engine will be assembled in 2022.

“We continue work on the second-stage engine,” Sergei Chemezov, the head of Russia’s state tech corporation told Tass on Monday. “And I hope that somewhere in 2022 the engines will be made and mounted on the planes and we will launch their serial production in the next few years.”

The engines will eventually be serial-produced at the UEC-Ufa Engine Production Association – part of the United Engine Corporation within Rostec.

“Several prototypes of the new engine have already been manufactured,” said Chemezov. “Now work is underway to finalize its assemblies and systems.”

The Ufa enterprise previously manufactured the first prototype of the second-stage engine that entered flight tests back in December 2017. It was also previously reported that the serial deliveries of Su-57 fifth-generation fighters fitted out with the new engines would begin in 2023.

Last month the Russian Defense Ministry announced that it would receive the first serial-produced Su-57 with an operational first-stage engine by the end of this year. The delivery rate for the fighters was expected to grow to 15 aircraft per year.

Development on the advanced Su-57 began in 2002, but the aircraft only took its first flight on January 29, 2010. The Su-57 is essentially an evolution of the Su-27 Flanker’s shape, modernized for low radar observability while providing even greater maneuverability.

The single-seat, twin-engine multirole fifth-generation Su-57 jet fighter was designed for air superiority and attack operations. It can destroy all types of air, ground, and water-based targets. The plane, which is the first Russian aircraft to utilize stealth technology, was also designed to have supercruise, supermaneuverability, and advanced avionics to overcome attacks from the prior generation fighter aircraft as well as ground and naval defenses. The fighter jet also has supersonic cruise speed, internal weapons bays, radio-absorbing coating, and the newest onboard equipment.

The Sukhoi Su-57 features two large internal weapons bays arranged in tandem, which run nearly the entire useable length of the aircraft. Each of those bays can carry up to four K-77M beyond visual range radar-guided missiles. Compared to earlier versions of the K-77 (NATO nickname: AA-12 Archer) the K-77M missile has a larger body and active electronically-scanned array radar seeker, allowing it to engage highly agile targets at ranges of up to 100 miles. The aircraft also stores a pair of K-74M2 short-range infrared-guided missiles in underwing fairings.

Earlier this year, it was also reported that the stealth fighter was being equipped with new variants of the Vympel NPO R-77 medium-range air-to-air missiles. Footage of the Su-57 appeared in an official state produced documentary commemorating the 100-year anniversary of the founding of the 929th V.P. Chkalova State Flight Test Center.

Unlike other Russian aircraft, the Su-57 has not been exported to date—so details on the plane have remained somewhat murkier than other platforms. However, in September Russian state media reported that Moscow will offer the Su-57 jet for export and it was expected that foreign demand was likely to increase after the Russian Armed Force’s order is fulfilled.