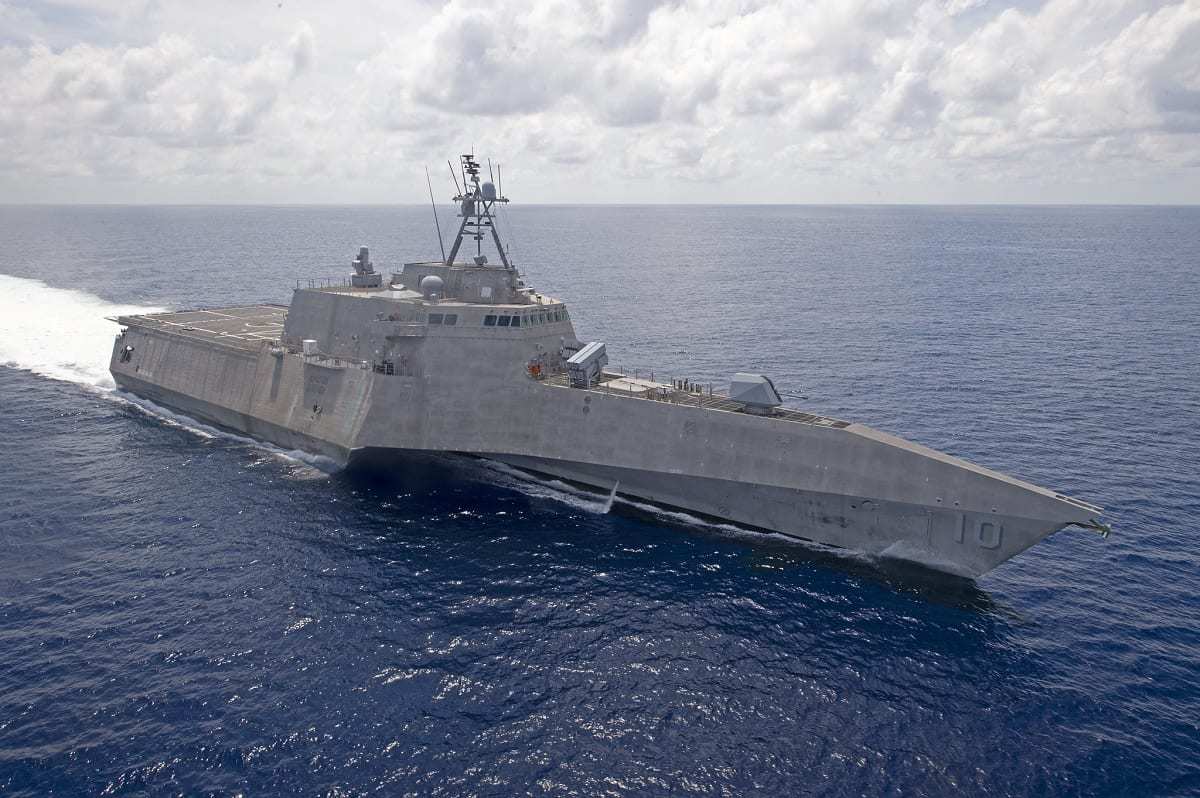 China has accused the United States of “muscle-flexing” after the deployment of U.S. warships to the South China Sea last week.

According to a Newsweek report, the Chinese Communist Party newspaper Global Times called the U.S. Navy‘s deployment of an amphibious ready group to the South China Sea “a bluff and muscle-flexing action that pundits believe would damage regional stability.”

Makin Island is a Wasp-class amphibious assault ship. It can embark, deploy and land elements of a United States Marine Corps landing force and support an amphibious assault with helicopters, landing craft and other amphibious vehicles. The secondary role of the warship is that of sea control and power projection.

In this case, it is all about power projection.

Last month, the Makin Island Amphibious Ready Group (ARG) and the 15th Marine Expeditionary Unit (MEU) completed their graduation exercise off Hawaii ahead of the final certification for the ARG/MEU. The U.S. Pacific Fleet had kept the details of the deployment sparse USNI News had previously reported.

“U.S. forces routinely operate in the region to include the South China Sea as we have for more than a century as a commitment to regional stability and a free and open Indo-Pacific,” Vasquez added. “All of our operations are designed to be conducted in accordance with international law and demonstrate that the United States will fly, sail, and operate wherever international law allows.”

The arrival of the ARG/MEU coincided with Acting Secretary of Defense Christopher Miller’s visit to Asia, which included a trip to Indonesia and the Philippines. 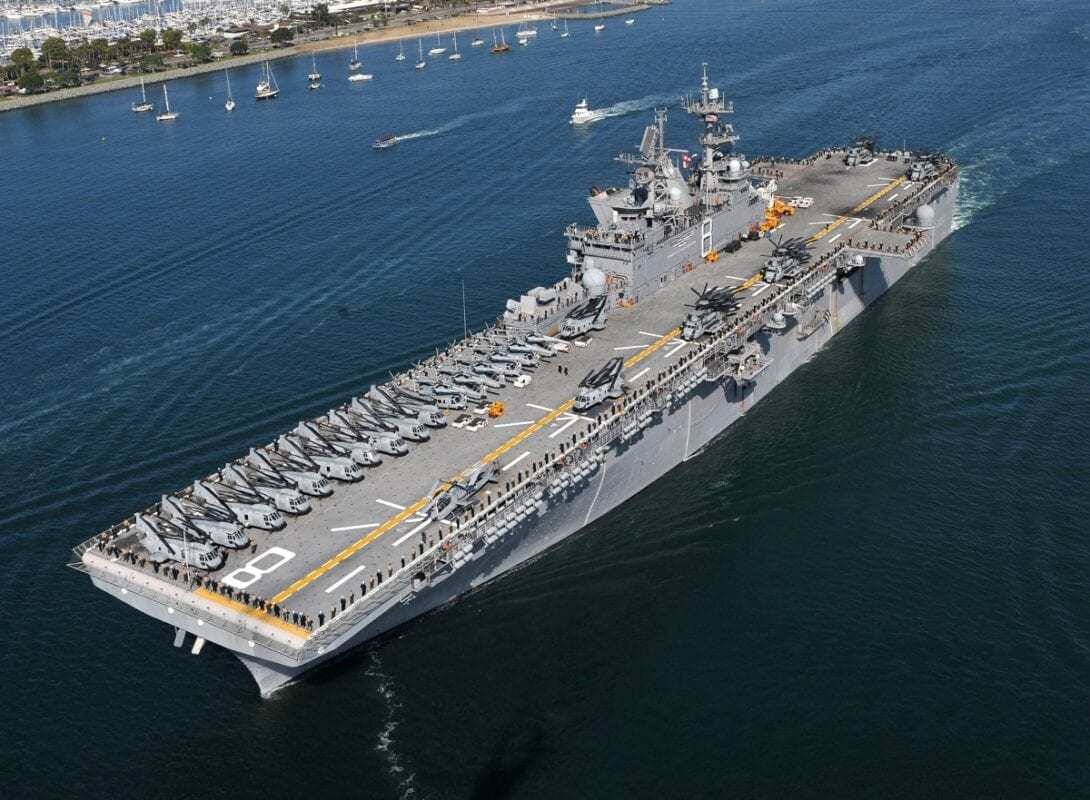 111114-N-KD852-268 SAN DIEGO (Nov. 14, 2011) Sailors and Marines man the rails aboard the amphibious assault ship USS Makin Island (LHD 8) as the ship departs San Diego on a regularly scheduled deployment in support of the Navy’s Maritime Strategy. This will be the maiden deployment for Makin Island, the Navy’s newest amphibious assault ship and the only U.S. Navy ship with a hybrid electric propulsion system. By using this unique propulsion system, the Navy expects to see fuel savings of more than $250 million during the ship’s lifecycle, proving the Navy’s commitment to energy awareness and conservation. (U.S. Navy photo by Chief Mass Communication Specialist John Lill/Released)

In response to the U.S. Navy’s deployment of its warships, China’s People’s Liberation Army Navy (PLAN) also deployed vessels. These included the PLAN’s Type 056A corvettes Enshi, Yongzhou and Guangyan, which took part in a live-fire, long-range, high-intensity exercise.

China has built 44 of the Type 056A corvettes as of January of this year, and nine more are believed to be under construction. These warships have been a key part of the PLAN’s rapid expansion efforts.

Beijing has claimed that the U.S. Navy’s recent deployments to the disputed South China Sea undermines regional stability, while Washington has challenged China’s territorial claims to the body of water under its Freedom of Navigation Program.

The hawkish Global Times also warned, “China should be prepared to confront the U.S. in the South China Sea and Taiwan Straits no matter who sits in the White House.”