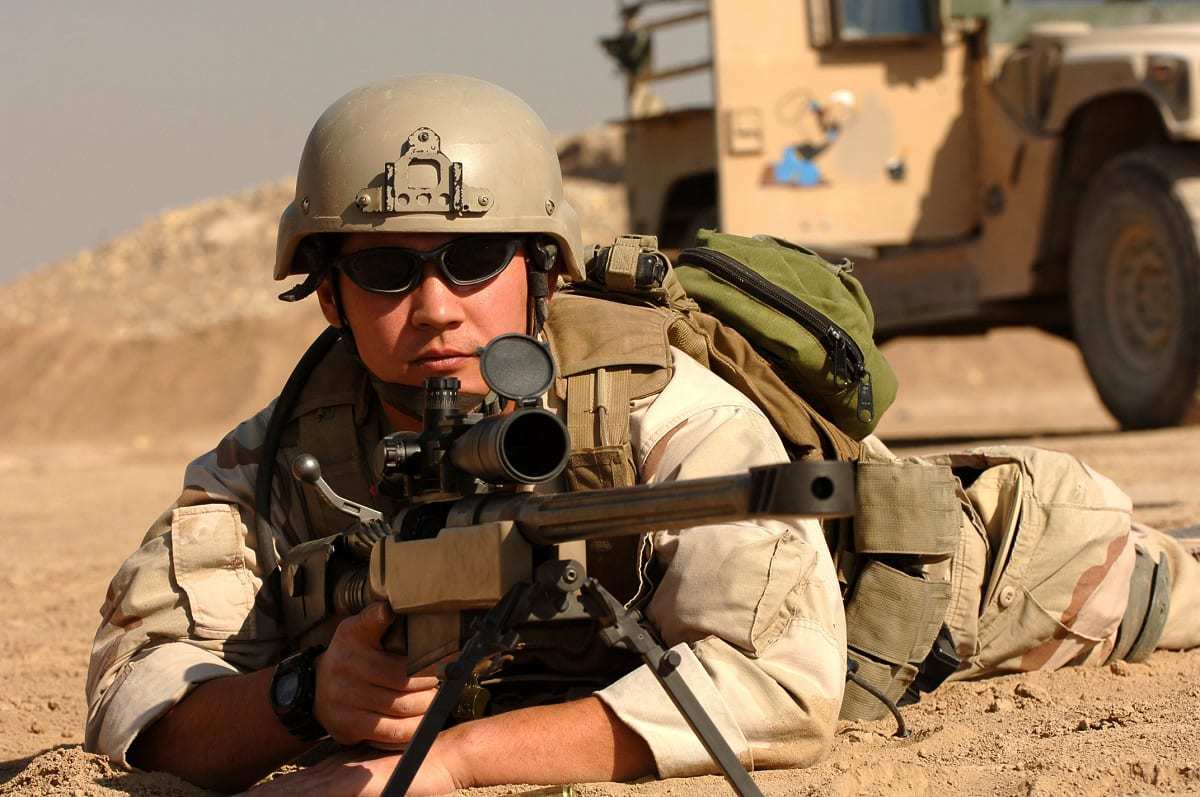 Many rifles may fall into the “Long Range Sniper Weapon” category, but in the case of the C15 (or, the Canadian Army’s designation for the McMillan TAC-50) it has the distinction of being a deadly firearm.

And it didn’t just set the record for the longest kill with a rifle; the C15  was used on three separate occasions to set that record over a 15-year time span.

While the United States Marine Corps sniper Carlos Hathcock set a record in 1967 for the longest kill shot at 2,500 yards, he did it with an M2 .50 caliber machine gun set to semi-automatic mode. His record held for nearly 35 years until March 2002, when during Operation Anaconda, Canadian Army sniper Arron Perry scored a confirmed kill at 2,526 yards using the C15.

However, Perry’s record-breaking shot was itself surpassed just a month later, when another Canadian Army sniper, Rob Furlong, topped Perry with a shot ranging 2,657 yards and with another C15. Two for two would have been impressive, but as We Are Mighty reported, yet another Canadian marksman set and now holds the world record at a mind-blowing 3,540 yards – over half a mile longer than Furlong’s 2002 kill – and yes, with a C15.

It is the military version of the commercially produced McMillan TAC-50, which was itself the culmination of years of refinement it was first developed in the late 1980s. McMillan, an Arizona-based manufacturer, has also produced several versions of the .50 caliber rifle for military, law enforcement, and civilian use.

The rifle has been used by the United States Navy Seals as the Mk. 15, while it is employed by Canada’s Joint Task Force 2 as the C15. In various configurations, the platform is also used by special forces units of the Israeli, French, Italian and Jordanian Armies, as well as by the South African Police Service Special Task Force and Turkish Gendarmerie.

As one might expect this isn’t your run-of-the-mill sniper rifle. The manually-operated bolt action rifle is a massive 26 pounds and is 57 inches in length. It features a heavy match-grade barrel and is fitted with an effective muzzle brake, which helps reduce recoil – something shooters surely appreciate given that it is chambered for the .50 BMG round, which is powerful enough to penetrate through bricks and even concrete.

The military versions feature an adjustable stock that is made of fiberglass, and while it lacks any iron sights, it can be used with a variety of telescopic or night sights. According to Military-Today, the Canadian armed forces generally use the C15 with 5-25x magnification scopes. The rifle is fed from a detachable five-round box magazine.

In the case of the three kills with the TAC-50/C15 the shooters may have had a slight edge over Hathcock’s M2 “Ma Deuce,” and not just because he used a machine gun as a sniper rifle. The Canadian shooters also fired their weapons with the Hornaday A-Max match-grade round, which weighs just 750 grains, less than 1.8 ounces. It can travel far greater distances – but with respect to the snipers, it was their skills along with the right weapon and rounds that ensured they set the records. And not just once but three times.