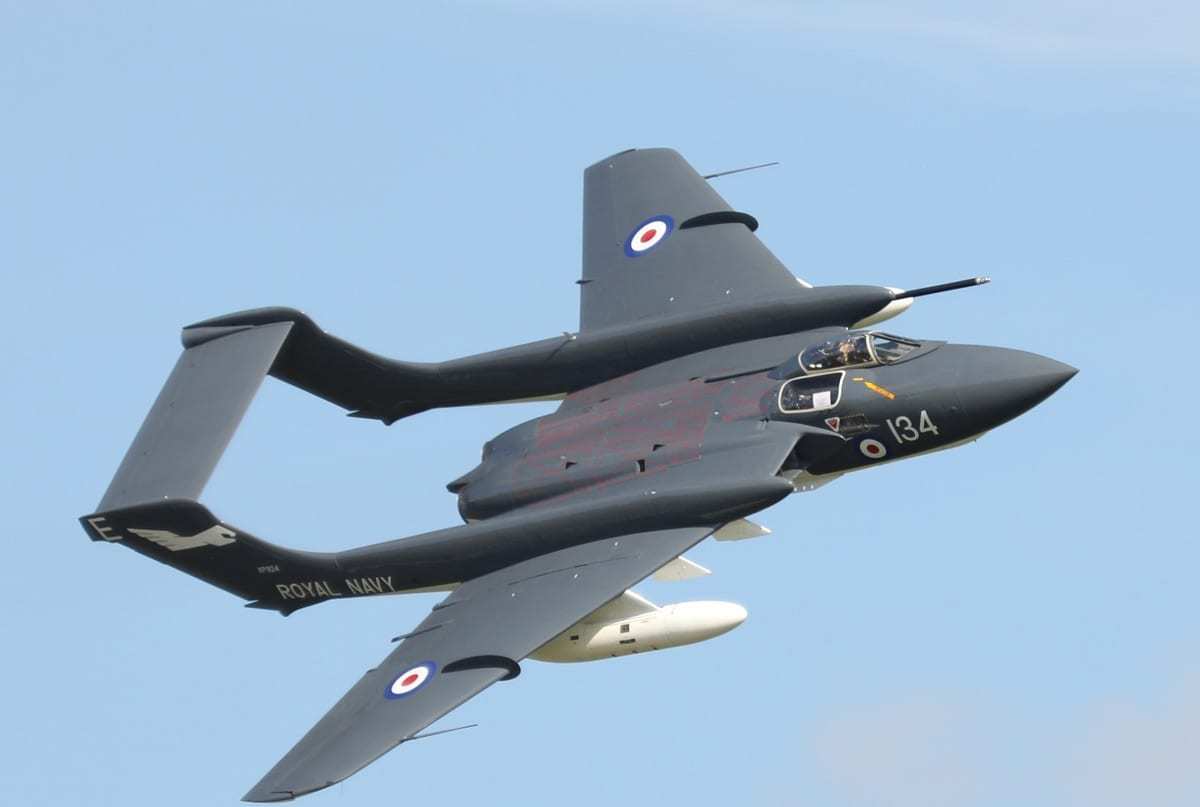 The dawn of the Jet Age saw a number of pioneering achievements in aerospace, from the first airplane to break the sound barrier, to the first Mach 3+ flight to name a few. And while these were both American achievements, products of the legendary U.S. Air Force X-series aerospace program, this lesser-known British plane has managed to well, slip under the radar, like the de Havilland Sea Vixen.

From the Drawing Board to the Sky

In the aftermath of the Second World War, the Royal Navy needed a jet-powered airplane that could fly — and fight — in all types of weather, day or night. This necessitated several design factors. As the airplane would be jet powered, it would need swept wings, unlike the straight-winged aircraft that previously flew during the War. As it would fly over the ocean, two engines would be necessary in case one engine was lost. And, the jet would need a crew of two in order to operate on-board radar, navigate, and to fly the plane.

Starting with some previous designs that the de Havilland Aircraft Company had come up with, their prototype was a decidedly odd-looking — a twin-boom tail design with engines on either side of the fuselage. At first the design was a success: their prototype actually exceeded performance expectations and earned the distinction as the first British two-seat fighter to break the sound barrier. Though the prototype seemed to be a solid airframe, disaster struck in 1952.

During the 1952 Farnborough Airshow, one of de Havilland’s prototypes disintegrated while performing a maneuver in flight: the engines separated from the airframe, one of which crashed into a crowd of spectators. The cockpit, still containing the crew, fell out of the sky onto the runway, killing both instantly and injuring more spectators. In total, 31 people died, with an additional 60 suffering injuries from the broken up airframe.

In the aftermath of the accident, an investigation revealed that the airframe had been subjected to higher stresses than anticipated. The wing’s leading edges buckled and were shorn off, causing the plane to tumble and disintegrate. A redesign was necessitated. 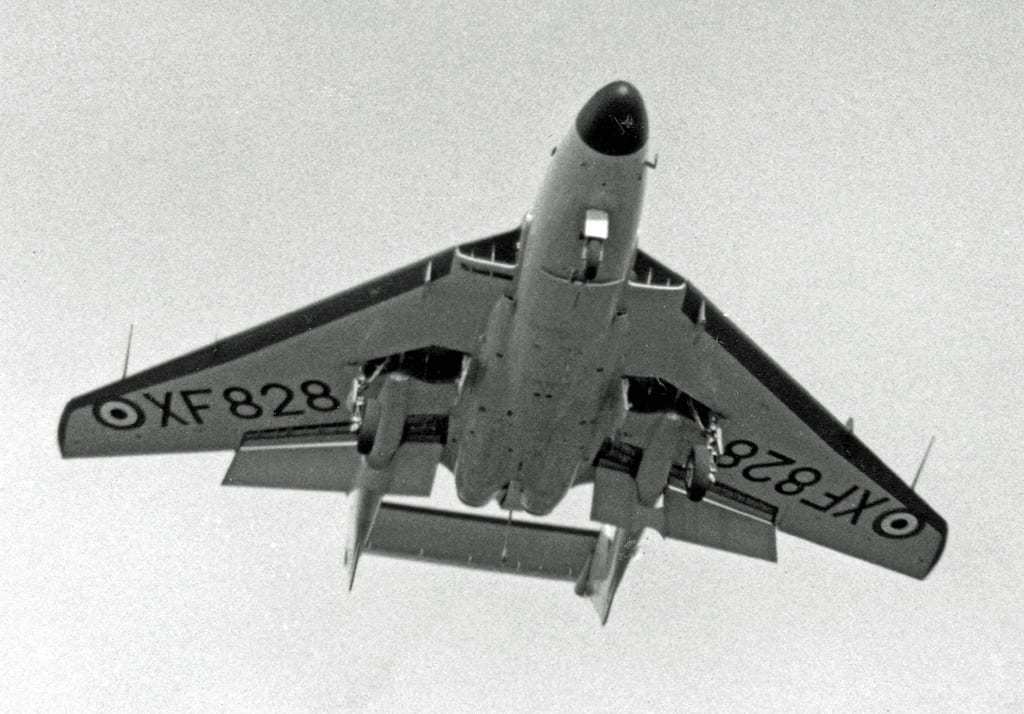 In addition to a strengthened airframe, the de Havilland Sea Vixen had redesigned landing gear to better handle the stresses of landing at sea and a slightly modified fuselage. Besides the immediately-noticeable twin-boom tail, one of the de Havilland Sea Vixen’s most notable features was its very unconventional cockpit layout. Rather than the pilot and navigator sitting in a tandem-style configuration, they sat side by side. However, the navigator’s seat was buried inside the right side of the airframe behind the nose and offered zero visibility. The pilot on the other hand sat in a left-offset seat just next to the navigator.

The de Havilland Sea Vixen would serve in Royal Navy service until the early 1970s, when it was retired in favor of the American McDonnell Douglas Phantom. Less than 150 Sea Vixen airframes were built, with a high number of airframe losses. However, the Sea Vixen achieved one other first: the first British fighter to be armed entirely with rockets, air-to-air missiles, and bombs, without an onboard gun. Still, it is probably for the best that it served for only 12 years.