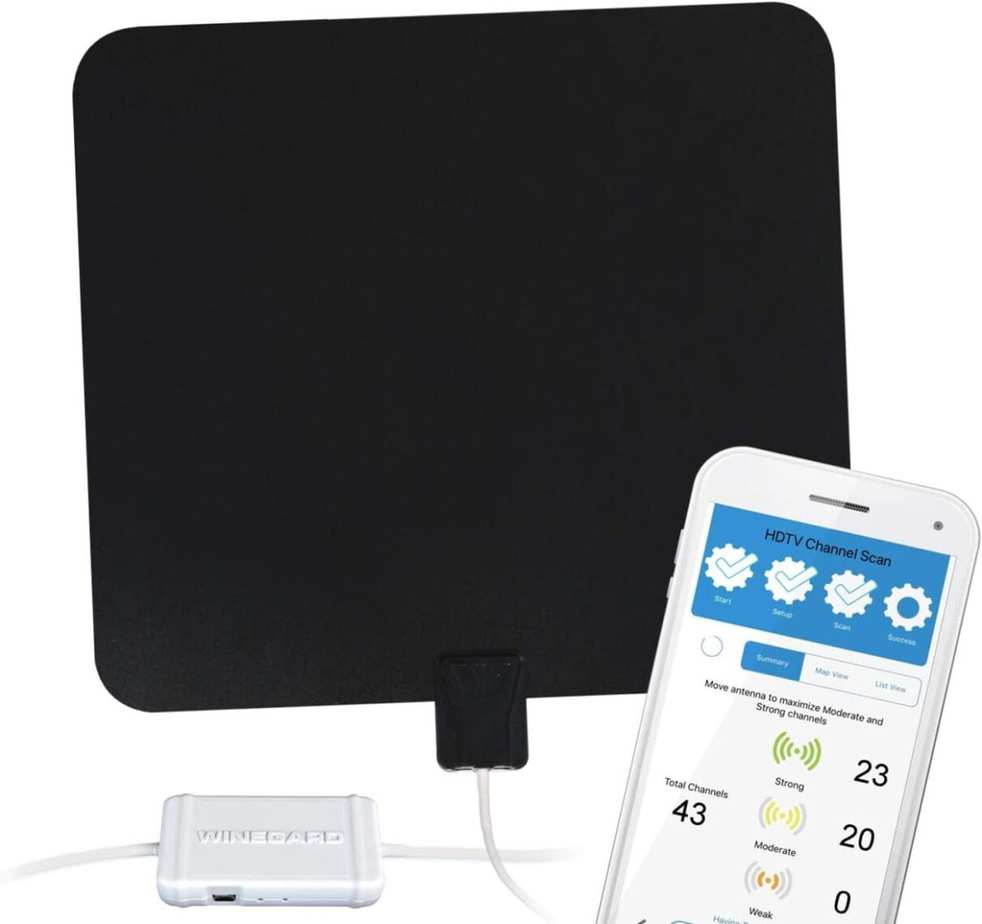 Not everyone knows that digital antennas are available as a key part of the cord-cutting equation, but they certainly are.

They were rising in popularity, even before the pandemic, with Parks Associates stating that the use of an HDTV antenna rose 25 percent among broadband households in 2019.

If you buy an antenna and attach it to your TV, you have access to digital signals for local TV channels, completely free of charge, beyond whatever you paid for the antenna itself. This means every network TV  affiliate – which gives you prime-time TV shows, national nightly news, nearly all Sunday NFL broadcasts, “Saturday Night Live,” and everything else that airs on ABC, NBC, CBS and Fox. The signal comes through straight to your TV,  just like it did on old-school rabbit-ear TVs, and often with a high-quality picture. And the antenna signal often arrives a few seconds earlier than it does through cable, so you’ll even get to see that game-winning touchdown a few seconds before your cable-watching neighbors do.

Digital antennas also give access to UHF channels, as well as “alternate” broadcasts of each local TV station. Much of these channels, much of the time, show old movies and vintage sitcom episodes. And in another benefit, the antennas, most of the time, are extremely easy and quick to set up — just attach them to your TV, run a channel check, and you’re up and running.

These types of things are valuable because if you’re a pure cord-cutter — no cable, YouTube TV or Hulu + Live TV, and all you pay for are Internet and regular streaming services — there’s no other easy way to get those local channels, without an antenna. More recently, antennas have provided an option for those who are missing specific TV channels, due to the programming disputes that have caused blackouts around the country for DirecTV and Dish Network subscribers.

The downsides of getting those channels through a digital antenna include the lack of ability to DVR, and also the chance that the antenna might not get reception in your house or the room where your TV is. Also, antennas can only be used on one TV at a time, and on some of them, the signal can get temporarily muffled when children or other members of your household run or stomp nearby. 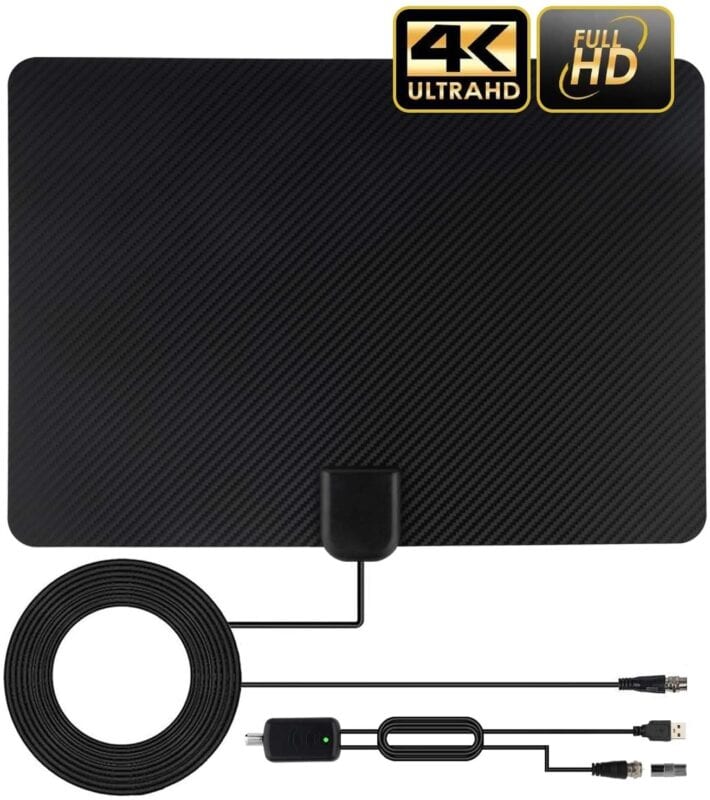 Digital antennas also vary widely in price. You can get them as cheap as $10, such as the Channel Master Flatenna 35, which was recently named by CNET as the best antenna available, and the cheap price makes it easy to buy multiple units for different TVs in your house. The site also recommended a slightly more powerful antenna, Antennas Direct Eclipse, which goes for $80, as well as the AmazonBasics antenna, which is available for just $20 for Prime members.

There are also higher-end antennas available, most of which are meant for outdoor use, or to pull signals from much further away. Tom’s Guide calls the Winegard Elite 7550 the best outdoor antenna available. It’s listed on the Winegard website at $149.99, although it’s currently discounted to $104.99. The site advertises a 70+ mile range, and that it “receives VHF and UHF signals in crystal-clear HD, allowing you to watch channels from 70+ miles away.”

Another option, the ClearStream 2MAX HDTV Antenna, works both indoors and outdoors, and its edition that offers a 60-mile signal is priced from $139.99. However, most consumers will have their antenna needs met with one of the sub-$20 options.

If you’re thinking about taking the antenna plunge, a site called AntennaWeb allows you to enter your zip code, and find which channels are available where you live.