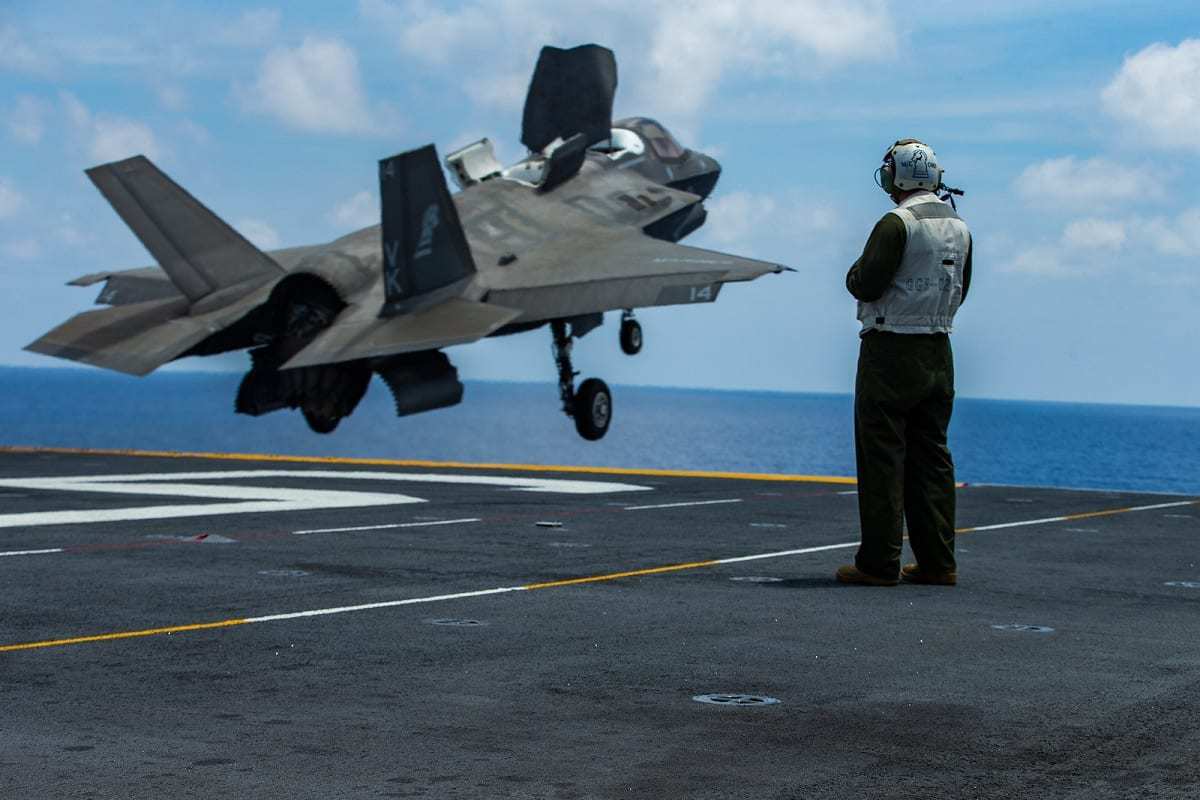 Last month, pilots of the Marine Fighter Attack Training Squadron 501 (VMFAT-501) conducted the mass launch of the Lockheed Martin F-35B fighters at Marine Corps Air Station Beaufort (MCAS), South Carolina. In total 21 of the short take-off and vertical landing (STOVL) variants of the Joint Strike Fighters were able to take to the sky, and the training allowed the unit to take part in a full days’ worth of flight exercises.

The mass launch was announced on the official MCAS Facebook account, which added, “Great job to all the marines who worked tirelessly to ensure today’s training went smoothly!”

A similar sentiment was shared on Twitter account of the F-35 Lightning II Joint Program Office (@theF35JPO), which tweeted an image of the aircraft lined up on the tarmac and the message, “Lightning Storm ⚡ #Marines, assigned to Marine Fighter Attack Training Squadron 501, recently conducted a max effort launch with 21 F-35Bs from @MCASBeaufortSC  – allowing the unit to conduct a day’s worth of flights in a single launch.”

Keen-eyed users on social media also spotted some “unique” characteristics of the 21 aircraft that were lined up at MCAS. At least a couple of the aircraft were believed to feature insignia of the Italian Navy – but it is unclear if USMC aviators or Italian Navy pilots took part in the exercise.

Known as the “Warlords,” VMFAT-501 operates a total of 28 F-35B Lighting II aircraft, and the unit serves as the Fleet Replacement Squadron. The squadron assumed the lineage of Marine Fighter Attack Squadron (VMFA) 451, originally known as the “Blue Devils,” which saw action in the Second World War and Operation Desert Storm before decommissioned in January 1997.

VMFAT-501, which was reactivated in 2010, was first stationed at Eglin Air Force Base in Florida, before being moved to its permanent home of MCAS Beaufort in 2014. 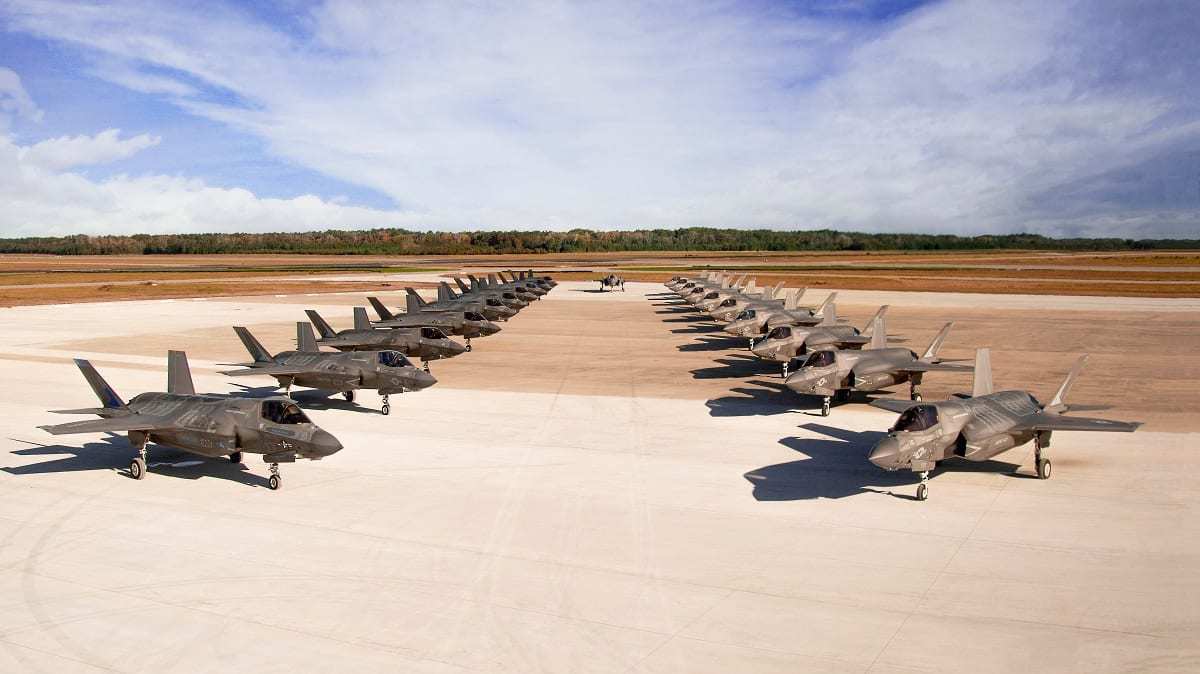 The F-35B and the Marines

The F-35B STOVL variant of the Joint Strike Fighter (JSF) is distinct from the F-35A and C variants in that it employs a lift fan and thrust-vectoring engine to take off in short distances and land vertically. This unique attribute allows the fighter to operate from short runways; small, simple aircraft carriers and amphibious warfare ships.

The Marine Corps plans call for it to eventually operate 353 F-35Bs as well as 67 of the F-35Cs — the latter being the naval variant designed to operate off of aircraft carriers. The F-35 has been described as the future of Marine Corp’’ tactical aviation, and will ultimately replace the AV-8B Harrier, the F/A-18 Hornet, and the EA-6B Prowler in all units across the service.