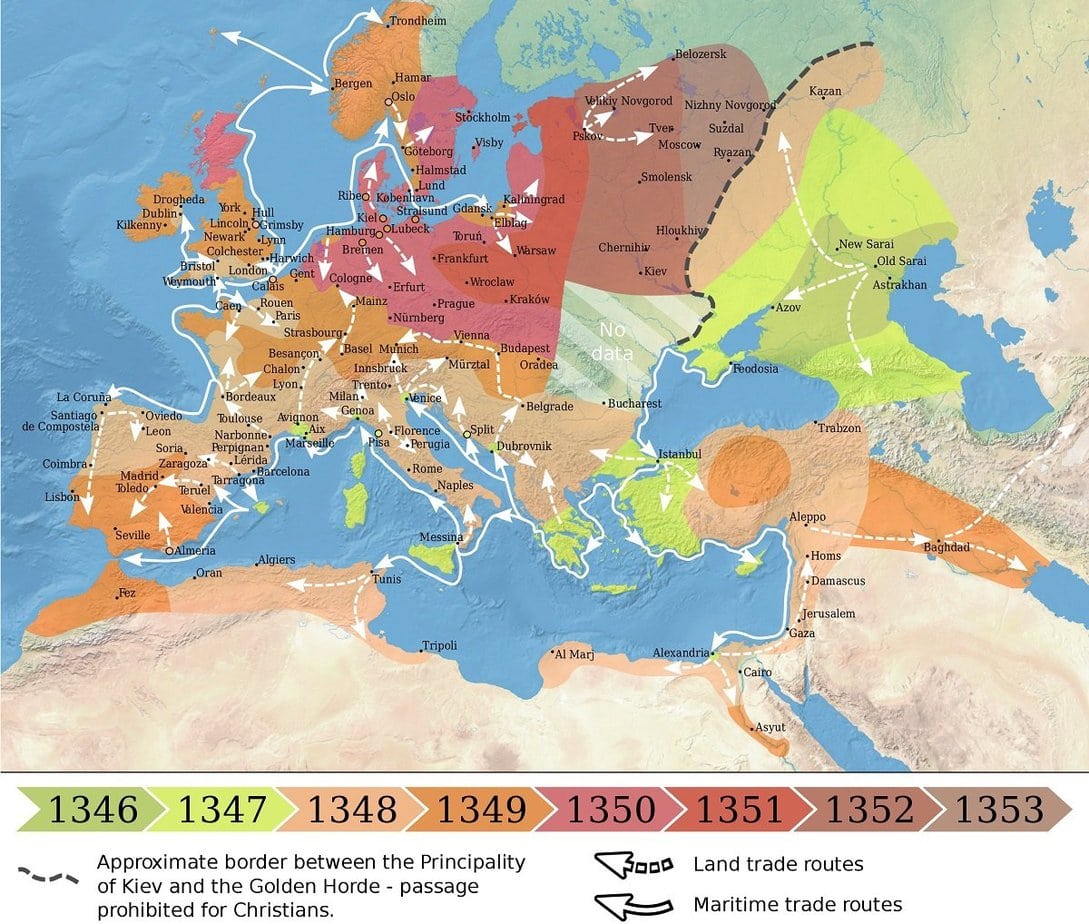 If one aims to imagine the ultimate worst-case scenario for the ongoing coronavirus pandemic, there is no need to look any further than the Black Death, a global epidemic of bubonic plague that crippled Europe, Asia, and North Africa in the mid-1300s.

The Black Death—also known as the Pestilence, the Great Mortality, and the plague—is considered the deadliest pandemic in human history, as it resulted in the deaths of an estimated seventy-five to two hundred million people.

For comparison, now roughly eleven months into the current coronavirus pandemic, there have been at least 1.8 million deaths, according to the latest data compiled by Johns Hopkins University.

If one wants a better matchup in terms of the Black Death’s overall death toll, the 1918 flu outbreak would be a solid runner-up. Lasting from February 1918 to April 1920, the virus infected a third of the world’s population in four successive waves and killed at least fifty million people—roughly 675,000 of them in the United States, according to the U.S. Centers for Disease Control and Prevention.

What chiefly made the Black Death so devastating was the fact that it occurred when it did—way back in the fourteenth century. Unfortunately, the people at that time did not have access to modern improvements in hygiene, life-saving vaccines and antibiotics, and time-tested guidelines for public health and safety.

Therefore, when the plague finally struck the shores of Europe in October 1347—when twelve ships from the Black Sea docked at the Sicilian port of Messina—doctors and the general public weren’t at all equipped to deal with the terrible reality of the disease.

“In men and women alike,” the Italian poet Giovanni Boccaccio wrote, “at the beginning of the malady, certain swellings, either on the groin or under the armpits … waxed to the bigness of a common apple, others to the size of an egg, some more and some less, and these the vulgar named plague-boils.”

Today, the plague can be treated relatively easily with antibiotics, but at that time, no one had the knowledge or resources to combat the swellings, fever, chills, vomiting, diarrhea, and aches and pains.

How the disease was transmitted was a giant mystery as well. One doctor said at the time: “Instantaneous death occurs when the aerial spirit escaping from the eyes of the sick man strikes the healthy person standing near and looking at the sick.” 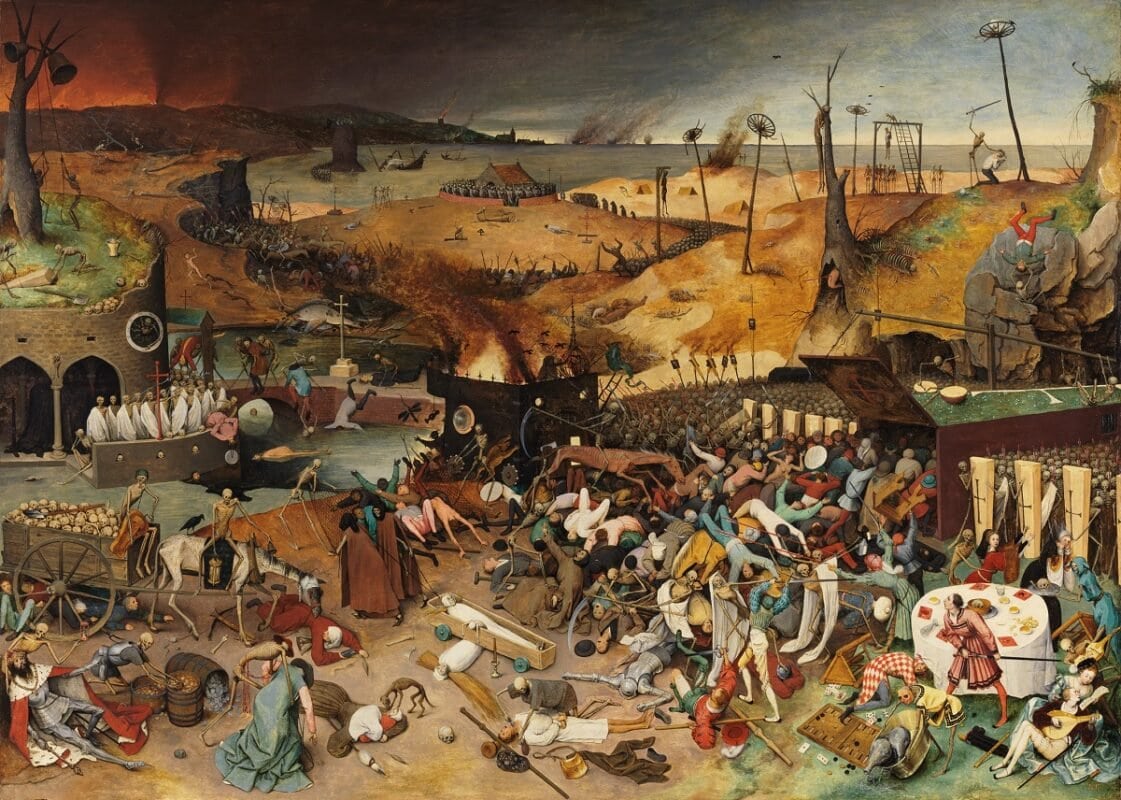 The Triumph of Death by Pieter Bruegel the Elder

Now, medical experts know that the plague, caused by the zoonotic bacteria Yersinia pestis, travels from person to person through the air, as well as through the bites of infected fleas and small mammals like squirrels and rabbits.

The disease specifically targets the lymphatic system, which causes swelling in the lymph nodes. If left untreated, the infection can spread to the blood or lungs with deadly consequences.

Eventually, through strict quarantine measures and social distancing, the plague’s rate of spread was slowed to a point where it became manageable. But even today, the disease hasn’t been totally eradicated.

According to the World Health Organization, there are between one thousand and three thousand cases of the plague each year. Without treatment, it can cause death in up to 60 percent of those who get infected.

“Unlike in the fourteenth century, we now have an understanding of how this disease is transmitted,” Dr. Shanthi Kappagoda, an infectious disease physician at Stanford Health Care, told Healthline in a 2019 interview.

“We know how to prevent it—avoid handling sick or dead animals in areas where there is transmission. We are also able to treat patients who are infected with effective antibiotics and can give antibiotics to people who may have been exposed to the bacteria (and) prevent them (from) getting sick.”