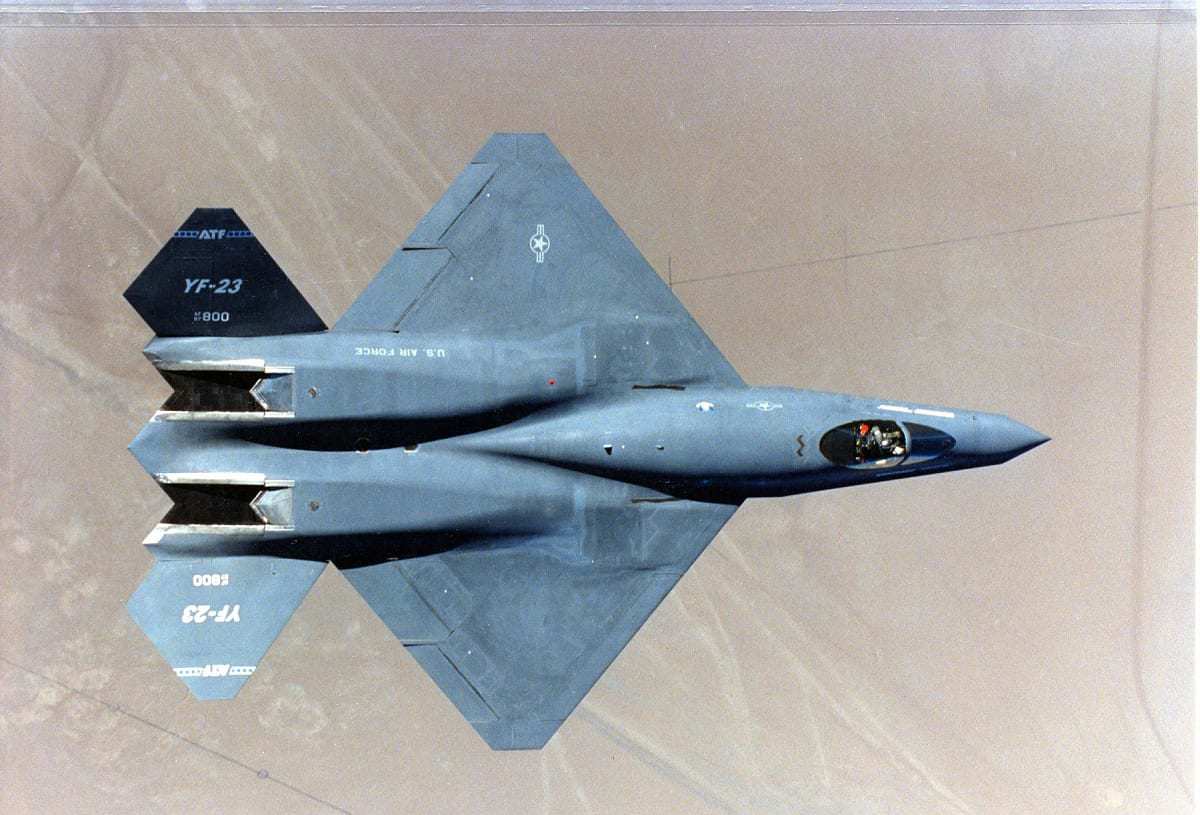 Military history is rife with “what-ifs” but among the lesser considered “alternate” paths that history could have taken is where a different platform was developed. In the case of the Northrop Grumman YF-23 perhaps very little would be different. The aircraft competed with the Lockheed Martin YF-22 in the Advanced Tactical Fighter Project. In the end, the Lockheed Martin aircraft won out and was developed into the United States Air Force’s air-superiority fighter, the F-22 Raptor.

The Air Force had originally planned to buy 750 of the fighters, however, the program was scaled back to just 187 operation production aircraft and the last F-22 was delivered in 2012.

Would the Northrop/McDonnell Douglas YF-23 have fared any better? That is a question that few likely even ponder, but perhaps the better plane lost out.

The Northrop offering to the ATF Project was a fifth-generation, single-seat, twin-engine stealth fighter designed to address the perceived threat from the Soviet Union’s Sukhoi Su-27 and Mikoyan MiG-29. Several companies originally submitted design proposals, but in the end, the U.S. Air Force opted for designs from Northrop and from Lockheed – the latter partnered with Boeing and General Dynamics on the YF-22, later adopted into service as the F-22 Raptor.

Whereas the YF-22 took a more traditional aircraft design, the YF-23 was quite distinct, and the Northrop aircraft has been described as having an “almost pancake-like airframe structure with blended wing elements.” Its diamond-shaped wings were meant to reduce aerodynamic drag at transonic speeds.

Two prototypes of the YF-23 were built, each with a different set of engines. This was done to evaluate two different experimental turbofan engines. 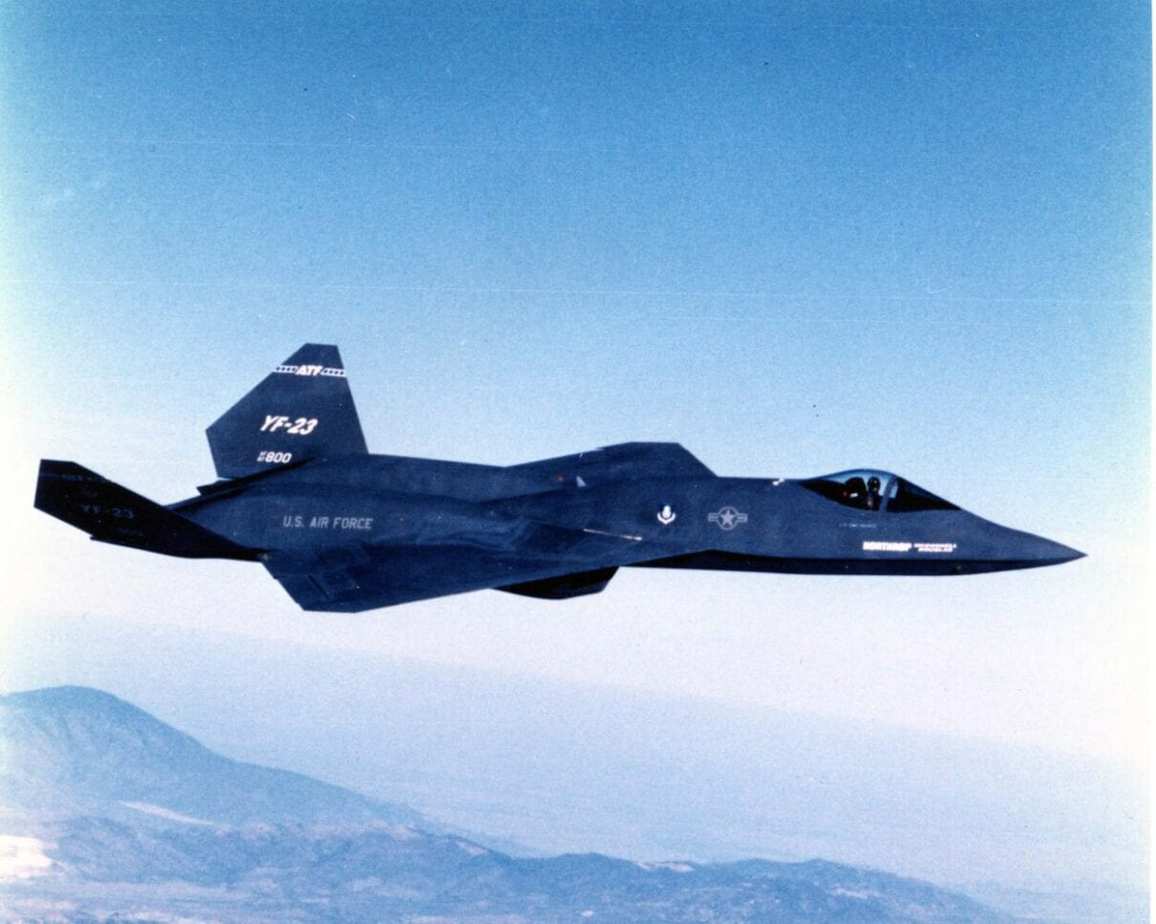 Prototype Air Vehicle 1 (PAV-1) was equipped with twin Pratt & Whitney YF199 engines, while Prototype Air Vehicle 2 (PAV-2) was powered by a pair of General Electric YF120 engines. The two aircraft could be easily distinguished as the former was painted charcoal gray and unofficially nicknamed “Spider” or “Black Widow II” – in honor of the Northrop P-61 Black Widow flown during World War II – while the latter was painted in two shades of gray and nicknamed “Gray Ghost.”

Despite different engines, both of the prototype YF-23s were fast and stealthy, while the low profile and classified skin material on the airframes were said to be nearly 100 percent undetectable by nearly any radar system of the era. To lessen weight and increase the stealth capabilities, Northrop decided against using thrust vectoring for aerodynamic control as was used on the Lockheed YF-22A.

Both engines provided a “supercruise” function that allowed the fighter to achieve sustained supersonic flight without the use of the afterburner.

The YF-23 was ready for a fight, and armed with a fixed 20mm M61 Vulcan, while internal bays could house four AIM-7 Sparrow or AIM-120 AMRAAM medium-range air-to-air missiles, as well as a pair of AIM-9 short-range missiles.

Where the YF-22 edged was in agility, something that is of the utmost importance in a fighter aircraft. The YF-22 was determined to be the superior aircraft in a dogfight, and that was enough to convince the Air Force that the Lockheed Martin design was the better of the two. Yet in the end, the F-22 Raptor wasn’t exactly what the Air Force determined it needed either. It is hard to say if a different conclusion would have been reached if the YF-23 was selected instead.