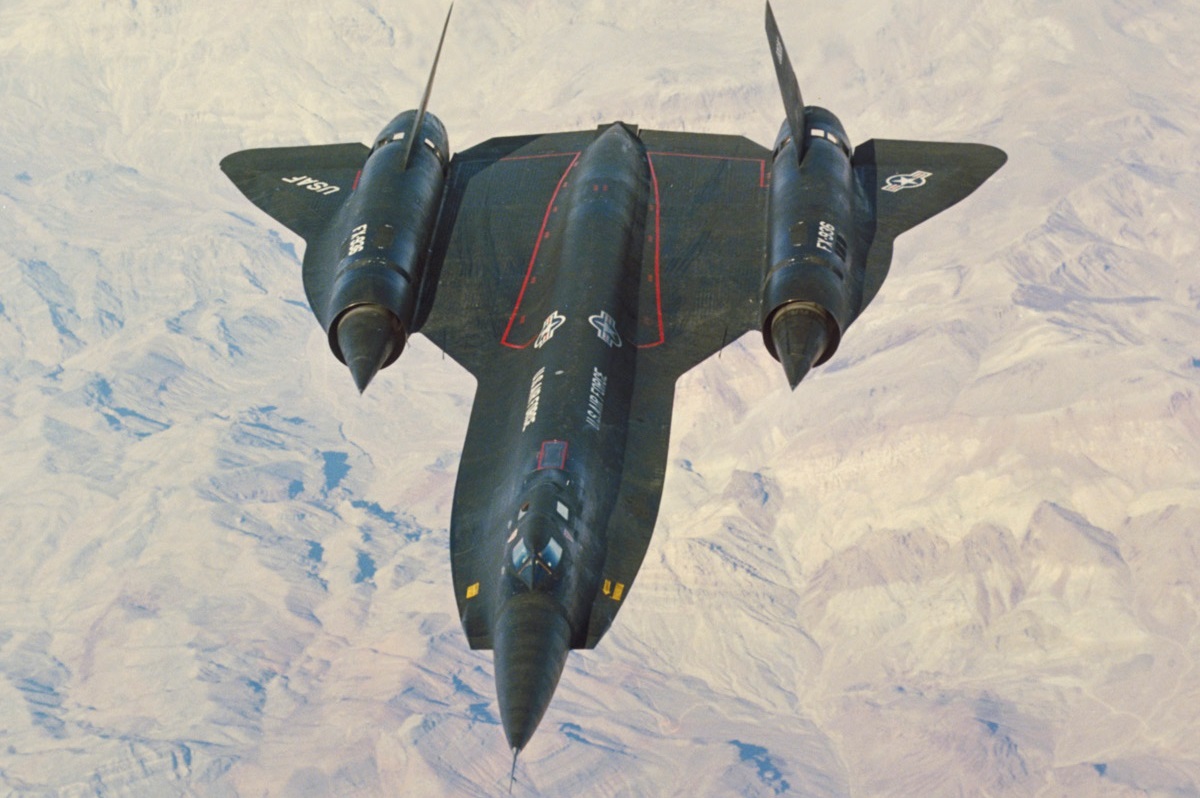 When it comes to getting from point A to point B, taking to the air is the quickest way possible, obviously. For commercial fliers, nothing was faster than the British-French designed Concorde SST, which could reach Mach 2.04 (2,180 km/h) at cruise altitude. The supersonic transport had an excellent safety record until 2000 when Air France flight 4590 crashed just after taking off from Paris-Charles de Gaulle airport. It re-entered service, but rising costs grounded the plane permanently three years later.

The Concorde’s record for cross Atlantic commercial travel has yet to be beaten, but when it comes to raw speed there are many aircraft that would leave the Concorde SST in the proverbial dust, and certainly some contrails. Here is our take on what we would argue are the five fastest planes ever to fly.

The fact that the experimental Bell X-2 Starbuster could reach Mach 3.196 is notable enough, but so much more so when you consider that the aircraft’s first powered flight took place in November 1955 – just 52 years after the Wright Brothers’ first flight.

The rocket-powered, swept-wing X-2 was developed to research how aircraft would handle at speeds higher than Mach 2.0. Sadly after reaching its record speed, Pilot Milburn G. Apt lost control of the plane when he made a sharp turn. Unable to regain control, he bailed out but only the smaller parachute in his escape pod opened and Apt was killed when he hit the ground at high speed. That fatal crash ended the program, but the Bell X-2 remains one of the fastest flying aircraft to date.

Developed by the Soviet Union as a supersonic interceptor and reconnaissance aircraft, the Mikoyan-Gurevich MiG-25 has remained one of the fastest military combat aircraft. It was also the last aircraft designed by Mikhail Gurevich and was an impressive one at that. Designed to intercept fast American aircraft like the SR-71 Blackbird (see below), the MiG-25 Foxbat could reach Mach 3.2 – but unlike the aircraft, it was designed to pursue, it carried four air-to-air missiles.

More than 1,100 Foxbats were produced in the 20-year period between 1964 and 1984, and while the MiG-25 never shot down a Blackbird, it had a distinguished combat record. It has been employed in Edge of Space flights for those who have a spare $20,000 and want to fly higher than commercial aircraft ever go.

Developed as a potential replacement for the F-106 Delta Dart, the Lockheed FY-12 was the twin-seat version of the top-secret single-seat Lockheed A-12. It featured a similar design to the more famous SR-71 Blackbird, but this aircraft was armed with three air-to-air missiles.

Only three of the FY-12 prototypes were ever built, and those were used to set many records including speed reaching Mach 3.35 and altitude of 80,000 feet – both surpassed by the Blackbird however. Yet, the FY-12 has maintained its records for the largest, heaviest and fasted manned interceptor to take to the skies.

It shouldn’t be said exactly that the FY-12 looked like the Blackbird because in fact the Lockheed SR-71 was actually based on the FY-12 – and both were designed by Lockheed’s aviation pioneer Clarence “Kelly” Johnson. In the case of the Blackbird, it was designed not as a combat aircraft but rather a Mach 3+ strategic reconnaissance aircraft with no weapons.

It set the record for the world’s fastest and highest-flying air-breathing operational manned aircraft and still holds the record for a cross-country flight – flying from Los Angeles to Washington, D.C. in just 64 minutes 20 seconds. The aircraft was reported to be so fast that the air in front didn’t have time to escape, and hence built up high pressure and raised the temperature. To address this issue, which expanded the metal airframe, it was built with pieces that were too small – and the SR-71 leaked oil while on the ground.

And there could be an SR-72 just right around the corner.

Simply put, no manned aircraft has flown faster than the North American X-15. The hypersonic rocket-powered aircraft was developed as a joint effort by the U.S. Air Force and NASA as part of its X-plane series. As the first operational space plane, it reached 100 km above the surface of the earth and flew at six times the speed of sound.

Because of its unique shape – it really did resemble a rocket more than a traditional plane – it was carried by a B-52 Stratofortress to an altitude of 14,000 meters and then dropped. The X-15 ignited its engines and instead of using traditional steering, it used rocket thrusters. On October 3, 1967, William J. “Pete” Knight made the history defining moment when he set the record for fastest manned aircraft reaching Mach 6.70 or 4,520 miles per hour. And that was just 64 years after the first flight at Kitty Hawk.