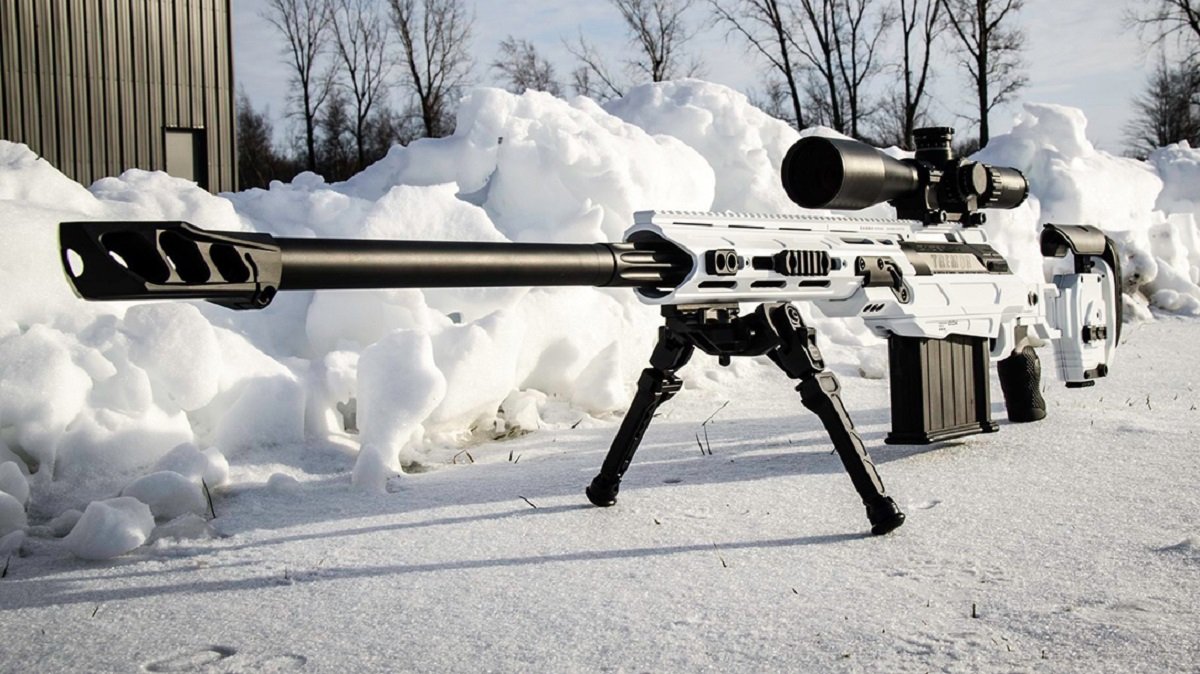 There are many opponents of the Second Amendment, including more than a few politicians, who would like to see a ban on .50 caliber rifles. The Giffords Law Center described such firearms as “among the most destructive weapons that may be manufactured and made legally available to civilians in the United States,” and claimed that such a rifle “can hit targets accurately from distances of 1,000 to 2,000 yards, depending on the skill of the shooter.”

Such hyperbole could actually be excellent selling points for a .50 caliber, but the truth is that few terrorists or criminals would ever bother using such a weapon because the keyword remains “skill.” The most accurate rifle is only going to be as good as the shooter, and then there is the issue of price – and for the cost of one .50 caliber weapon, criminals could buy a dozen handguns!

For serious law-abiding shooters, there really is nothing that compares to the power of a .50 caliber and while Barrett has set the bar for its line of true high-powered rifles, Canadian-based Cadex Defence has another option for those who want the power but not the size of a Barrett.

At just under 23 pounds, the bolt action Cadex CDX-50 Tremor is the lightest .50 BMG platform on the market today – a full 10 pounds lighter than the Barrett M107 used by the U.S. military.

Introduced in 2015, the CDX-50 Tremor is built to military specs and is capable of delivering its payload accurately while still maintaining very manageable recoil. It is easy to see why the Tremor has become the preferred firearm of law enforcement and even the Canadian military as it proves ideal for long-range sub-MOA (minute of angle) engagement.

The Tremor features a specially designed muzzle brake that works in concert with the barrel and chassis, that reduces the recoil and keeps the rifle on target allow for follow on shots, which can be critical in combat. It also features a finger-grooved rubber ergonomic grip, tool free fully adjustable folding stock, and standard bipod/sling stud. The weapon has a Bartlein R5 fluted match grade barrel with a stainless steel three-lug bolt with a 60-degree trigger, while the oversized trigger guard and magazine release were designed to ease use while wearing gloves – something our Canadian-friends thought would come in handy.

The CDX-50 Tremor also features a full-length top rail with inclination built-in, allowing it to be adapted to meet the needs of civilian and military shooters alike. It is even available in more than a dozen colors to match just about any tastes from the generic black to the paramilitary friendly O.D. green to robin’s egg blue.

About the only thing not to love is the price and at $9,000 it isn’t cheap, but quality never is. As the company has touted, it is “military strong, civilian ready” – even if some politicians don’t like it.