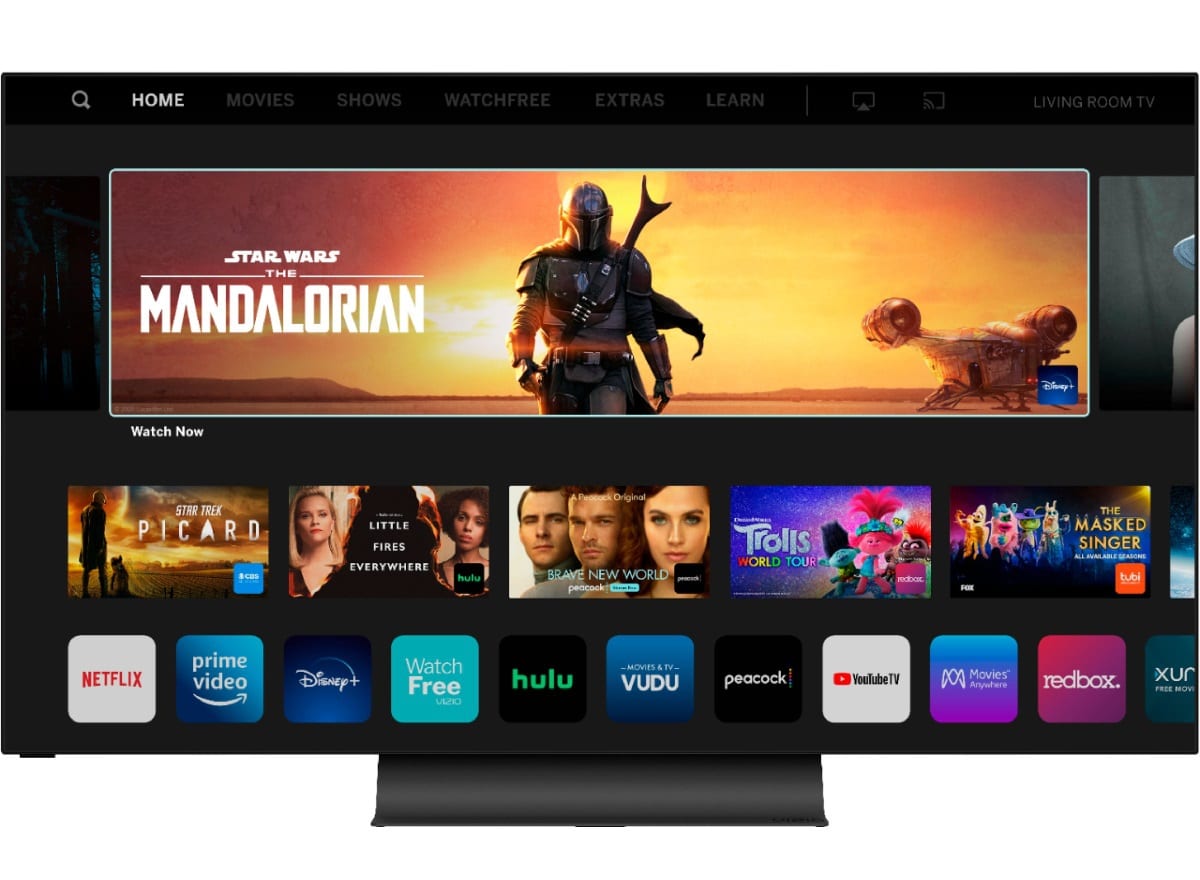 It’s the beginning of a new year—and that means that HDTVs have gotten bigger and the price points have gone lower.

So, if you’re looking to upgrade your streaming and home entertainment experience in 2021, be sure to check out the top HDTV models that will likely continue to be the big winners over the next twelve months.

To save you the trouble of picking which deals to focus on, here are five standout options you should strongly consider right now.

LG’s CX Series OLED HDTV is jam-packed with all of the eyebrow-raising power and next-generation perks that you need to create the best picture and viewing experience on the planet. Sure, it’s on the pricier side for many folks, but know that there isn’t a blemish to be found on this amazing panel. Here’s a quick rundown of what you’ll get: sleek and slim design, fantastic picture quality, accurate colors, deepest blacks, and inimitable uniformity and contrast ratios. And like its little brothers B9 and C9 Series, this CX model also proves that its wide-angle viewing is second to none. Powered by the α9 Gen 3 AI Processor 4K, the CX also features the much-coveted HDMI 2.1 features—including eARC—and comes with full-fledged support for Amazon Alexa, Google Assistant, and Apple AirPlay 2.

The 2020 TCL 6-Series boasts even better image quality than its predecessor—thanks largely to its mini-LED technology and outstanding full-array local dimming. This set is also great for hardcore gamers with a new THX game mode that combines low input lag and high contrast, ensuring low dark-to-light rise time transitions, which determine how fast the display can change from dim to bright, and bright to dim. Not to be outdone is the built-in Roku TV, which, along with Android TV and LG’s webOS, is considered an elite option among all smart TV platforms out on the market right now—and to top it off, it’s basically free with the TV.

With the Samsung Q70 Series, know that you’ll be on the receiving end of outstanding overall image quality with plenty-deep black levels. The high light output—a major strength of QLEDs—and next-generation full-array local dimming also work wonderfully well, so you’ll surely enjoy the lively and accurate colors. You’ll also be blessed with a true 120Hz panel, which does improve the TV’s overall motion performance, and know that it fully supports HDR content in HLG and HDR10+ formats. The set’s robust video processing is known to be a welcome boon for hardcore gamers and lovers of intense action films.

Vizio’s first foray into OLED HDTVs—available in fifty-five- and sixty-five-inch sizes—were released last fall, as the company joined Sony and LG as brands that offer OLED sets in the United States. The TVs feature a tiny 4mm bezel, which essentially gives it an amazing edge-to-edge picture. It is powered by the IQ Ultra processor, tapping into next-generation AI and machine learning to deliver improved colors and details. Don’t forget that it also supports the much-coveted HDMI 2.1, along with HDMI eARC, and is also compatible with HDR10, HDR10+, Dolby Vision, and HLG. The new ProGaming Engine does a wonderful job in improving graphics at up to a refresh rate of 120Hz.

Sony’s X900H Series isn’t one of those much-praised OLED or QLED panels, but you’re still going to be getting amazing picture quality, all the while staying within budget. Boasting true 4K Ultra HD resolution, this set utilizes a backlighting that taps into next-generation full-array local dimming, which does a wonderful job in boosting black levels and contrast to create a fantastic overall picture. Know that the X900H is quite pleasing to look at as well, with its modern and minimalist design that’s definitely a tier above budget models. And keep in mind that you won’t have to spend hours tinkering with the TV’s settings, as Sony’s picture presets are usually among the best out there.