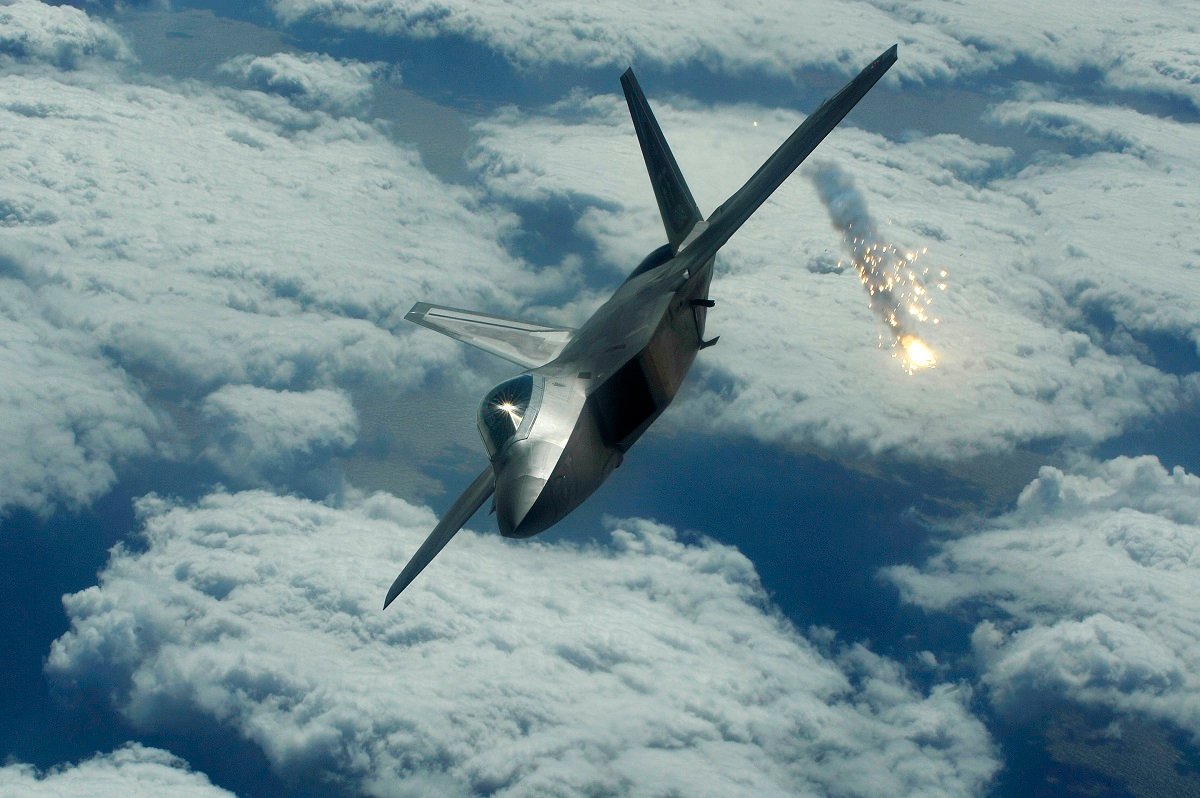 Imagine this scenario: A U.S. Air Force F-22 Raptor pilot races toward a target on the ground and when within striking distance, drops a pair of GPS-guided precision bombs. As the bombs fall from the sky, they themselves notice another, higher-priority target elsewhere on the ground. While one of the bombs stays on course, the second adjusts its trajectory, aiming directly at the second, higher-priority target. Both bombs hit their marks — and all the F-22 pilot had to do was fly them out and release them.

Though this scenario sounds like science-fiction, it is exactly what the Air Force is currently working on: a class of networked munitions that can operate within their Rules of Engagement, but without a human being constantly in the loop.

More specifically, the Air Force defines the Golden Horde as a class of weapons that are networked, allowing them to gather and share data with each other in order to better accomplish mission objectives. What one member of the Golden Horde group — or swarm — observes, all members observe.

High levels of coordination within a class of munitions “reduces errors since it creates a more accurate target location for all to reference,” and ultimately reduces both the number of munitions needed to complete mission objectives and — most importantly — offers a great deal of mission flexibility.

Crucially, Golden Horde is not a Terminator-like AI scenario, as Golden Horde weapons would be constrained by the Rules of Engagement they are given and are not an independent, artificially intelligent weapon system. The Air Force below gives an overview of networked weapons and how exactly they work.

“The collaborative algorithms use a dynamic approach called play calling, similar to a quarterback calling a play in football.  A “play” is an established behavior that groups of collaborative weapons, or swarms, can enable (or disable) when they meet certain predefined conditions,” the Air Force announcement explained. “Weapons that use this technology are semi-autonomous since they abide by pre-defined Rules of Engagement and only execute based on an approved list of plays.”

And, they are now talking to each other.

Read All About It

An Air Force team just tested two modified Small Diameter Bombs that had been modified with what the Air Force called a “collaborative autonomy payload,” or the Golden Horde system which allowed the SDBs to communicate with each other.

During the test, the two bombs detected a GPS jammer that was likely ground-based. Though the jammer could have been a valuable target, the two SDBs referred to a set of pre-programmed Rules of Engagement and found that despite the jammer’s high value, two other targets were of still higher value, giving them priority.

Still, the test wasn’t a complete success. Due to what the Air Force called an “ improper weapon software load,” the weapons weren’t able to the higher-priority targets, and fell a “fail-safe target location.”

Despite the technical glitch that prevented the SDBs from hitting any target, the recent Air Force test demonstrated a crucial capability — autonomous, collaborative, and networked munitions working together to sort through informational clutter and find the best possible target, that is semi-autonomous, rather than fully independent.