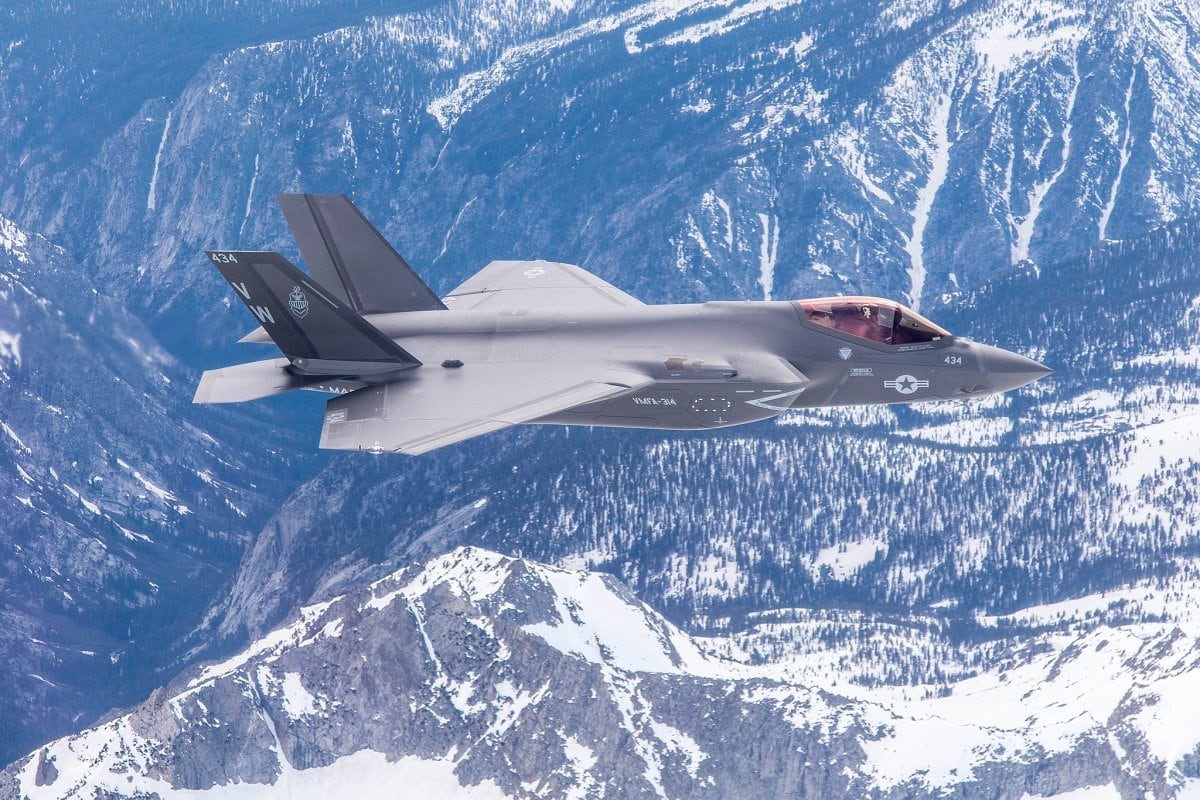 The squadron, which falls under Marine Aircraft Group 11, spent the better part of 2020 transitioning pilots and maintainers to the new single-seat fifth-generation fighters, which are loaded with more capable navigation, avionics, weapons systems, and sensors than the F/A-18s. As part of the Marine Corps’ 2019 Aviation Plan, the service announced that it would acquire 67 of the F-35Cs for four carrier-capable squadrons. However, in 2020 the Marines also announced it was considering reducing the number of jets per squadron from 16 to 10.

The USMC also utilizes the F-35B, the short takeoff and vertical landing (STOVL) variant of the Joint Strike Fighter, which can be operated from short runways as well as flat-deck amphibious assault ships (LHAs).

The F-35C was developed to be the U.S. Navy’s first low-observable carrier-based aviation platform, and it is replacing the Navy’s F/A-18C/D Hornets as the carrier strike group’s (CSG’s) primary offensive fighter. The multirole F-35C can also be employed for close air support, ground-attack missions, and aerial defense of the CSGs.

The U.S. Navy is the largest customer of the F-35C. This variant of the Joint Strike Fighter has the largest wings of the platform and features more robust landing gear – which combined make it well-suited for catapult launches as well as flying arrestments on aircraft carriers. The wingtips of the F-35C can also fold to allow more room on the carrier’s deck whilst deployed.

The F-35C also has the largest internal fuel capacity of the Joint Strike Fighters, and each of the aircraft can carry nearly 20,000 pounds of internal fuel – which provides for longer range and increased persistence than any other fighter in the combat configuration in service today. As with the F-35B employed by the USMC, the F-35C can utilize probe and drogue refueling, which allows the Navy to operate its carriers to operate at safe distances from a threat yet still enable the fighter to reach remote targets.

In addition to its ability to operate from a carrier deck, the F-35C still features the fifth-generation capabilities of stealth, fused sensors, and reliability. It is very low observable stealth performance allows the aircraft to evade enemy detection and operate in anti-access and contest environments while improving lethality and survivability. The aircraft’s Active Electronically Scanned Arrays (AESA) radar, along with Distributed Aperture System (DAS), Electro-Optical Targeting System (EOTS), and Helmet Mounted Display System also allow the pilot to have unprecedented situational awareness of the battlespace.

The F-35C can be employed as an intelligence, surveillance, and reconnaissance asset and battle manager, and can share information to all networked ground, sea and air assets in the battlespace. It can carry more than 5,000 pounds of internal weapons or more than 18,000 pounds of combined internal and external weapons. This allows the F-35C to operate in stealth when necessary or increase its lethality with additional armament depending on the mission parameters.

The F-35C is operated exclusively by the Department of the Navy.