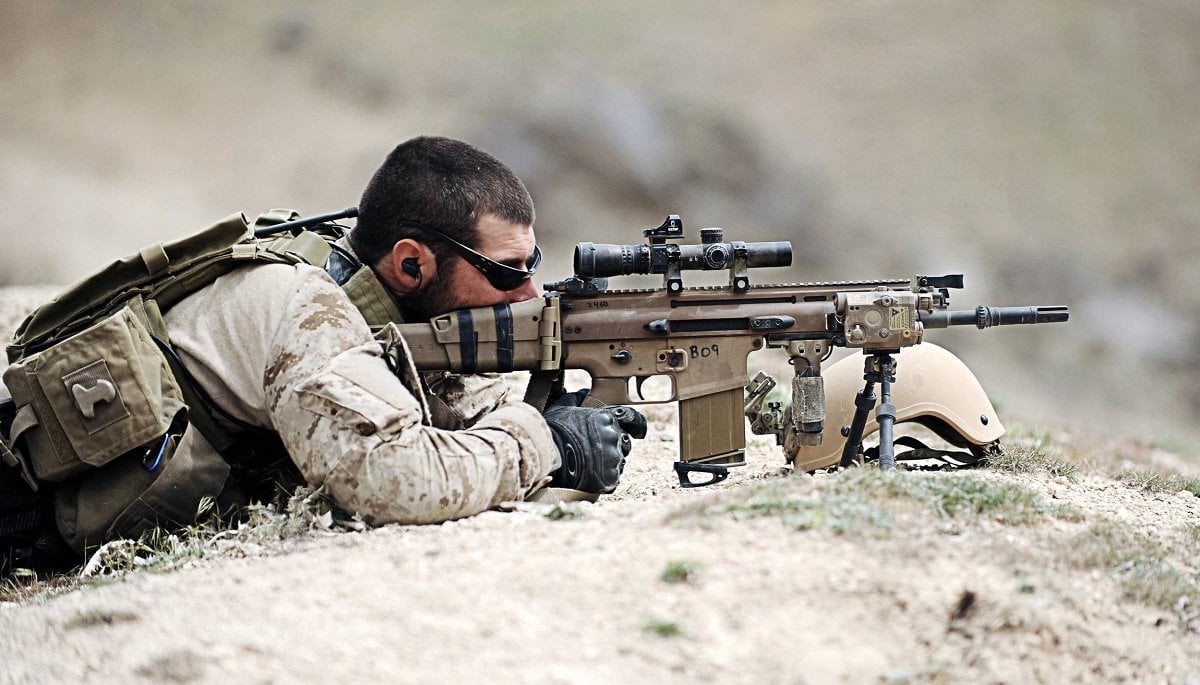 In 2004, the United States Special Operations Command (USSOCOM) issued a solicitation that called for a new weapon for special operators. However, the Special Operations Forces Combat Assault Rifle wasn’t just to be a single rifle, but actually, a platform that would be designed around two different calibers yet maintain a high commonality of parts while having identical ergonomics.

The weapon was to replace the various AR-15 derived 5.56x45mm rifles as the updated M-14s that were then in service with the special operators. Among the entries included the Heckler & Koch HK416 modular system, but in the end, the FN Herstal (FHM) Special Operations Forces Combat Assault Rifle – or SCAR – won out.

The gas-operated, short-stroke gas piston drive, self-loading assault/battle rifle with a rotating bolt had an advantage in that it was designed and constructed with modularity at the forefront. Two distinct versions were selected – the FN SCAR-L (light), which is chambered in the 5.56x45mm NATO cartridge; and the SCAR-H (heavy), chambered in the 7.62x52mm NATO cartridge. The two versions share a 90 percent commonality among parts, while both were also available in Close Quarters Combat (CQC), Standard (STD) and Long Barrel (LB) versions ranging from 13-inch to 20-inch barrels.

The SCAR-H was adopted by the SOCOM as the Mk 17, while the SCAR-L was originally adopted as the Mk 15 – and deliveries of both commenced in 2009, and subsequently delivered to all branches of the U.S. SOCOM including the U.S. Navy SEALs, U.S. Army Rangers, Army Special Forces, MARSOC (Marine Forces Special Operations Command) and AFSOC (Air Force Special Operations Command).

In testing, however, it was found that the SCAR-L/Mk 16 offered only marginal improvements over the most current versions of the AR-15 platform and in the end wasn’t actually suspended. At the same time, SOCOM saw the increased potential of the Mk 17, which is now manufactured in the United States by FNH USA, the American-based subsidiary of the Belgian-based company.

The selective-fire weapon has still maintained a modular design, which affords U.S. special operators with a variety of configurations and each rifle can be reconfigured even in the field in just a matter of minutes, and no previous weapon used by the U.S. military provided such ease of modification.

How it Performs in Combat

The Mk 17, which saw extensive use during the Global War on Terror (GWoT), has stood out for a few other notable reasons. It can be configured to fire .308 Winchester but also 7.62x39mm ammunition, and even accept standard 30-round AK-47/AKM magazines. The rifle is fitted with a full-length Picatinny rail for the mounting of various optics while a lower rail can be used to mount other accessories such as flashlights, laser pointers, vertical grips and bipods. The flash hider of the Mk 17 can also reportedly be used to cut barbed wire.

One complaint has been the potential failure of the plastic hinges that attach the folding stock to the polymer lower receiver, but the side-folding buttstock – which can be adjusted to length – can be completed removed or replaced.

As the U.S. military is refocused on near-peer adversaries, it isn’t clear what the future holds for the SCAR Mk 17, but it seemed to have been the right weapon at the time – even if its little brother, the SCAR Mk 16, didn’t quite live up to the promise.