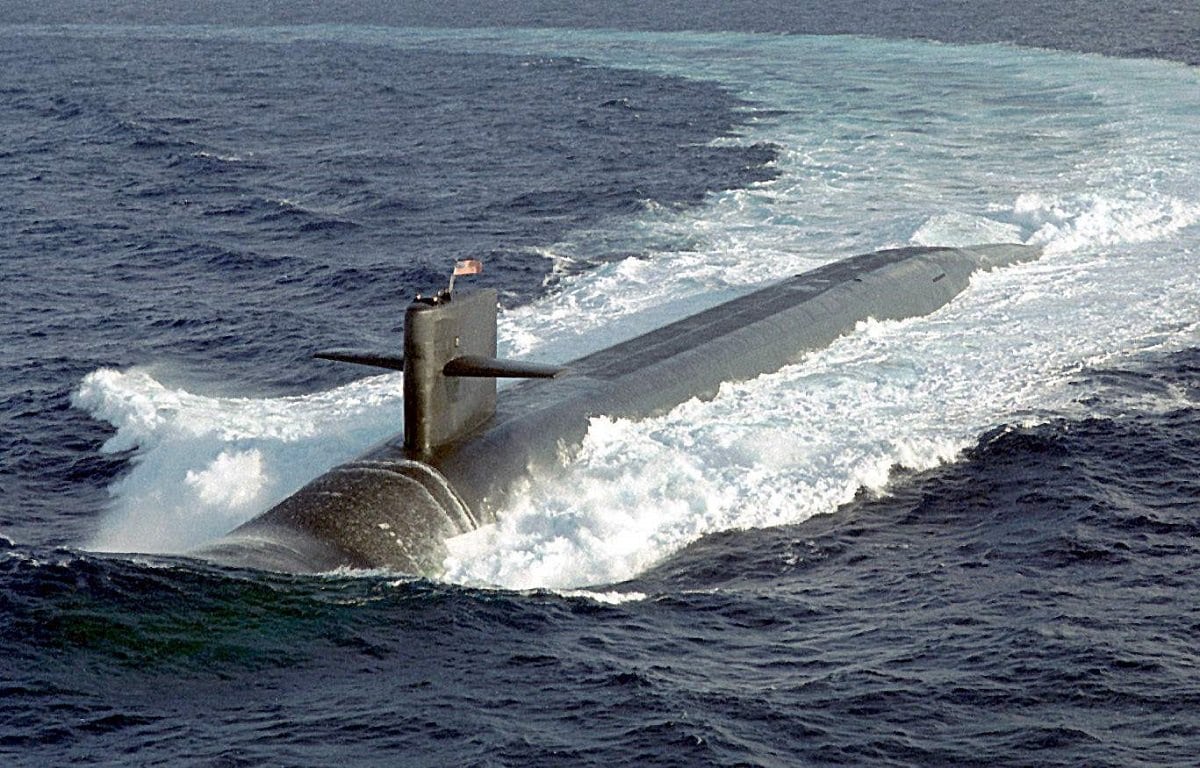 In November of last year, the U.S. Navy began to look into how it could extend the service lives of its Ohio-class ballistic missile submarines beyond the now forty-two year planned life of the SSBNs. This could be necessary to ensure that that the Navy will be able to maintain its submarine force as the replacement Columbia-class SSBNs enter service.

Designed in the 1970s, the Ohio-class are the largest submarines ever built for the U.S. Navy, and only the Russian Navy’s Soviet-design Typhoon-class and Borei­-class are larger. However, despite a smaller size than the Soviet/Russian boats, the Ohio­-class subs were developed to carry twenty-four Trident II missiles – compared to the twenty missiles carried by the Typhoon-class and just sixteen by the original Borei class.

Throughout their service, the Ohio-class SSBNs have been a key component of the United States “nuclear-deterrent triad” and currently, the fourteen operational subs carry half of the nation’s active strategic thermonuclear warheads.

A total of eighteen Ohio-class boats were constructed between 1981 and 1997 by the Groton, Connecticut-based Electric Boat Division of General Dynamics. The U.S. Navy’s submarines of the Pacific Fleet are currently based at Bangor, Washington, while those of the Atlantic Fleet are based at King’s Bay, Georgia. During deployment, the submarines spend approximately seventy days at sea followed by twenty-five days in the dock for overhaul. Each of the SSBNs spends at least sixty-six percent of the time at sea. 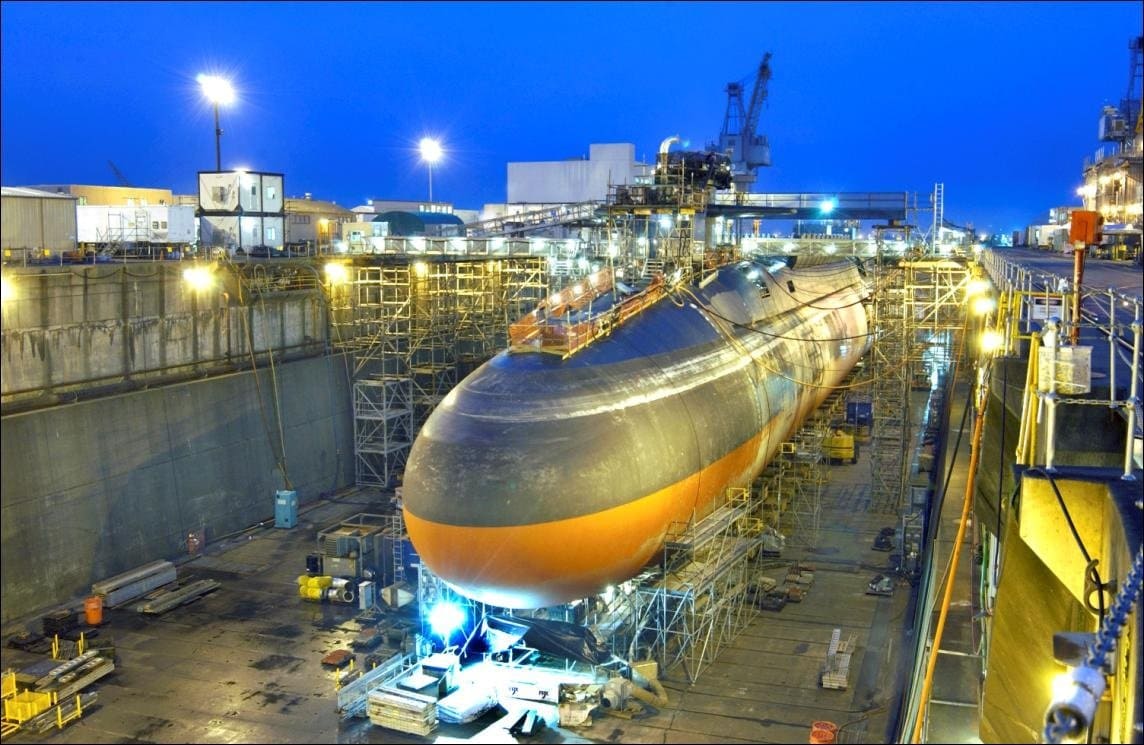 USS Ohio SSGN Conversion. “040315-N-0000H-001 Bremerton, Wash. (March 15, 2004) – Night falls at Puget Sound Naval Shipyard and Intermediate Maintenance Facility, Bremerton, Wash., as work continues on the strategic missile submarine USS Ohio (SSGN-726). The USS Ohio is one of four Trident Submarines undergoing conversion to a new class of guided missile submarines. The SSGN conversion program takes Ohio-class ballistic missile submarines through an extensive overhaul that will improve their capability to support and launch up to 154 Tomahawk missiles. They will also provide the capability to carry other payloads, such as unmanned underwater vehicles (UUVs), unmanned aerial vehicles (UAVs) and Special Forces equipment. This new platform will also have the capability to carry and support more than 66 Navy SEALs (Sea, Air and Land) and insert them clandestinely into potential conflict areas. U.S. Navy photo by Wendy Hallmark.

To reduce the time in port for crew turnover and replenishment the submarines were built with three large logistics hatches – and these provide large diameter supply and repair openings. The hatches allow the sailors to rapidly transfer supply pallets, equipment replacement modules, and other machinery components quickly. The SSBNs were also developed to operate for fifteen years or longer between overhauls.

Each SSBN has two crews – Blue and Gold, which alternate manning the boats while on patrol. The crew consists of fifteen officers and one hundred forty four enlisted sailors. This further maximizes the SSBN’s strategic availability, while reducing the number of boats that are required to meet the strategic requirements and yet allow for proper crew training, readiness and morale.

The Ohio-class subs are powered by a pressurized water reactor (PWR), which drives the steam turbines to a single propeller shaft. The boats can attain depths in excess of eight hundred feet at speeds in excess of twenty-five knots.

Each of the submarines can carry the aforementioned twenty-four ballistic missiles with multiple independently targetable reentry vehicle (MIRV) warheads that can be accurately delivered to selected targets from almost anywhere in the world’s oceans.

In accordance with the Strategic Arms Reduction Treaty (START II), which was agreed in June 1992, the number of U.S. Navy strategic missile submarines was limited to fourteen beginning in 2002. Four of the boats of the Ohio-class were converted to conventionally-armed nuclear-powered (SSGNs) submarines.