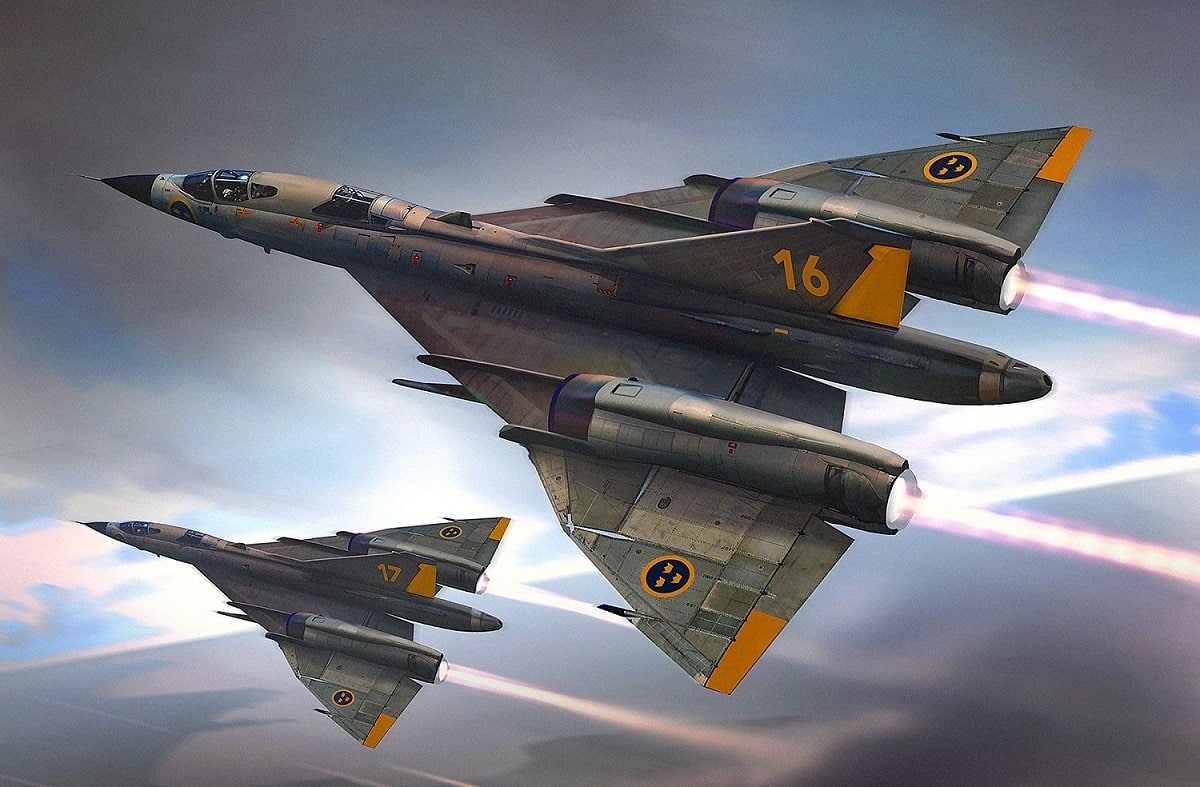 During the 1950s Sweden may have maintained a policy of neutrality, yet it still sought to develop a rather well-stocked arsenal of domestically-produced military hardware.

From 1952-57 the Scandinavian nation even conducted a feasibility study to develop a delta-wing supersonic bomber that would have a nuclear strike capability.

Able to carry bombs of up to 800 kg, the range of the Project 1300 bomber – also known as the Saab A-36 – was around 410 km, which would have been enough to reach targets in the Baltic States under the control of the Soviet Union. It certainly wasn’t a long-distance bomber, but that isn’t actually that surprising as the most likely adversary at the time was the Soviet Union, and while Sweden wasn’t part of NATO it still prepared for an invasion from the east. 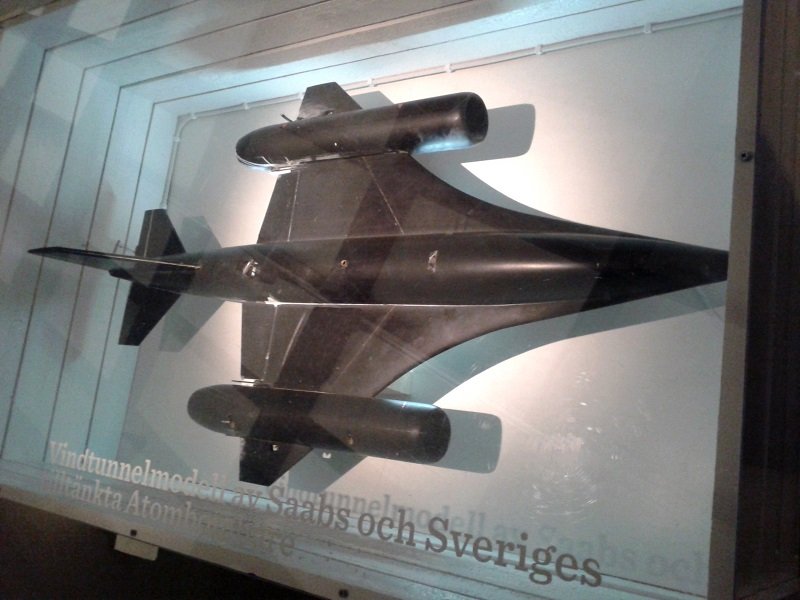 Whereas American bombers of the era had to fly extreme distances, it was readily apparent that the Swedish Air Force would need something that could reach Soviet targets, which were much closer. The Saab A-36 was also designed to operate from dispersed airfields, a key component of Swedish military doctrine, as it was likely in the event of war that major airfields and bases would be hit early.

While distance wasn’t a major consideration with the A-36, speed certainly was – and Saab’s engineers studied numerous configurations while developing the bomber. This included swept wings as well as delta-wing designs, and in the end, it was determined that the delta wing would be most suitable, enabling the aircraft to reach speeds around Mach 2.

To achieve those high speeds, different configurations were considered and a surviving wind tunnel test model included a twin-engine design with the engines mounted on the wings. As the project moved forward it was decided to utilize the British Bristol Olympus – the same type of engine used in the Avro Vulcan and the commercial Concorde SST. The aircraft was also to be fitted with an afterburner and air intake.

The high speed of the Saab A-36 became a concern in that the airframe would experience significant aerodynamic heating, and engineers expressed their fears that the high heat could even damage the nuclear weapons, possibly even detonating a bomb prematurely. To address those issues, it was decided that the payload would be carried within an internal weapons bay – addressing the issues of drag whilst improving performance. However, carrying the weapon internally meant the payload would be limited, and in addition, the internal space for fuel, avionics, and other systems was impacted.

The Saab A-36 was to have been a single-seat bomber and would have been able to carry a single 800 kg free-falling nuclear weapon. However, the project was canceled in 1957 while Sweden also canceled its nuclear weapons program in the 1960s.