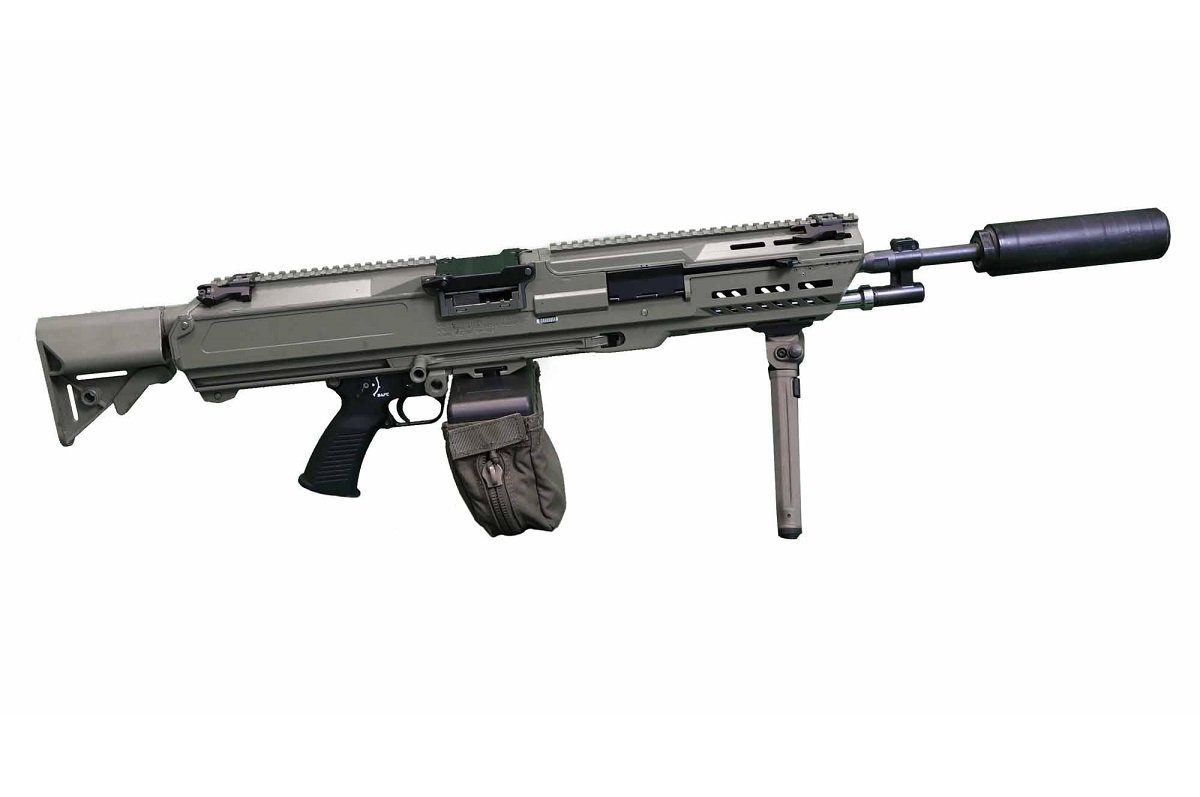 The Next Generation Squad Weapon (NGSW) program is a U.S. Army initiative that has a lot on its plate: replace both the M4 carbine as well as the M249 Squad Automatic Weapon with a rifle and automatic rifle.

Not only that, but the NGSW competition also wants to incorporate a new intermediate caliber rifle cartridge too–and Textron has some interesting ideas on how to win this big contract.

How Textron Is Approaching the Competition

Textron is joined by SIG Sauer and General Dynamics in NGSW program participation, and one of the three bids should be selected sometime this year. The company’s rifle designs are substantially different, with Textron’s both the most conventional — and radical.

At first blush, both Textron’s rifle and automatic rifle prototypes appear to be fairly conventional, if ungainly. The automatic rifle is fed by a disintegrating link belt and comes equipped with a foldable bipod, whereas the rifle prototype is magazine-fed. Both are fitted with a sound suppressor, and both seem to have adjustable stocks. 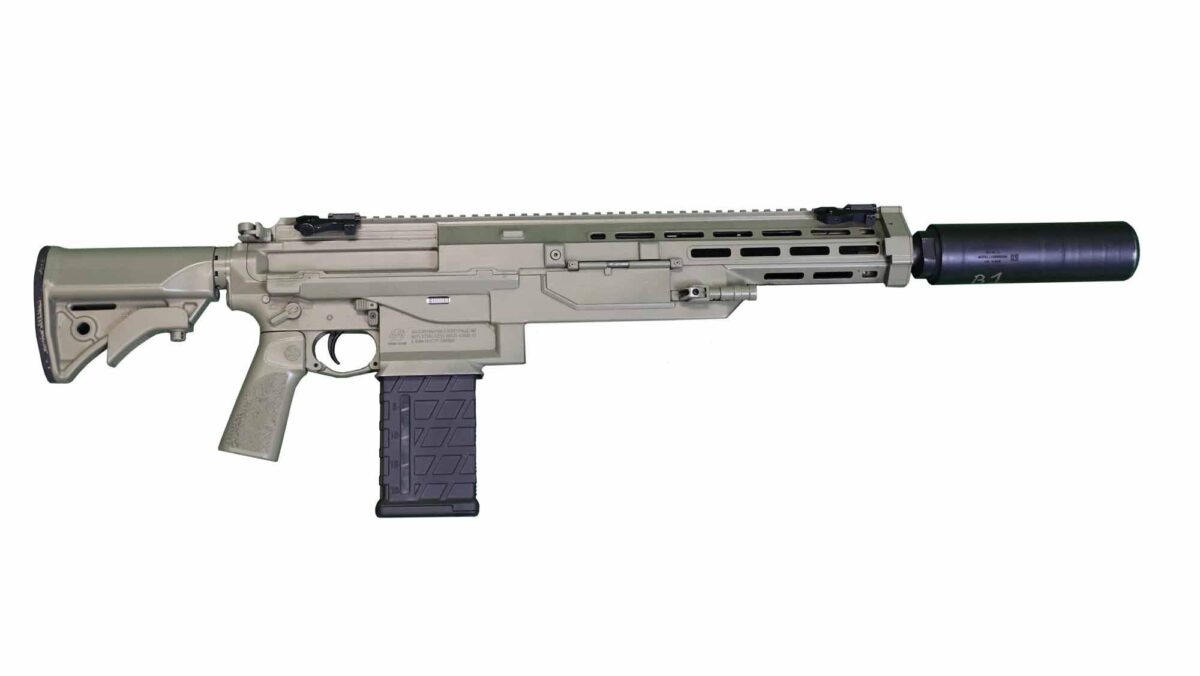 Textron is said to have partnered with Heckler & Koch in order to refine their NGSW bid. The partnership would allow Textron to leverage H&K’s extensive firearms design experience in order to improve their prototype’s ergonomics. One of H&K’s more notable successes is the adoption of their HK416 rifle by the Marine Corps (it is also the rifle that killed Osama bin Laden).

Though both Textron’s Next Generation Squad Weapon prototypes appear rather conventional, their ammunition is not.

One of the aspects of the NGSW program that the Army concretely specified was the projectile that NGSW program entrants must build their rifles around: an intermediate-sized 6.8mm projectile that falls between the ubiquitous 5.56mm cartridge and the NATO-standard 7.62mm cartridge. The intent is to increase the lethality and range of what the 5.56mm cartridge is capable of, without increasing ammunition weight or recoil.

And, while the projectile diameter is specified, other aspects of the ammunition are not.

Textron took a radical departure from traditional brass cased ammunition and opted instead for a cased telescopic cartridge. This polymer-based cartridge fully encases the bullet and allows for a shorter, lighter, and more compact cartridge.

The rationale behind the radically-redesigned ammunition is to reduce the load that individual soldiers have to carry with them — lighter ammunition means less weight carried, means less soldier fatigue means improved mobility. Anticipated weight-reduction would also be a logistical boon — Textron claims that their cased telescoped ammunition offers a 35 percent reduction in cartridge weight.

On paper, the logic is rock-solid. However, questions have been raised about the reliability and efficacy of both polymer-based cartridge cases, and cased telescoped ammunition, given the technology’s limited adoption and immaturity. Environmental concerns have also been raised due to the ammunition’s plastic case.