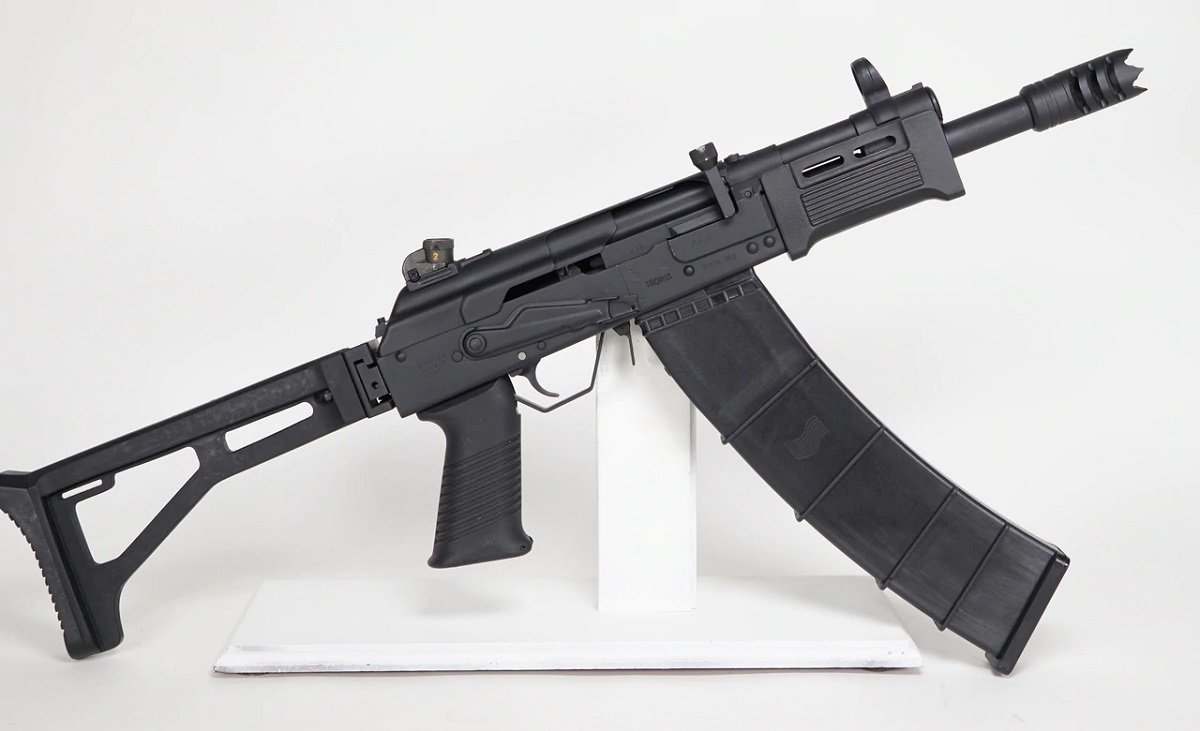 The Tromix Micro-12 resembles the iconic AK-47 in a slimmed-down profile while the shotgun certainly has a general look and characteristic of a modern Kalashnikov firearm. That of course is by design – literally, as in this is an AK design rebuilt and improved in the USA. The compact 12 gauge shotguns are essentially modified by Tromix from those based on the Saiga shotguns manufactured in Russia by Izhmash/Kalashnikov.

However, here is where things get a bit tricky.

ATF has rules in place that limit how Saiga’s shotguns can be imported so they arrive in America ready for hunting, despite the fact that clearly a compact shotgun has limited use in such applications. So Tromix then does its magic and takes the imported firearm and then adds good old U.S. engineered parts. It is quite the process.

Tromix’s modifications reportedly include the addition of U.S. fire controls, re-welding of key areas to ensure durability, the addition of a SAW pistol grip, and a heavy-duty folding stock. The shotguns are also modified to accept higher capacity magazines, while the alignment of the gas block and tuning of the extractor is also performed so that the Micro-12 can stand up to tactical demands. It is a bit of work, but in the end, the result is a firearm that has been modified to meet the standards one expects from Saiga with the added components that highlight the best America has to offer.

If only world political issues could be addressed so easily.

The firearm may also look like an AK, but there are still some notable differences. The Micro-12 utilizes an oversized gas tube, which is necessary as the standard AK-47 design when firing shotgun shells can’t provide the necessary PSI to actuate a rifle-sized gas piston.

As every single model is rebuilt and overhauled by Tromix, there have been some quality control issues over the years, but the company has sought to address any problems. Additionally, it has offered the option for owners of a factory Saiga-12 to have it sent to Tromix for a basic fixed-stock conversion. This will re-machine the receiver end, modify the magazine well for higher capacity magazines and make other improvements.

But no matter how you handle it, the Tromix Micro-12 remains a true firearm classic – a case of east meets west that is one of pure perfection. Again, it is too bad the problems of the world couldn’t be addressed so easily.