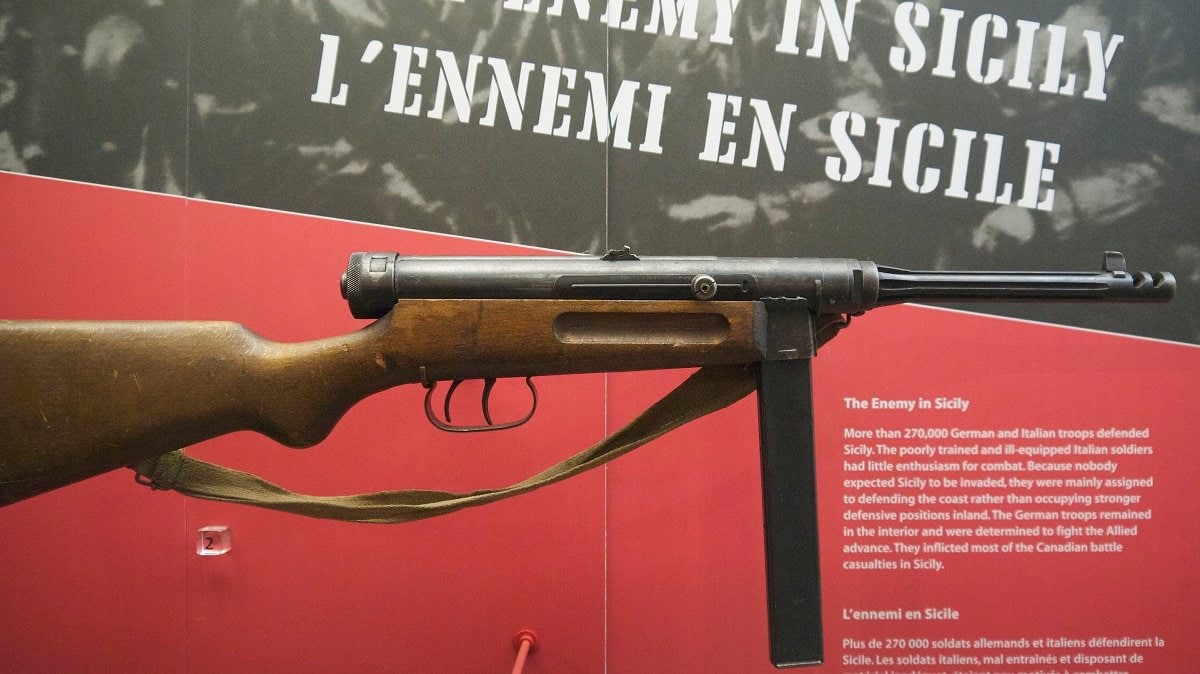 Though not all the wartime military equipment made by Italy was top-notch, the Beretta Model 38 submachine gun was highly regarded by both the Axis and Allies.

Students of military history are no doubt familiar with the wide range of weaponry that made their combat debut during that conflict. Not only were new firearms seen for the first time, but new classes of firearms also proved their worth on austere, far-flung battlefields.

Some obvious examples come to mind, like the sturdy American Thompson submachine gun, highly regarded for its high stopping power compared to other submachine gun designs, thanks to its .45 ACP chambering. Or for example, the light-weight and reliable Nazi MP40 submachine gun, which proved itself as a paratrooper’s friend due to its small size when collapsed.

Lesser-known, but in some ways superior was a submachine gun of Italian origin, made by Beretta.

Beretta is one of, if not the world’s oldest major arms manufacturer and has enjoyed nearly 500 years of continuous operation. Though some of their weapon designs are widely derided, this particular firearm could very well be one of the best submachine guns of the Second World War.

The Beretta Model 38 went a number of different iterations, though as its number classification implies, was first manufactured just prior to World War II in 1938-39. The original Model 38, chambered in 9x19mm, was the finest of the several wartime variants designed and put into service.

The original Model 38 sported a nearly 12.5-inch barrel covered with a cooling jacket, and had quite a low rate of fire, at around 550 rpm. A relatively large compensator port was cut into the barrel muzzle to help control fully-automatic fire.

Interestingly enough, the Model 38 did not have a fire selector switch but rather had two triggers, one for semiautomatic fire and one for fully automatic shooting. The submachine gun fed from a generous 40-round stick magazine, though 10-, 20-, and 30-round magazines were also manufactured, with empty casings ejected to the left, rather than to the right.

The Model 38’s machined steel receiver sat in a relatively long wooden stock, and overall length was just over three feet — quite long for a submachine gun. At nearly 9.5 pounds, the Model 38 was also rather heavy, perhaps one of its only negative aspects, and one that was addressed in subsequent variants.

In addition to a shortened stock, Beretta made several other changes to the gun to help it shed weight. The barrel was shortened and fluted, its large compensator port was exchanged in favor of compensator slots, and the barrel shroud was eliminated. A number of other parts were made of stamped, rather than machined steel to speed up production speed and reduce costs.

The original Model 38’s combination of weight, barrel length, and low rate of fire made it very, very controllable during fully automatic fire. The video below demonstrates this and is well with the watch.

Wartime accounts attest to how highly Beretta’s submachine gun was regarded: both German Fallschirmjäger, or Paratroopers, as well as Allied soldiers preferred the Model 38 over their own weapons in some circumstances.