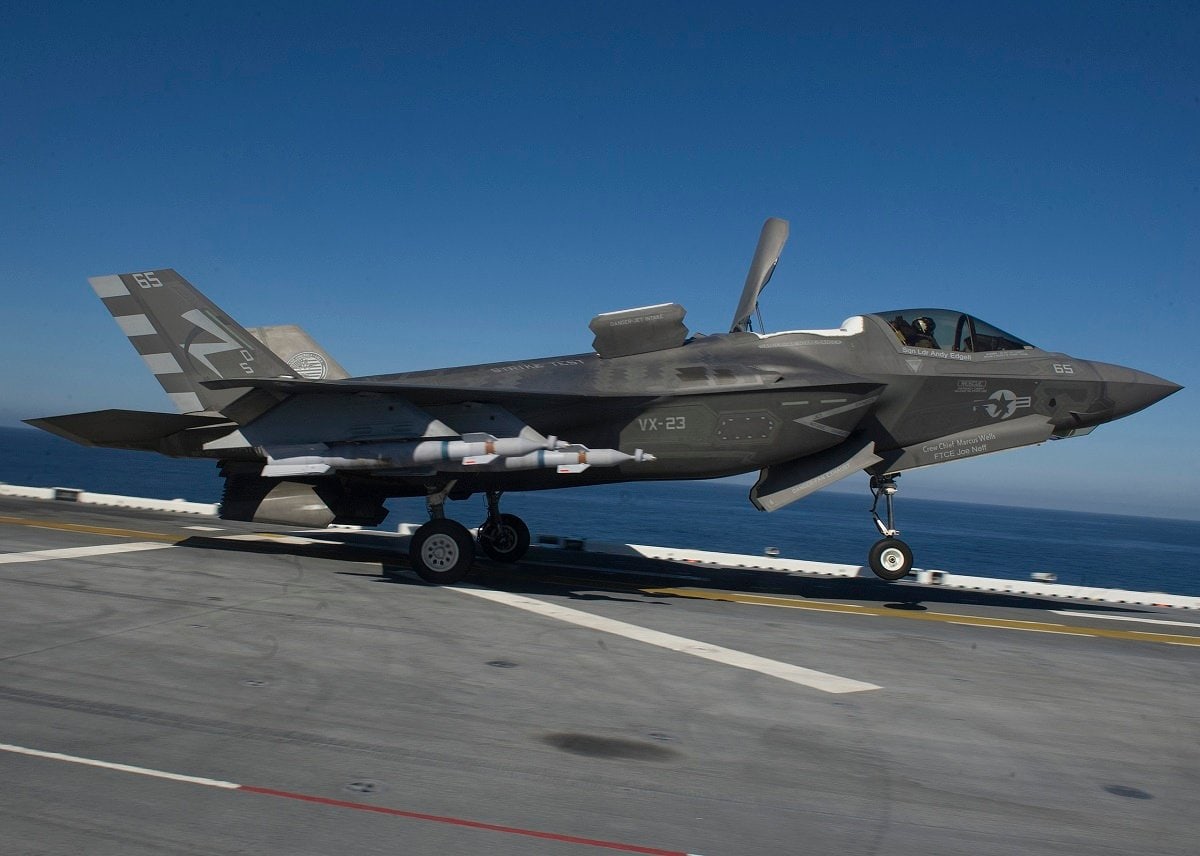 In February 2021, the Italian Navy’s aircraft carrier Cavour will begin qualification with the Lockheed Martin F-35B Lightning II, the short takeoff and vertical landing (STOVL) of the Joint Strike Fighter aircraft. The carrier recently completed its maintenance and modernization efforts required to accommodate and operate the F-35B. The carrier, the flagship of the Marina Militare (Italian Navy) will reach Naval Station Norfolk in mid-February to start the F-35B qualification, which is expected to take around six weeks.

Similar in size to the conventional takeoff and landing (CTOL) F-35A variant, the F-35B sacrifices about a third of the fuel volume to accommodate its shaft-driven lift fan (SDLF), which allows it to land vertically like a helicopter and take-off from very short runways.

The F-35B can operate from austere or short-field bases as well as a range of air-capable ships near front-line combat zones. It can also take off and land conventionally from longer runways.

Whereas the United States Air Force is currently the largest operator of the F-35A in the world, the U.S. Marine Corps is the primary operator for the F-35B while the UK’s Royal Air Force has also acquired 21 of the STOVL variants of the fifth-generation fighter aircraft. British and American F-35Bs have been training with the Royal Navy’s flagship carrier HMS Queen Elizabeth and in September 2020, two squadrons of the Lightning II were embarked on the ship. That was the largest group of aircraft on a Royal Navy carrier since HMS Hermes was retired from service.

The F-35B is the world’s first supersonic STOVL stealth aircraft, and its Rolls-Royce patented shaft-driven LiftFan propulsion system and engine can swivel 90 degrees when in short takeoff/vertical landing mode. A downside of this capability is that the aircraft has a smaller internal weapons bay and as noted can carries less internal fuel. However, the F-35B uses the probe-and-drogue method for aerial refueling.

The Lockheed Martin-manufactured multirole fighter features low observable stealth while its active electronically scanned array (AESA) radar technology, and the ability to carry weapon internally enables the F-35B to engage ground targets at long ranges. It has a top speed of Mach 1.6 or 1,200 mph (1.6 times the speed of sound). It has a maximum thrust in excess of 40,000 pounds and an operational range of 900 nautical miles. The F-35B has a max 7G rating.

It features two bays for air missiles and an additional two bays for bombs up to 450kg, while it is also armed with an external 25mm cannon.