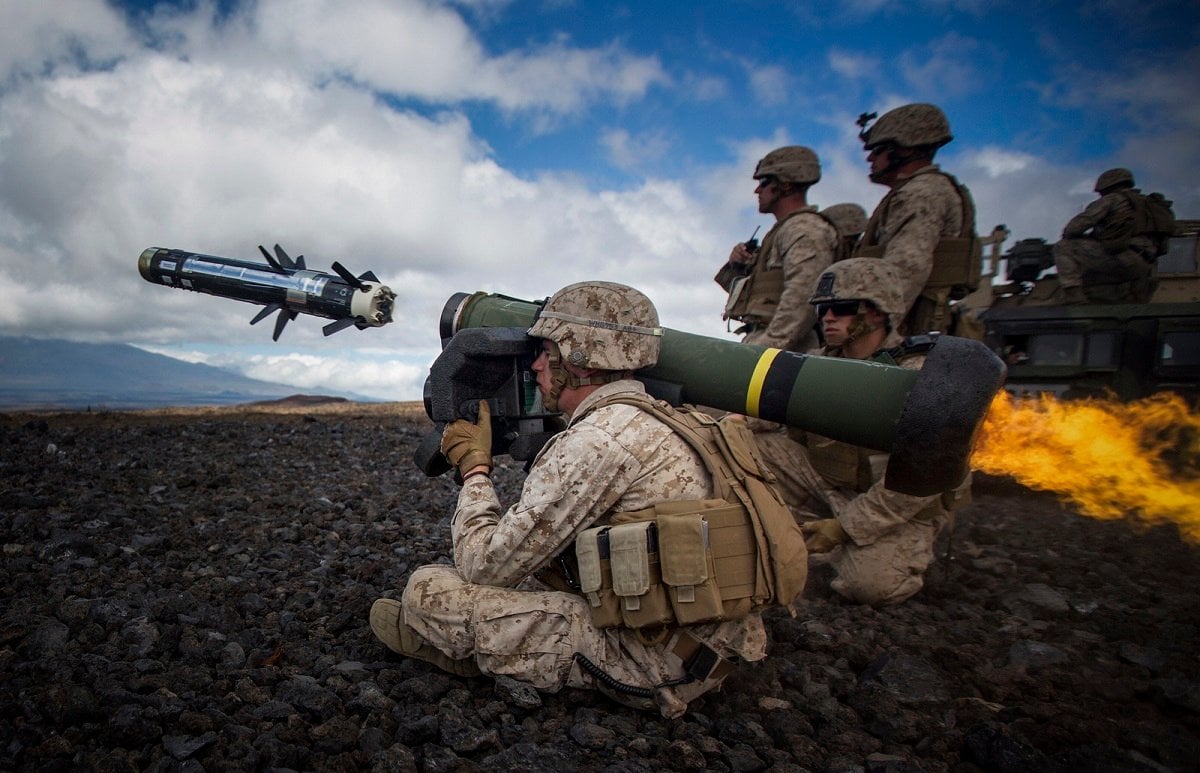 The U.S. Marine Corps (USMC) is preparing for a war in the Pacific against a near-peer adversary–that means China. One of their go-to weapons in the future could be a new type of long-range loitering munition or what could be described as a sort of kamikaze bomb.

In an effort to become more expeditionary and better prepared for combat in a littoral environment, big changes are coming to the United States Marine Corps. At the heart of the USMC’s pivot from land-based counterinsurgency warfare to their traditional maritime expeditionary role is a need to counter an increasingly aggressive and expansionist China by preparing for a war in the Pacific.

To that end, the USMC has undergone a significant amount of change in recent years, moving to divest all their tank battalions, investing in new ship-to-shore connectors, divesting artillery and some mortar battalions, and finally putting a new Amphibious Combat Vehicle into service. They’ve also been experimenting with unmanned, anti-ship missile-toting JLTVs that could sink Chinese warships, as well as formulating a plan for Marines to hunt down enemy submarines. 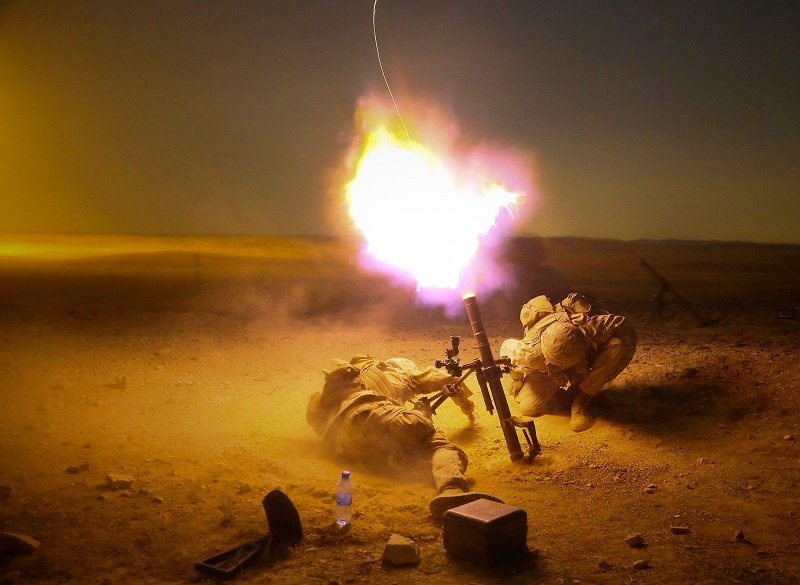 Lance Cpl. Zach King, left, and Cpl. Derick Sammonek, assaultmen with the 13th Marine Expeditionary Unit, brace themselves as an 60mm mortar exits the tube of an M224 mortar system as part of sustainment training during Exercise Eager Lion, May 15, 2016. Exercise Eager Lion 2016 is a bilateral, scenario based exercise with the Hashemite Kingdom of Jordan and the U.S., designed to exchange military expertise and improve interoperability among partner nations.

According to the USMC contract opportunity announcement, the OPF-IL system should be completely transportable, and able to be moved into position, set up, and operated by no more than two Marines in full combat gear. Using a government-supplied radio controller, the system should be resistant to jamming.

Though the Corps is keeping both their 60 and 81mm mortar systems, a firepower capability gap exists for ranges that fall between mortar and artillery range. Range should therefore reach out to about 20 kilometers, or nearly 12.5 miles, with a 90-minute loitering endurance and an anti-personnel and anti-material capability. Lastly, the munition should be capable of swarming targets in tandem with other loitering munitions.

Previously, the Marine Corp had sought a similar capability to keep their aging LAV vehicles relevant. In 2017, some USMC LAVs had been equipped with TOW anti-tank missiles, and the Corps hoped that loitering drone-armed LAVs would complement their anti-tank partners with a deep-penetrating 7-100 kilometer range, or up to 62 miles

A swarming, loitering class of munitions would be beneficial to the Corps and allow a couple of Marines to cover a large area, perhaps also allowing a few operators to direct enemy movements by herding them into specific areas, or overwhelm enemy defenses.

Caleb Larson is a Defense Writer based in Europe. He holds a Master of Public Policy and covers U.S. and Russian security, European defense issues, and German politics and society.