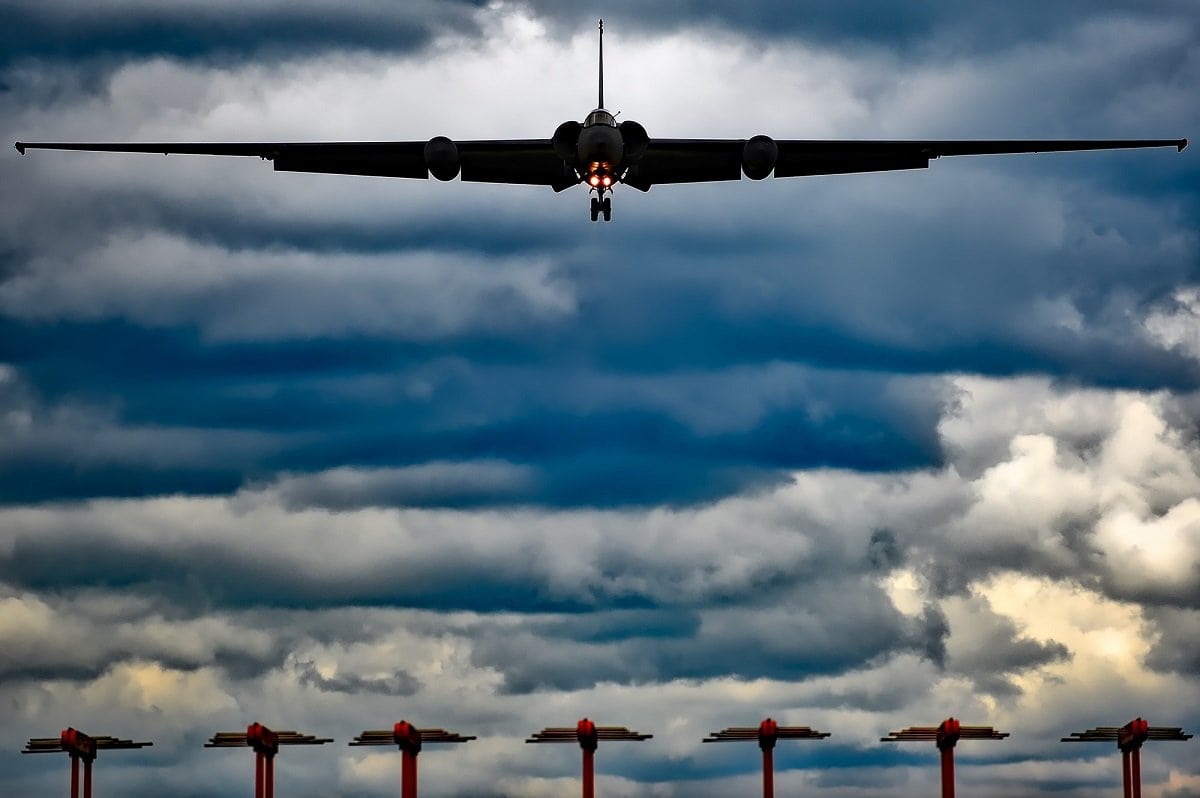 Despite the fact that satellites and drones can provide an eagle-eyed view to remote regions of the world for the United States military and intelligence community (IC), an aircraft design older than its pilots continue to serve a crucial role in intelligence gathering. It is the sixty-year-old Lockheed U-2. Initially projected to have an operational life of just two years, this aircraft has been flying high for more than six decades and has been present in every American conflict since.

The U-2 was designed to provide high-altitude, all-weather surveillance, and reconnaissance, day or night, in direct support of U.S. and allied forces.

Developed at Lockheed’s famed Skunk Works division under the supervision of engineering guru Clarence “Kelly” Johnson in 1953, the U-2 took the sleek lines of a traditional sailplane featuring long, tapered wings that allowed it fly missions ranging 3,000 miles while carrying 700 pounds of then state-of-the-art photoreconnaissance equipment.

It wasn’t an easy plane to fly and by some accounts was actually the most difficult to master, and it was easy to see how it soon earned the nickname “Dragon Lady.” But it could reach altitudes of 70,000 feet – higher than what was believed to be a threat from enemy missiles. Pilots had to wear a full pressure suit similar to those worn by astronauts.

The aircraft has been synonymous with the Cold War, in part because on May 1, 1960, a Soviet surface-to-air missile struck a U-2 piloted by Francis Gary Powers while on a reconnaissance mission over Russia. Yet, despite that incident, the U-2 has remained a critical asset for the IC.

The program was actually restarted in the 1980s and as a result, many of the U-2s flying today aren’t that old – and while the basic design is essentially the same as the originals produced some twenty years earlier, they are 40 percent bigger and feature a modular design that allows the aircraft to carry more equipment, but also heavier equipment. That approach also has meant that the U-2 could be adapted to suit specific missions.

Those U-2s currently in operation can carry three times as much reconnaissance equipment and fly nearly twice as far for three times as long as those first U-2s built during the dark days of the Cold War. In recent conflicts in Afghanistan and Iraq, the Dragon Lady has been used as aerial “eavesdropping devices” where it could survey dirt patterns to look for signs of makeshift mines and improvised explosive devices (IEDs).

The aircraft has also shown versatility as a non-military aircraft, and as noted by Lockheed Martin it has “morphed into everything from a high-tech NASA platform for conducting physics experiments to a high-altitude tool for tracking the migration of destructive spruce bark beetles through the forests of Alaska.”

While the U-2 has had to fend off possible replacements, including those from drones – it seems that this Dragon Lady will continue to spread her wings and keep flying for the foreseeable future.