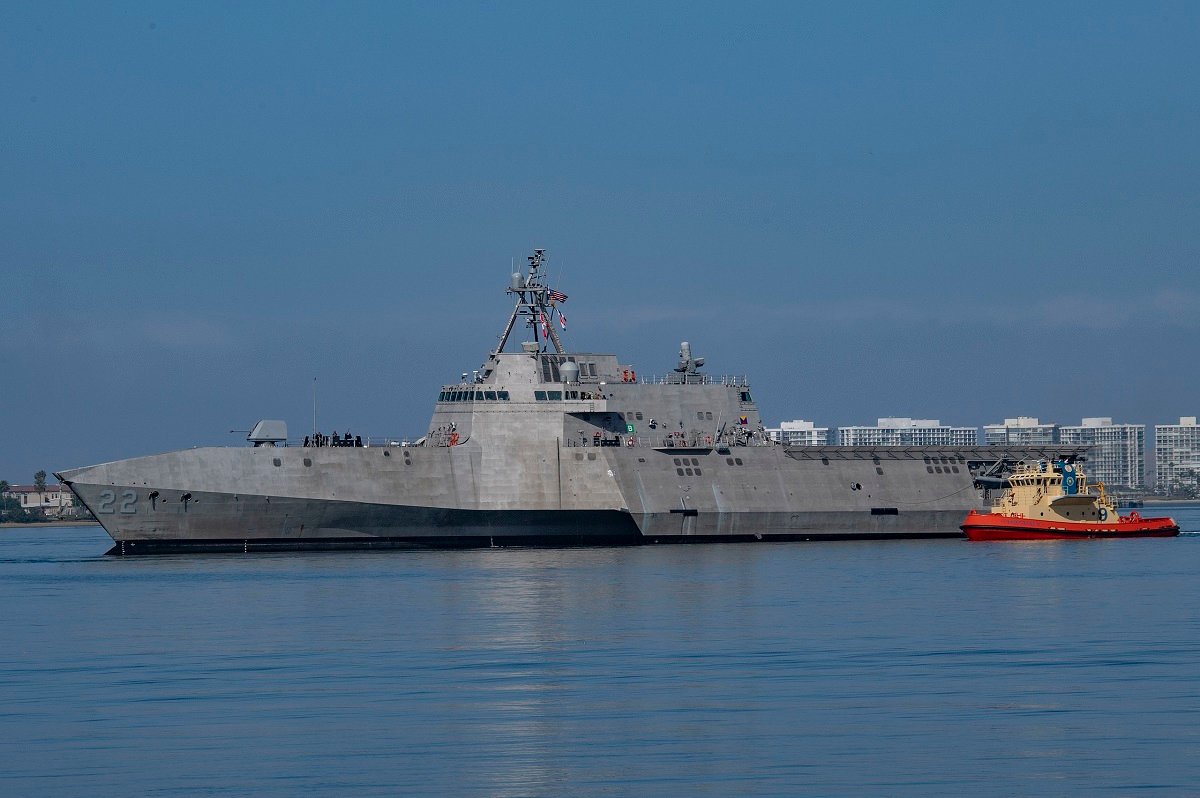 Smaller than the U.S. Navy’s Oliver Harzard-Perry-class frigate and comparable in size to corvettes in service with other navies around the world, the littoral combat ship (LCS) is a newish family of surface warships. Built to be fast and highly maneuverable networked surface combat ships, the LCS was meant for a specialized role in the 21st century.

Even as near-peer adversaries such as China have sought to increase their capabilities to expand beyond a “green water navy” to an actual “blue water navy,” the LCS was designed as a shallow-draft vessel that could operate in littoral or coastal waters. The warships could counter growing potential “asymmetric” threats such as coastal mines, submarines, and small but fast armed boats.

Two is Better Than One

According to Naval-Technology, it was in May 2004 when the United States Department of Defense (DoD) and the U.S. Navy announced that two separate defense contracts were awarded – one to Lockheed Martin and the other to General Dynamics. Each defense contractor was tasked with developing the system design and options for the LCS platforms. 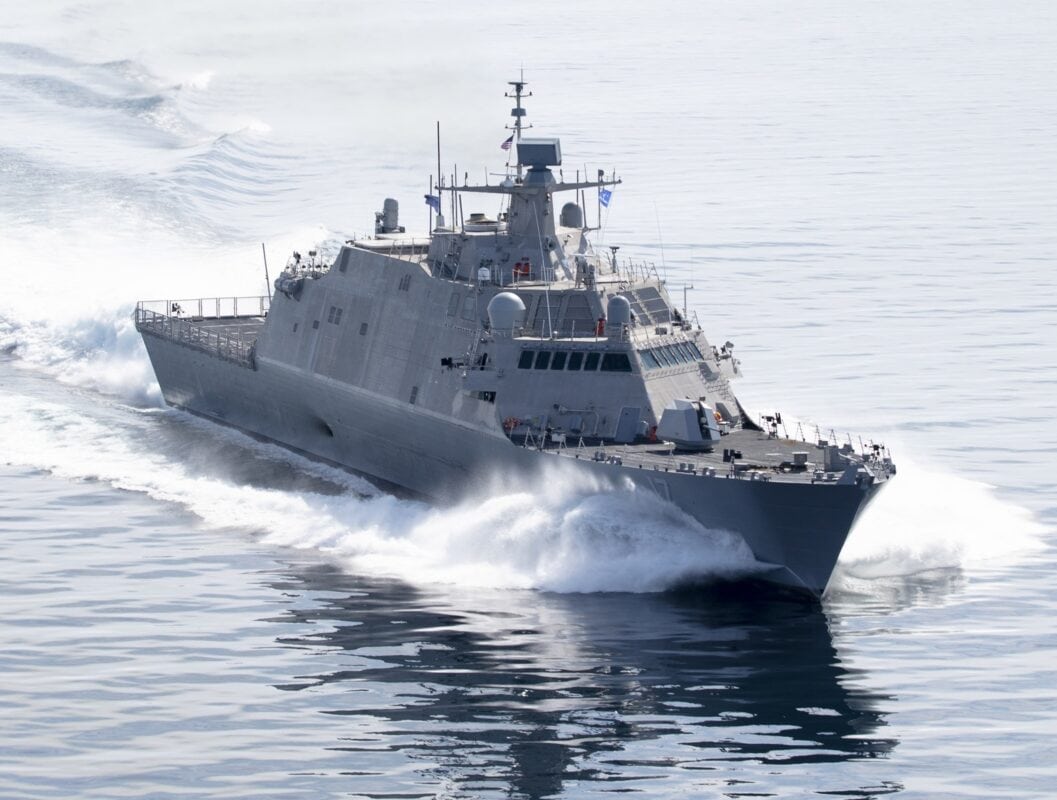 The result was the Freedom-class LCS, which was proposed by a consortium founded by Lockheed Martin as the prime contractor and Fincantieri through its Marinette Marine subsidiary; while the Independence­-class evolved from a project originally conceived by Austral.

Despite both being part of the larger LCS effort, the two designs were notably different. The Freedom-class design was developed as a high-speed, semi-planing mono-hull while the Independence-class design features a trimaran with a slender stabilized mono-hull.

The Lockheed Martin Freedom-class vessels have a length of 387 feet and a beam of 57.6 feet with a draft of 14.1 feet. The full load displacement is approximately 3.450 metric tons. The core crew is around fifty, but the vessels have accommodations for up to ninety-eight sailors.

The LCS in this class are powered by a combined diesel and gas turbine with steerable water jet propulsion and can reach speeds greater than 40 knots.

To date ten of the Lockheed Martin-designed Freedom-class vessels have entered service while five more are currently under construction with an additional warship on order.

The General Dynamics variant is longer at 419 feet and has a beam of 103.7 feed, while its draft is also 14.1 feet. While larger, the Independence-class LCS vessels had a displacement of 3,000 tons.

The Navy originally planned for nineteen of the Independence-class LCS warships, and to date thirteen have been completed. In December Austral Limited announced the delivery of the most recent LCS, the future USS Mobile (LCS-26). It followed the delivery of the USS Kansas City (LCS 22) in February, USS Oakland (LCS 24) in June and USNS Newport (EPF 12) in September.

Four more of the class are reportedly being built while two more on order.

However, the future of the LCS program is now in question and the Navy has looked ahead to the development of its Constellation-class multi-mission guided-missile frigates. In February 2020, the Navy announced it would retire the first four LCS ships and that these would be taken out of commission in 2021 and placed in active reserve.