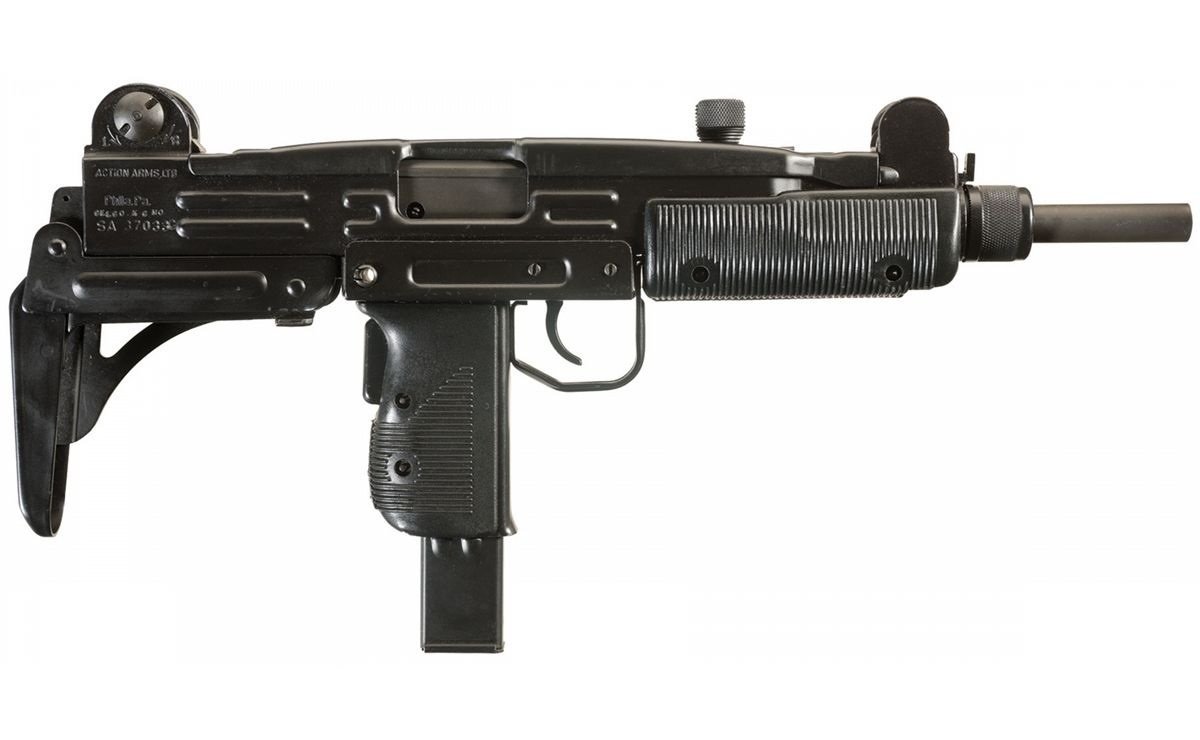 In the late 1940s, shortly after the establishment of the State of Israel, Major Uziel “Uzi” Gal began the development of a revolutionary submachine gun (SMG). Introduced to the Israel Defense Forces (IDF) Special Forces in 1954 and placed into general use with the Israeli military two years later, the Uzi was a blowback-operated weapon that fired from an open bolt.

The original weapon was just 7.72 pounds and had a rate of fire of 600 rounds per minute. Constructed from stamped sheet metal, it was also less expensive to produce than contemporary weapons that were machined. With its relatively few moving parts, the Uzi also proved to be easy to strip and maintain.

While compact, the weapon wasn’t actually the first SMG to utilize a telescoping bolt design – a concept widely employed in semi-automatic handguns such as the Colt M1911 series. Both the Japanese experimental Type II SMG developed before World War II, and the Czech-produced Sa vz. 23 developed after the war entered service before the Uzi. Yet, it was the Israeli weapon that refined the concept and led to its worldwide adoption. More than 90 countries around the world have used the Uzi at some point – and from the 1960s to the 1980s the Uzi outsold all other submachine guns and saw use in the military, law enforcement and even security markets.

The Uzi was initially equipped with a fixed wood buttstock and that version first saw combat in the 1956 Suez Crisis, while later models were equipped with folding metal stocks. The weapon’s reliability was tested and proven throughout numerous conflicts, however during the Six Day War’s Sinai Campaign the Uzi was among the many small arms that fell victim to the sand and dust.

Uzi for the 21st Century

While the Uzi has remained a fine weapon, last year IWI (Israel Weapons Industries) released its Uzi PRO submachine gun – a moniker that likely could confuse some. Based on the original Uzi design, the Uzi PRO features modern materials along with advanced technological features. It is a short and compact version that offers a modern ergonomic design to provide improved control and accuracy. It features a MIL-STD 1913 (Picatinny) rails, an ergonomic shoulder stock, and a foldable hand grip. 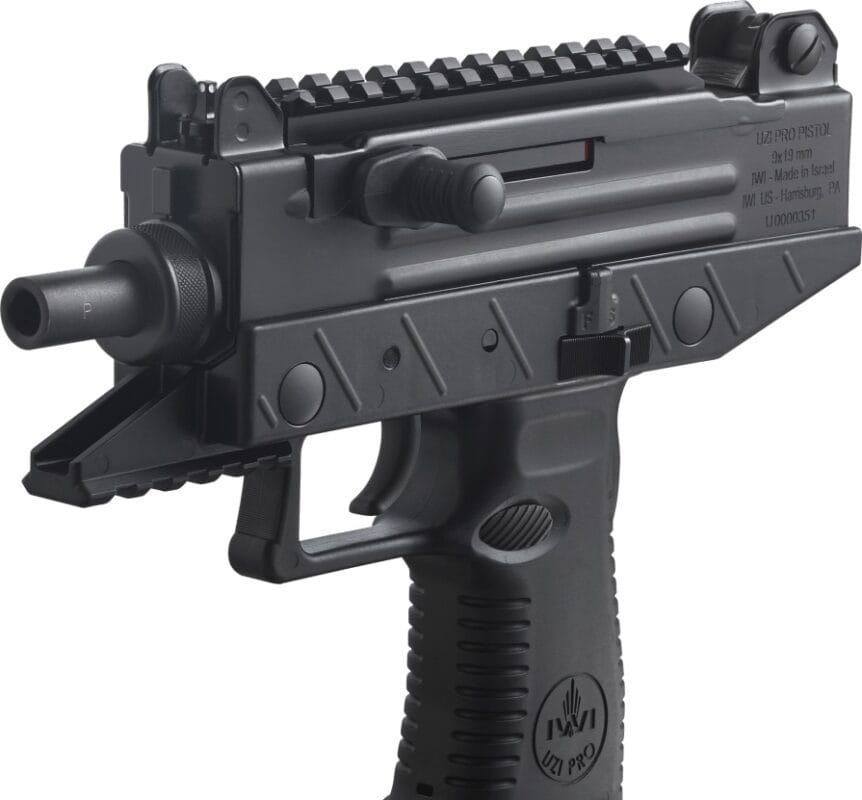 Unlike the other Uzi variants released over the past six decades, this version has a side charging handle rather than one on the top, and it can be adapted for both right- or left-handed users. It features an adjustable shoulder stock with mounted cheek rest and foldable assault grip. While it still utilizes a blowback-operation, it fires from a closed bolt to provide increased safety along with the aforementioned accuracy. The Uzi PRO is available in 9x19mm (9mm NATO) and with 170mm, 210mm and 240mm barrel length.

The original Uzi may have been developed 65 years ago, and while at the age of retirement, the latest Uzi PRO is truly the Israel SMG for the needs of the 21st century.