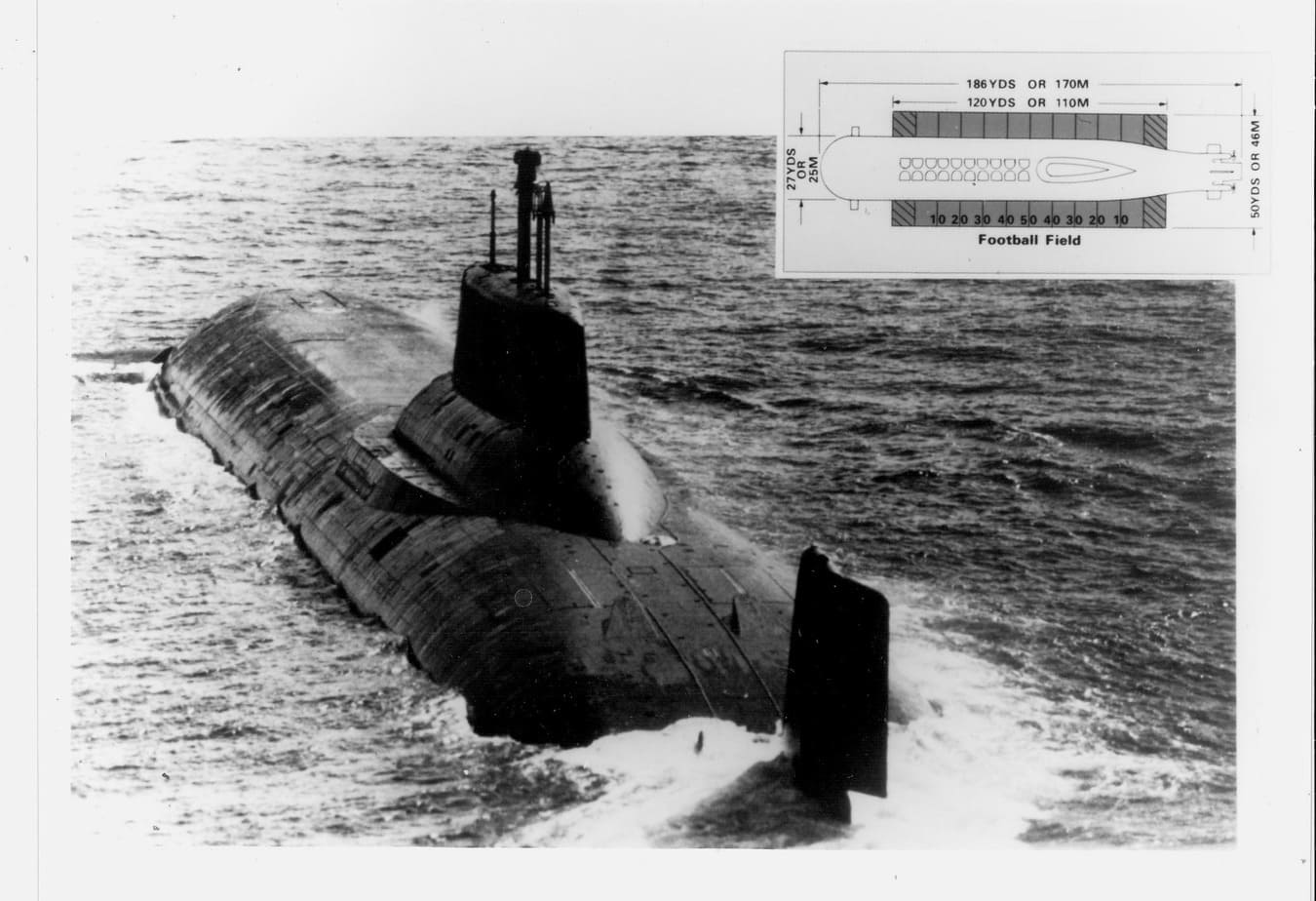 The United States Navy has had many massive warships, including the USS Gerald R. Ford (CVN-78), which is the largest warship ever constructed in terms of displacement. But when it comes to submarines nothing beats the Russian Navy’s ­­Typhoon-class.

Known by the Soviet designation Project 941 Akula (Shark), seven of the massive subs were planned with six being completed. Two are currently laid up and in reserve, three retired while just one remains in service – yet with its 48,000 tonnes submerged displacement the Russian Navy’s Dmitriy Donskoy (TK-208) continues to hold the record for the largest submarine in the world. By comparison, the U.S. Navy’s Ohio-class displaces just 19,000 tons (17236 tonnes)

With a length of 175 meters (nearly 600 feet), a 23-meter beam, and a 12-meter draught, the submarines are large by all standards. Built with multiple pressure hulls, including five inner hulls situated inside a superstructure of two parallel main hulls, the Typhoon-class is wider than any other submarine ever built. It features nineteen compartments including a strengthened module, which houses the main control room as well as an electronic equipment compartment above the main hulls and behind the missile launch tubes. 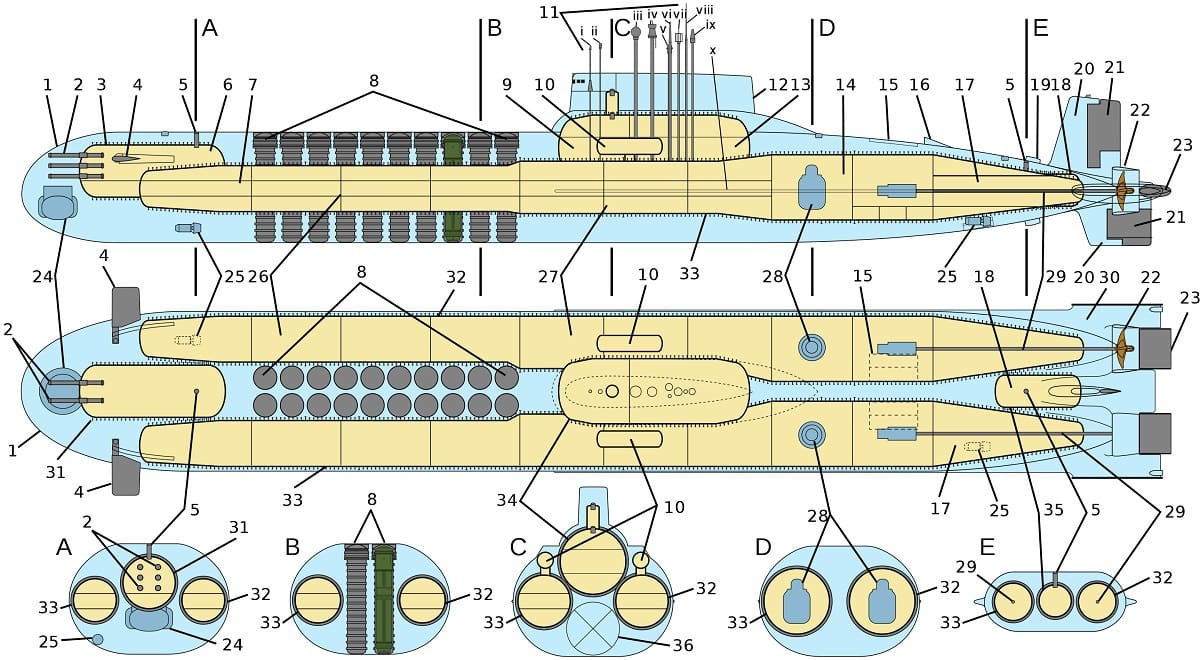 Inside the Typhoon-Class. Image: Creative Commons.

The sheer size of the submarines was likely welcomed by the approximately 160 sailors who called the submarine home on voyages lasting 120 days or longer. It was reported that there was a sauna on board as well as a small swimming pool for the crew.

Developed specifically for operations with the Soviet North Fleet in the Arctic ice packs, the lead vessel of the class was completed in December 1981, with TK-208 entering service the following year. The class was designed with an advanced stern fin with a horizontal hydroplane fitted after the boat’s screws, while the nose horizontal hydroplanes in the bow section were designed to be retractable into the hull.

It is notable that the first boat is still in service, as she was designed for a ten-year lifetime between major refit. However, she began a 1992 modernization but then spent most of the 1990s in dry dock in Severodvinks due to economic and technological problems. Only after nearly a dozen years did the submarine – renamed after the 14th century Grand Duke of Moscow Dmitry Donskoy and reputed founder of the city – return to service.

Built as a third-generation submarine, TK-208 is generally referred to as a fourth-generation boat due to the extensive modifications. It is powered by two nuclear water reactors, two 50,000 horsepower steam turbines, and four 3,200 KW turbogenerators and this provides the boat with the ability to sail at a speed of up to 22.2kt on the surface and 27kt below water. In its current configuration, Dmitriy Donskoy has 20 launchers for the Russian RSM-56 Bulava ballistic missiles. One of the missiles was reportedly launched from a submerged position while on the move. It is also equipped with six 533mm (21in) torpedo tubes and type 53 torpedoes.