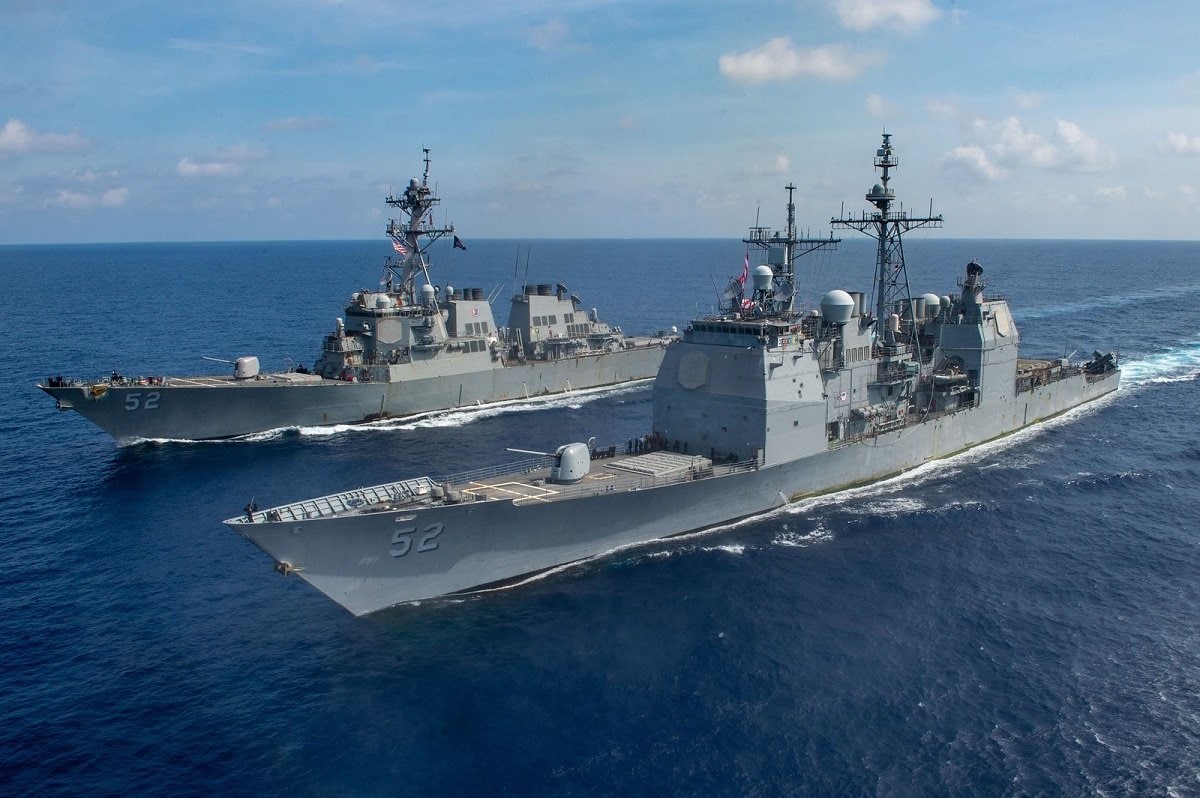 Long the provenance of science fiction, laser weapons are quickly becoming the new norm. At the forefront? U.S. Navy destroyers.

Coming to a Destroyer Near You

It almost sounds like something from a sci-fi plot or Star Trek: A U.S. Navy destroyer is underway in the Arabian Sea, full steam ahead toward the Gulf of Oman. Meanwhile, a group of Iranian fast-attack boats approaches, disregarding calls from the destroyer to change their course. They’re armed with various anti-ship missiles and are ready to blow an Arleigh Burke-class destroyer out of the water. But before they’re able to lob their missiles at the ship, the lead boat’s engine explodes, leaving a gaping hole at the boat’s stern, rapidly filling the boat with seawater.

Another boat takes the lead, only to have a giant hole appear in its hull, many of the onboard electrical systems are completely fried. One by one, the other boats suffer a similar fate, until the small fleet of fast attack boats are either floating listlessly on ocean currents or slowly sink to the ocean floor.

They haven’t been hit by gunfire or hypersonic missile, nor were they sabotaged by the CIA as Iranian media will later claim. They were literally burned out of the water by a powerful new weapon — a laser.

Though fictional, this is precisely what the Navy is preparing for — and it is quickly becoming reality, thanks to some steadily-improving engineering ingenuity.

Previously, the Navy tested several less powerful systems, including a 10-kilowatt laster system that was used to take out smaller targets at sea and in the air, as well as a 20-kilowatt system. The USS Ponce, an amphibious transport dock, served as the 20-kilowatt testbed and deployed to the Persian Gulf with the laser in 2014.

An official U.S. Navy video (see below) of the laser showed the laser in action aborad the Ponce, highlighting its pinpoint precision accuracy. Apparently satisfied with the laser’s performance, the Navy authorized the USS Ponce to use the weapon defensively if needed.

In addition, Lockheed Martin also built a larger 30-kilowatt testbed laser that was able to disable a stationary truck — though these pale when compared to the company’s much larger HELIOS laser.

In a recent press release, Lockheed Martin explained that HELIOS’ design is scalable, with a power output level that is adjustable, depending on the threat faced. Currently, the company’s laser weapons are a viable option against a variety of threats, including “small rockets, artillery shells and mortars, small unmanned aerial vehicles, small attack boats and lightweight ground vehicles that are approximately a mile way.”

And they’re only getting more powerful. “As fiber laser power levels increase, our systems will be able to disable larger threats and do so across greater distances,” Lockheed noted. “When operated in conjunction with kinetic energy systems, these systems can serve as a force multiplier.”

Quoting a senior U.S. Navy official, USNI noted that the Navy is getting ready “to burn the boats,” referring to surface threats, and in particular smaller boats. The future it seems is here. U.S. Navy laser weapons are a reality.

Caleb Larson is a Defense Writer with The National Interest. He holds a Master of Public Policy and covers U.S. and Russian security, European defense issues, and German politics and culture