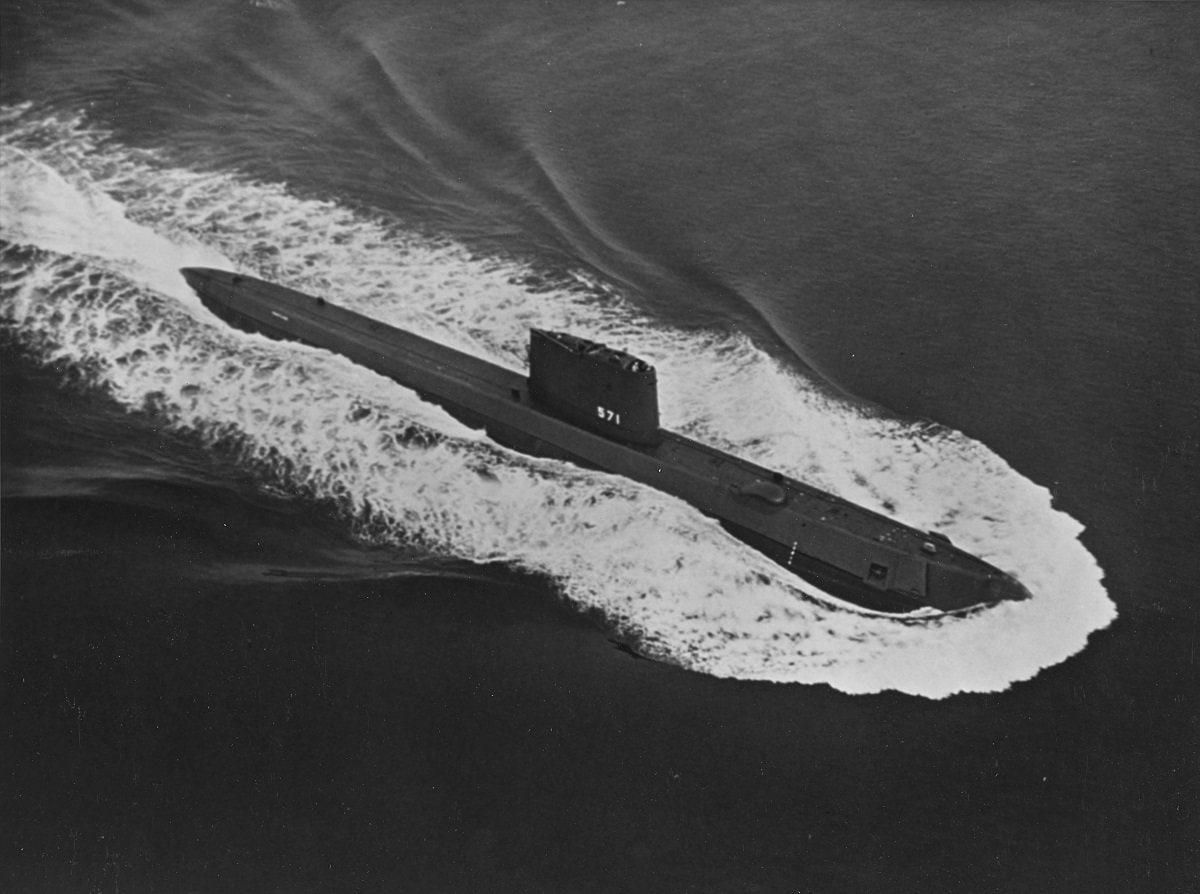 Naval Submarine Base New London, Connecticut is known as “The Home of the Submarine Force.” The facility was the first United States Navy’s submarine base and it remains the primary home to Commander Submarine Group 2 (SUBGRU 2) and the Naval Submarine School. All officers and most enlisted submarines are typically stationed at the base, and likely at some point all of them take time to visit a most remarkable submarine that is now maintained as a National Historic Landmark.

Meet USS Nautilus (SSN-571), the world’s first operational nuclear-powered submarine as well as the first submarine to complete a submerged transit of the North Pole. While the fourth U.S. Navy vessel and a second submarine to bear the name, SSN-571 was also far larger than the Navy’s diesel-electric submarines that preceded it.

Stretching 319 feet with a displacement of 3,180 tons, USS Nautilus was constructed under the direction of U.S. Navy Captain Hyman G. Rickover, a Russian-born engineer who joined the U.S. atomic program after World War II. In 1947, Rickover was put in charge of the Navy’s nuclear propulsion program and set out to develop the first atomic submarine – delivering Nautilus ahead of schedule. 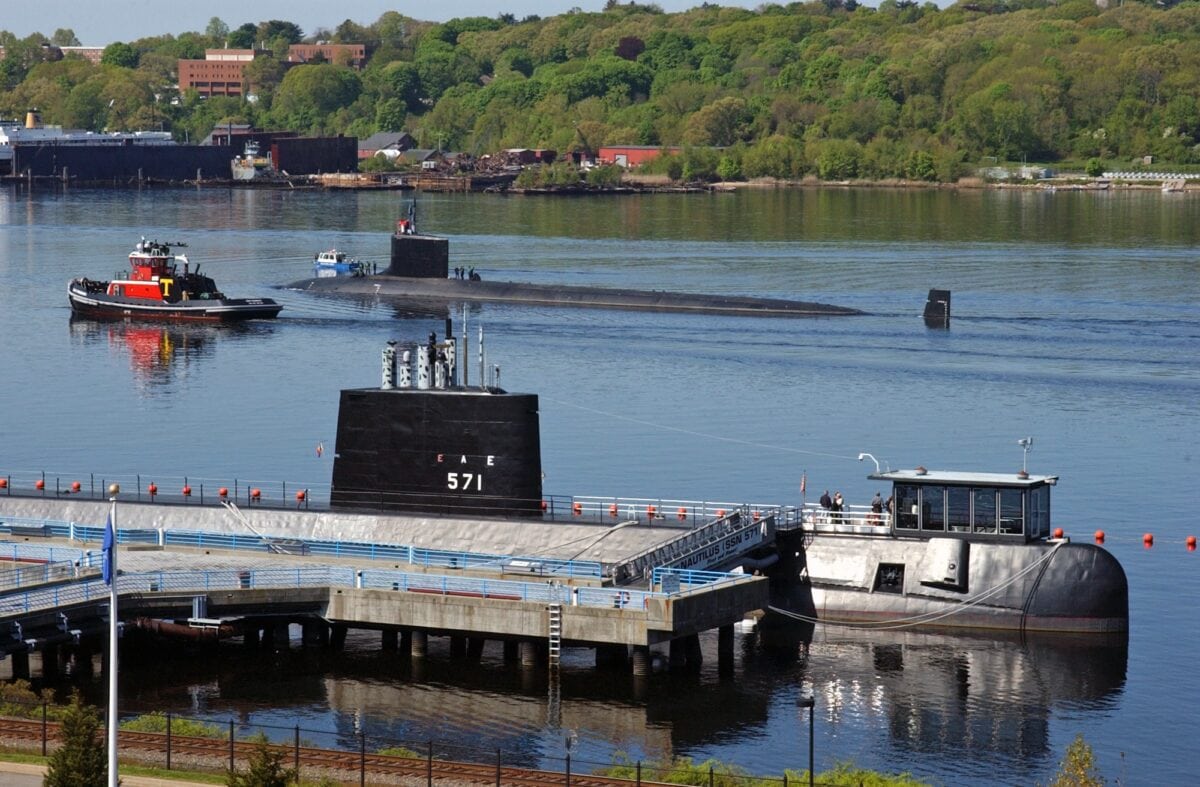 090513-N-5188B-014
GROTON, Conn. (May 13, 2009) Being escorted by a tug, Virginia-class attack submarine USS Hawaii (SSN 776) makes itÕs way down the Thames River past the historic ship Nautilus as it departs Naval Submarine Base New London for its new homeport at Naval Station Pearl Harbor. Commissioned May 5, 2007, Hawaii is the third Virginia-class attack submarine constructed and the first submarine to be named after the Aloha state. (U.S. Navy photo by Mass Communication Specialist 2nd Class Peter D. Blair/Released)

During the boat’s sea trials, under the command of Captain Eugene Parks “Dennis” Wilkinson, Nautilus established the capabilities and early tactics of a nuclear-powered submarine. In drills, Nautilus was able to successfully attack surface ships without being detected and was able to just as successfully evade most pursuers.

The boat could remain submerged for almost unlimited periods and could travel far greater distances than any diesel-electric submarine of the era, while its uranium-powered nuclear reactor allowed the submarine to travel underwater at speeds in excess of 20 knots. In short order, the USS Nautilus shattered many submerged speed and distance records. In July 1958, SSN-571 departed Pearl Harbor, Hawaii under top-secret orders to conduct “Operation Sunshine,” the first crossing of the North Pole by any naval vessel. On August 3, 1958, the boat’s second Commanding Officer, Commander William R. Anderson, made the announcement to the crew, “for the world, our country, and the Navy – the North Pole.”

In a career lasting twenty-five years, Nautilus traveled almost 500,000 miles and took part in a variety of developmental testing programs, while continuing to serve alongside many more modern nuclear-powered submarines. In the spring of 1979, the boat set out for a final voyage to Mare Island Naval Shipyard, Vallejo, California, and was decommissioned the following year. The boat was saved from the scrapyard, however, and was designated a National Historic Landmark and converted into a museum ship, and towed back to Groton, Connecticut. 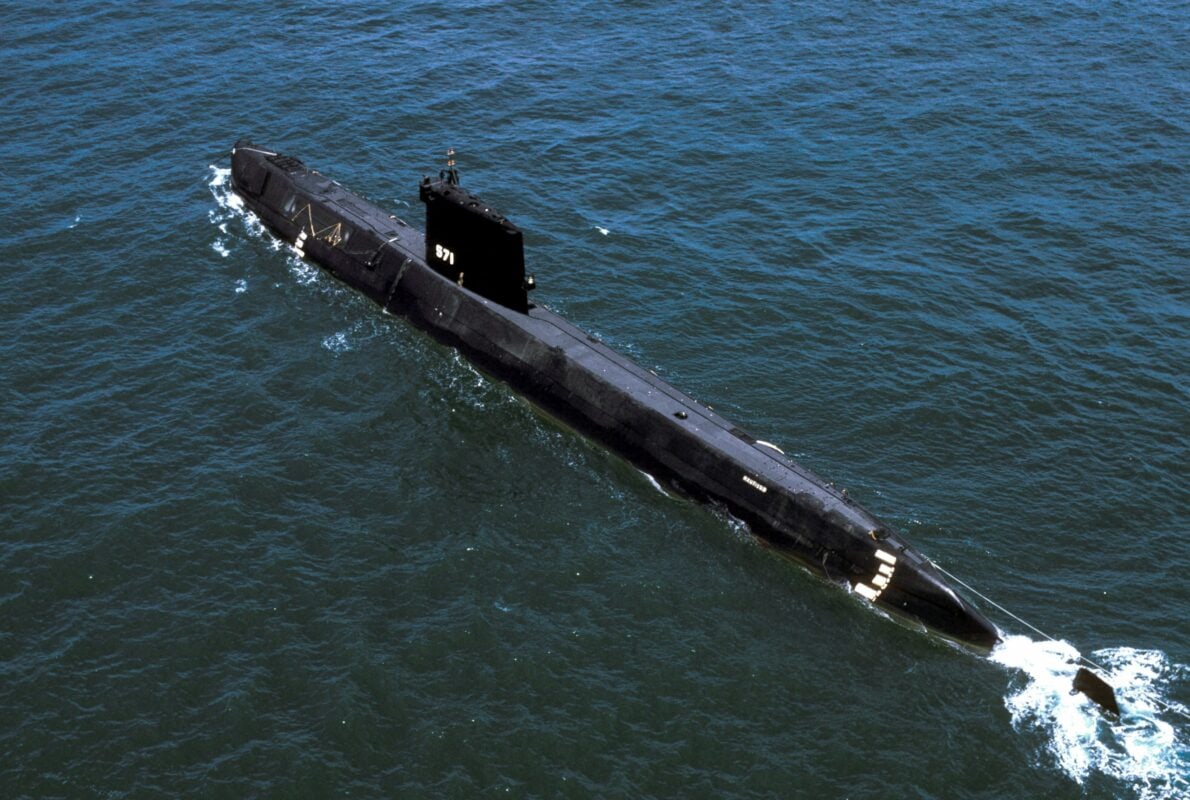 An aerial port quarter view of the nuclear-powered attack submarine ex-USS NAUTILUS (SSN 571). The NAUTILUS is being towed to Groton, Connecticut, where it will become a museum.

On April 11, 1986 – eighty-six years to the day after the birth of the U.S. Navy’s Submarine Force – Historic Ship Nautilus, joined by the Submarine Force Museum, opened to the public as the first exhibit of its kind in the world.