During the Second World War, what is today modern Kazakhstan was one of the most remote regions in the world and as a result, was largely unaffected by the conflict. However, soon after the war, the region became one of the key areas for the Soviet Union to test its nuclear weapons.

Between 1949 and 1990, a total of 456 atomic and thermonuclear devices were exploded at the Semipalatinsk Test Site (STS). Many of the earliest tests were conducted on the surface and in the atmosphere, which spread radioactive fallout across Central Asia. Additionally, five surface tests were unsuccessful and resulted in the wide dispersion of plutonium into the environment. The very first test conducted at STS on August 29, 1949, unexpectedly contaminated nearby villages.

It was just one site of many that the Soviets used to test its nuclear arsenal. In total, the Soviet Union conducted 715 nuclear tests including 219 atmospheric, underwater and space tests, while 124 were “peaceful use tests.” According to a Natural Resources Defense Council report published in 1996, a calculated 20 percent or 145 of the 715 tests had multiple explosives or salvos, resulting in a total of 969 nuclear detonations. 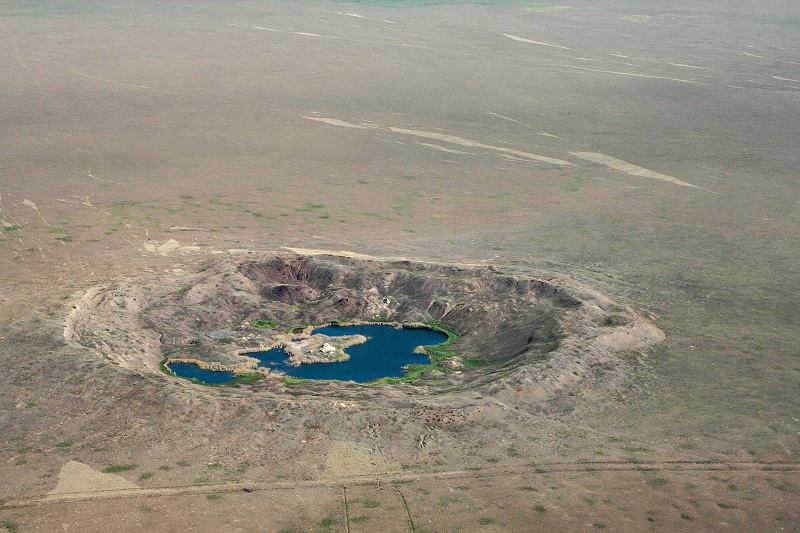 While that number may seem shockingly high, it should be noted that the United States also conducted 1,149 detonations in 1,054 tests. The UK carried out 45 tests between 1952 and 1991, while France conducted 210 tests. China conducted 45 tests and India carried out one test.

Atmospheric testing was banned by the 1963 Partial Test Ban Treaty.

The remote region of Kazakhstan had also been the Soviet Union’s primary test location, and 489 tests were conducted in what is now an independent nation. In addition, 221 were conducted in Russia while five in three other republics. Of the 456 tests conducted at STS, 116 were in the atmosphere.

The Russian Novaya Zemlya test site, above the Arctic Circle, was also used as a test site between 1955 and 1990 During that time a total of 130 tests were conducted at the archipelago in the Arctic Ocean – of which 86 of those were in the atmosphere, two at the water surface, three underwater and 39 underground.

The largest single nuclear test ever conducted – the air burst of the Tsar Bomba – took place at Novaya Zemlya on October 30, 1961.

While the late 1980s are now remembered as a time when fears of nuclear war began to diminish, coinciding with a thaw in regions between east and west, a large number of tests were conducted in the final years that the Soviet Union existed. There were 24 tests in 1987, 16 more in 1988, seven in 1989, and even two in the final year of the Soviet Union. The last test at the STS took place on February 12, 1989, and it actually resulted in the leakage of a large amount of radioactive noble gases including xenon and krypton.

In the years since the tests at STS and other locations ended, a number of genetic defects and illnesses in the associated regions have been reported. These ranged from cancers to impotency to birth defects to other deformities. Most have been attributed to nuclear testing.

Today, there is even a museum of mutations at the regional medical institute in Semey, the largest city in Kazakhstan near the old nuclear test site.