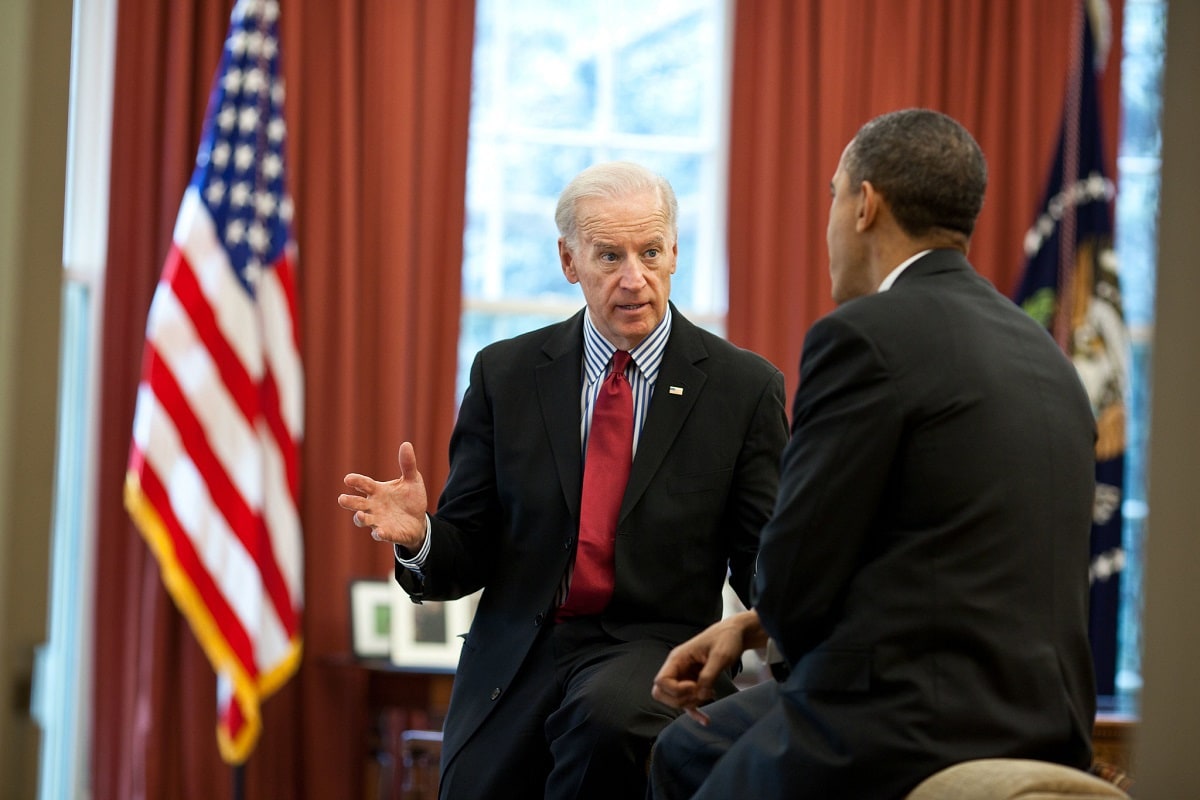 What will Joe Biden do when it comes to North Korea? Image: White House Flickr.

While it may not be high on the list of initial priorities, the threats posed by North Korea’s continued development of its nuclear weapon and ballistic missile arsenal will undoubtedly remain a key national security challenge for the incoming Biden administration. Indeed, during the recent 8th Party Congress of the Worker’s Party of Korea (WPK), North Korean leader Kim Jong Un referred to the United States as the DPRK’s “biggest, main enemy” and vowed to continue to advance the country’s strategic weapons capabilities. To meet this challenge, the Biden administration will need to develop a policy towards North Korea that is both realistic and clear in its objectives and which is built on a foundation of both diplomacy and deterrence.

To begin with, the Biden team will need to acknowledge an unpleasant truth: there is no easy, short-term path to denuclearization.

It should be clear by now that North Korea has no intention of negotiating away its nuclear weapons program in one fell swoop, and that it is likely to prefer steps towards partial denuclearization in order to obtain concessions from the United States. The recent rollout of new land and sea-based strategic weapon systems also indicates that efforts to compel North Korea to abandon its pursuit of such weapons through the application of international sanctions alone have not borne fruit. U.S. policy must evolve in recognition of this reality, and President-Elect Biden must base his North Korea policy on the assumption that it will not bring about complete denuclearization.

From there, a Biden North Korea policy should encourage the pursuit of some form of political rapprochement between the U.S. and the DPRK. Such an effort could involve a formal peace declaration, human rights agreements, and security assurances, along with agreements by North Korea to end all transfers of nuclear weapons technology. Such agreements will likely prove controversial, and will no doubt draw criticism from those favoring a more hardline approach towards North Korea. Securing a political agreement with North Korea, however, will be crucial for any further attempts to bring about denuclearization; without it, North Korea will be no more willing than it is today to part with any significant element of its nuclear arsenal.

For such a policy to be successful diplomacy must necessarily take center stage, and there are reasons to be optimistic in thinking that both sides recognize this. Even as he was labeling the United States as his country’s chief adversary and pledging to enhance the DPRK’s defense capabilities, there is reason to believe that Kim Jong Un was also signaling a willingness to engage in talks with the United States. Rather than purely a threat, Kim’s harsh rhetoric was also an attempt to establish North Korea’s negotiating position. Biden, meanwhile, has indicated a focus on diplomacy through some of his picks for top policy positions: Wendy Sherman, Biden’s nominee for deputy secretary of state, has negotiated with North Korea in the past and played a key role in negotiating the Iran nuclear deal, while William Burns, Biden’s nominee to head the CIA, also took part in the negotiations and has indicated a desire for back-channel negotiations with the DPRK. 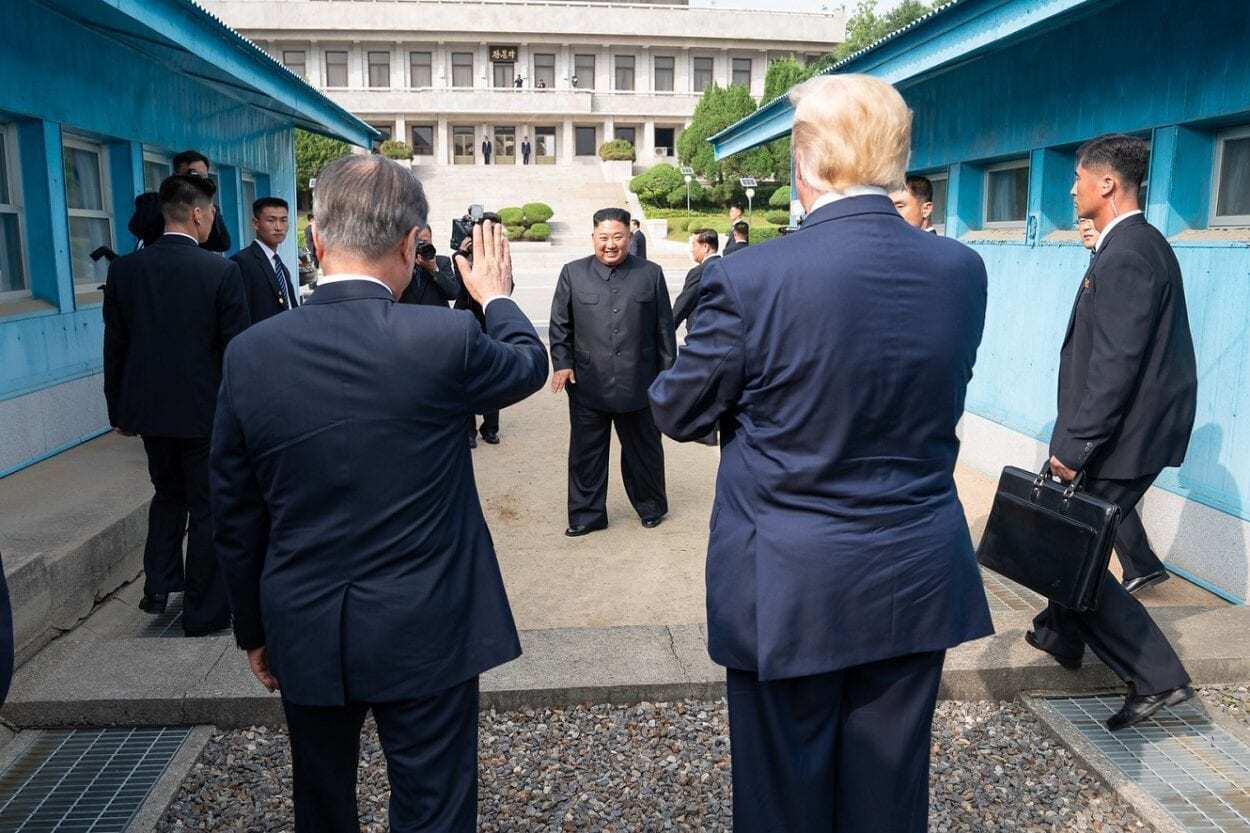 For diplomacy to be most successful, however, it should be backed up by a strong deterrent. Biden’s defense team, along with their counterparts in Japan and South Korea, should review and update the existing deterrence strategy in order to better adapt it to current circumstances. Additionally, policymakers should look for additional sticks to be used alongside diplomatic carrots. This could include, for example, clearly stated intentions to engage in limited information operations against the North Korean regime should it engage in provocative behavior or violate diplomatic agreements. The North Korean leadership is clearly concerned about the infiltration of foreign media and information within the country, so much so that it recently passed a law aimed at preventing its spread. The recent North Korean jamming of South Korean radio broadcasts into the DPRK, as well as the arrest of several key figures in the country’s nuclear and missile programs, indicate that the regime may take the threat of information operations seriously.

To be sure, a number of challenges exist that could throw a spanner in the works of a successful North Korean policy. As previously mentioned, any move away from an immediate focus on complete North Korean denuclearization will be met with significant resistance and may require the expenditure of substantial political capital, a battle that President-Elect Biden, at least initially, may not want to engage in. Furthermore, while one of Biden’s immediate priorities will most certainly be restoring America’s badly damaged international reputation and image, the recent attack on the Capitol building will have done little to restore faith among the international community that the United States is in a position to once again take the lead in resolving global challenges. What’s more, the new administration will be faced with a number of competing priorities that might relegate North Korea to a secondary concern, including the continued fight against the COVID-19 pandemic and the associated economic concerns, as well as foreign policy challenges in the shape of an intensifying rivalry with China.

It is clear, however, that the threat from North Korea will endure, and in order to address that threat, the Biden administration must develop a North Korea policy that is well suited for the current reality.