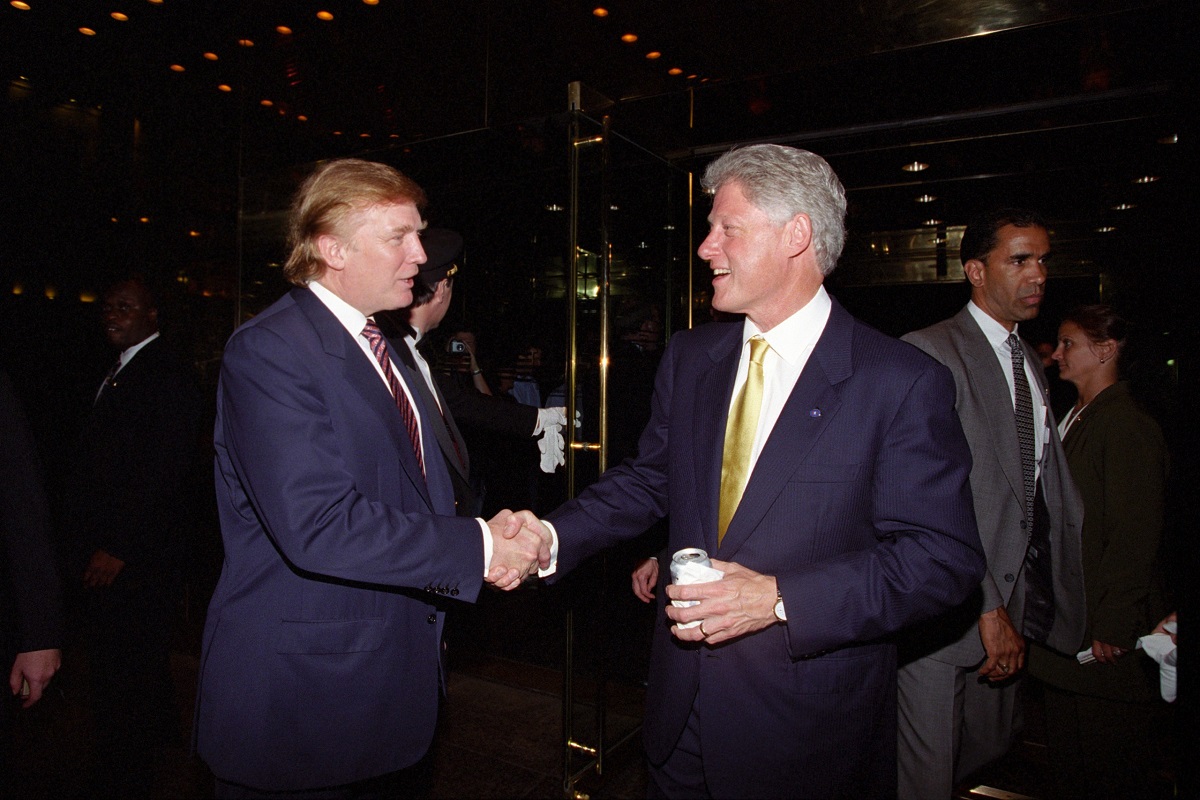 Editor’s Note: We present a little alternative history on this Tuesday, a what-if that looks at if President Bill Clinton had resigned during the Monica Lewinsky scandal.

It was embarrassing, really.

A few days after internet provocateur Matt Drudge broke the news of the Clinton/Lewinsky Scandal, the President took the rostrum, wagged a finger at the cameras and declared, ‘I did not have sexual relations with that woman, Ms. Lewinsky…’ It was Drudge again who noticed that Clinton’s left eye seemed a bit darker than the right. Drudge posted blowup photographs of the president and indeed one could see just a bit of purple under makeup foundation. Hours later, beneath a red siren, Drudge proclaimed: “Source Confirms, Hillary’s Bullseye!”. The headline writers at the New York Post couldn’t help themselves, “Hillary Threw the Book at Bill!”. The President could deny the allegations but he could not withstand mockery and ridicule. Bill Clinton submitted his resignation three days later and, on Saturday, January 24th, 1998, Albert Gore Jr. became the 43rd President of the United States.

A Time To Get Things Done?

House Speaker Newt Gingrich saw an opportunity to get things done with Gore, who wanted to show that he himself could ‘get things done’. The unlikely pair worked together on bills that ‘reinvented’ government and took the first cautious steps toward entitlement reform. Gingrich and Gore cobbled together a spending agreement building on the budget deal of 1997 which further reduced the deficit and national debt. The right and left were annoyed but the center was happy and that’s what counted. Arizona Senator and former POW John McCain worked with Gore and the Dems to pass his Campaign Finance Reform Bill, much to the dismay of the GOP Establishment.

In late 1999, McCain entered the GOP primary as a reformer in the tradition of Teddy Roosevelt. The GOP Establishment rejected him outright and fell in behind Texas Governor George W Bush, who quashed the McCain insurgency with a ten-point victory in the bloody South Carolina primary. Bush easily went on to the nomination. In the general election, Bush presented himself as a Republican ideas man who could build upon the bipartisan spirit of the times. But, with the economy strong, the nation at peace, and the incumbent boasting of several legislative achievements, Al Gore won a clean five-point victory. 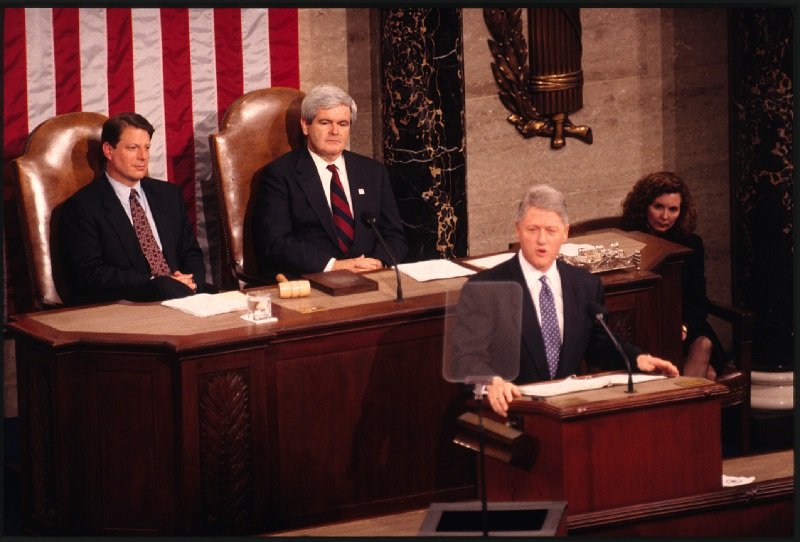 Elected in his own right, Gore had big plans for his first full term, including an environmental bill. But, history began anew on 9/11 and changed the political dynamic. It was here that the Gore presidency began to fall apart. Three days after the attack on the World Trade Center and Pentagon, President Gore visited the Ground Zero worksite. Workers there expected a rousing speech but were instead told by the president that he would work with Congress to ensure proper security measures to prevent another attack. This was an early warning sign. During a joint session of Congress, Gore woodenly proclaimed, ‘To the Taliban, you are not our enemy. All we ask is you turn over Bin Laden to the U.S., or perhaps an international Tribunal at the Haig.’ Military action did not seem in the offing. As the days and weeks went on, it seemed to commenters that the president simply did not ‘feel’ the moment the way Clinton or even George W. Bush would have. When military action finally came in February of 2002, it was too late. The Taliban had had months to prepare for a protracted guerilla war, and Bin Laden evacuated to the remote mountains on the Pakistani border where for years he mocked the United States. The Taliban regime suffered some superficial damage but was left in control of Afghanistan.

Gingrich pounced on Gore’s mishandling of the 9/11 crisis, slamming him as weak and indecisive. For the second time in a decade, the Speaker presided over landslide GOP congressional victories in off-year elections. Gore felt personally betrayed by Gingrich and lashed out publicly. “Now he shows some fight?” mocked The New York Post.

Political pundits watched the GOP closely. Back in Texas, W said he was not running again. Many in the GOP Establishment urged Jeb Bush to declare his candidacy, but he said it was too soon. By the beginning of 2004, it was clear that John McCain was the front-runner. On the campaign trail, McCain read conservative boilerplate on government reform and taxes but the number one issue for the GOP base was 9/11. He decried the Gore Administration’s handling of the crisis and subsequent non-war and slammed the Bush’s, a name which by then was shorthand for the GOP establishment. McCain promised to ‘do more’ against the Taliban and Al Qaida. Some advisors leaked that doing more might include taking care of unfinished business with Saddam. The hawks cheered. Gingrich fell in behind McCain, perhaps hoping to be chosen for VP. He would be sorely disappointed. The senator won Iowa and New Hampshire, and then South Carolina, scene of his defeat four years before. By the night of Super Tuesday, it was all over. John McCain would be the Republican nominee with Elizabeth Dole as his running mate, to placate the establishment.

Observers judged the first presidential debate a draw until Gore ludicrously pointed out that he too had served in Vietnam… The New York Post juxtaposed a photo of McCain in a Hanoi hospital with pictures of Gore smiling and happy on an American army base in South Vietnam, “Me Too!”. During the second debate, McCain challenged Gore on al Qaida remaining in Afghanistan. Gore replied, ‘We are negotiating to phase out the camps by the end of next year…’. McCain won the debate and surged ahead in the polls. Gore spent the third debate clumsily promising a series of drastic diplomatic and military actions, but the damage was done. McCain won 53% of the popular vote and 311 electoral votes. He promised big things at his inauguration but, as of this writing, Osama bin Laden and Saddam Hussein are still on the run.