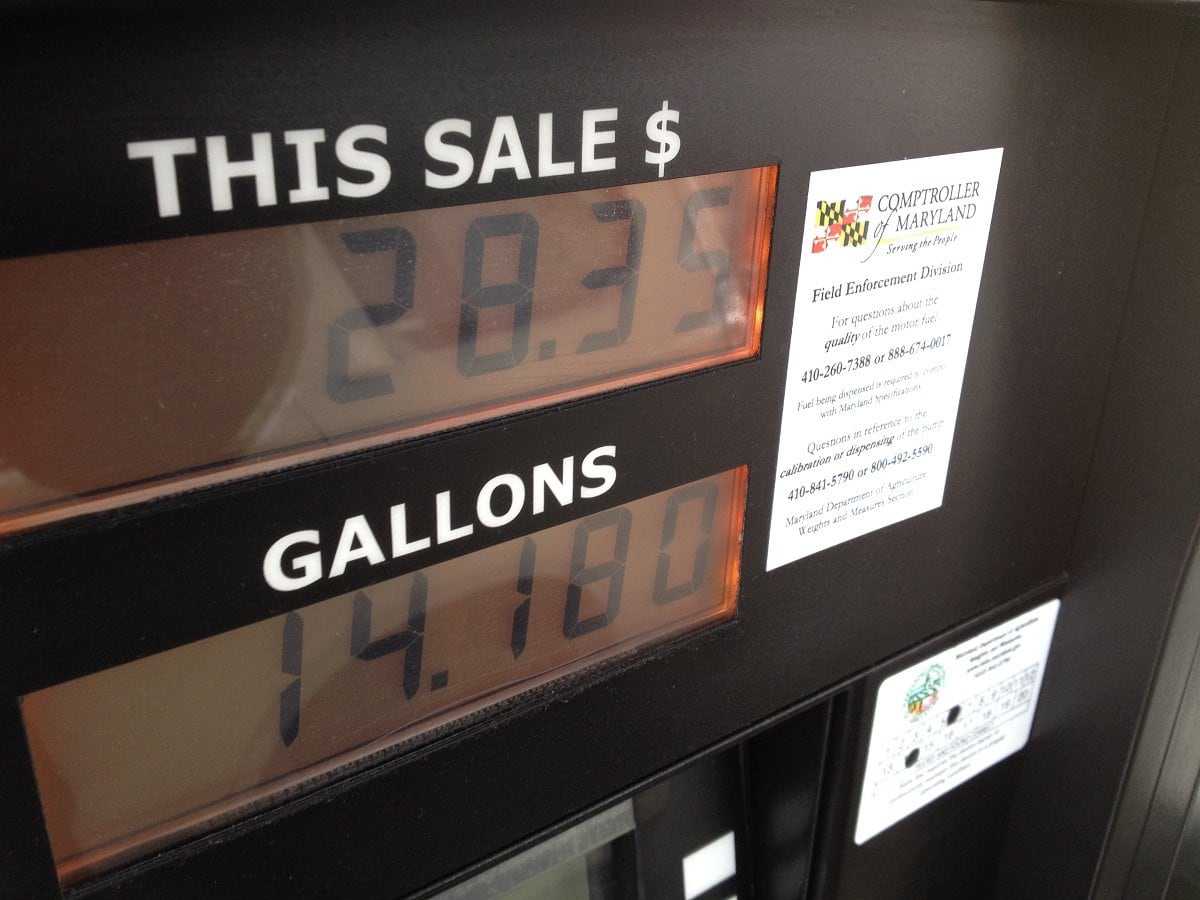 We may be in the midst of uncertain, polarizing, and uncomfortable times, but one of the saving graces is that for more than a decade, gas prices have been pretty consistently low.

According to a ten-year chart of average U.S. gas prices on GasBuddy.com, gas prices nearly hit $4 a gallon in May of 2011, but began plunging around 2014, and have remained under $3 a gallon ever since. Prices fell as low as $1.69 a gallon in early 2016, and continued to fluctuate throughout the Trump era.

But the average price remained under $3, and crashed once again to below $2 in the spring of 2020, in the early days of the pandemic. The lockdowns caused the roads to empty, leading demand for gasoline to collapse, and even led to a strange occasion in June when the price of oil futures went negative.

A few reasons have been cited for the increase, per CNN, from President-Elect Biden’s stated intention to cancel the permits for the Keystone XL pipeline, to hopes for a return to normal from the pandemic to the perception that prices have nowhere to go but up. Traditionally, oil and gasoline prices drop in December and January, but this is far from a traditional year.

There are numerous things, all over the world, that affect the price of oil and gasoline, with the price of crude oil largely driving the price of gas. Mideast wars, oil spills, embargoes, and other things that affect supply tend to cause prices to rise, while global and regional recessions tend to drive the price down, as prices plunged both during the 2008 financial crisis and the 2020 pandemic.

Gas prices also differ regionally, due to such factors as distance from refineries and weather, while some states have higher gas taxes than others. Prices are typically higher in California than in most of the rest of the country.

Prices are also affected when oil producers increase or decrease production or capacity, or when new oil is discovered. The long shift to electric cars may also serve to bring down gasoline demand over time.

“Gas prices have jumped to yet another multi-month high as crude oil prices rise amidst perceived improvement in the COVID-19 pandemic, which continues to pump prices up as demand shows renewed signs of recovery,” said Patrick De Haan, head of petroleum analysis for GasBuddy, told Robesonian this week.

Even so, in the early 2000s, there were frequent worries that gas prices would rise over $4 and stay that high forever-something which, for a variety of reasons, never happened. Per USA Today, gasoline hit an all-time high average price in the summer of 2008, at $4.11 a gallon, although it would of course plunge again a few months later.

Stephen Silver, a technology writer,  journalist, essayist, and film critic, who is also a contributor to Philly Voice, Philadelphia Weekly, the Jewish Telegraphic Agency, Living Life Fearless, Backstage magazine, Broad Street Review, and Splice Today. The co-founder of the Philadelphia Film Critics Circle, Stephen lives in suburban Philadelphia with his wife and two sons. Follow him on Twitter at @StephenSilver.