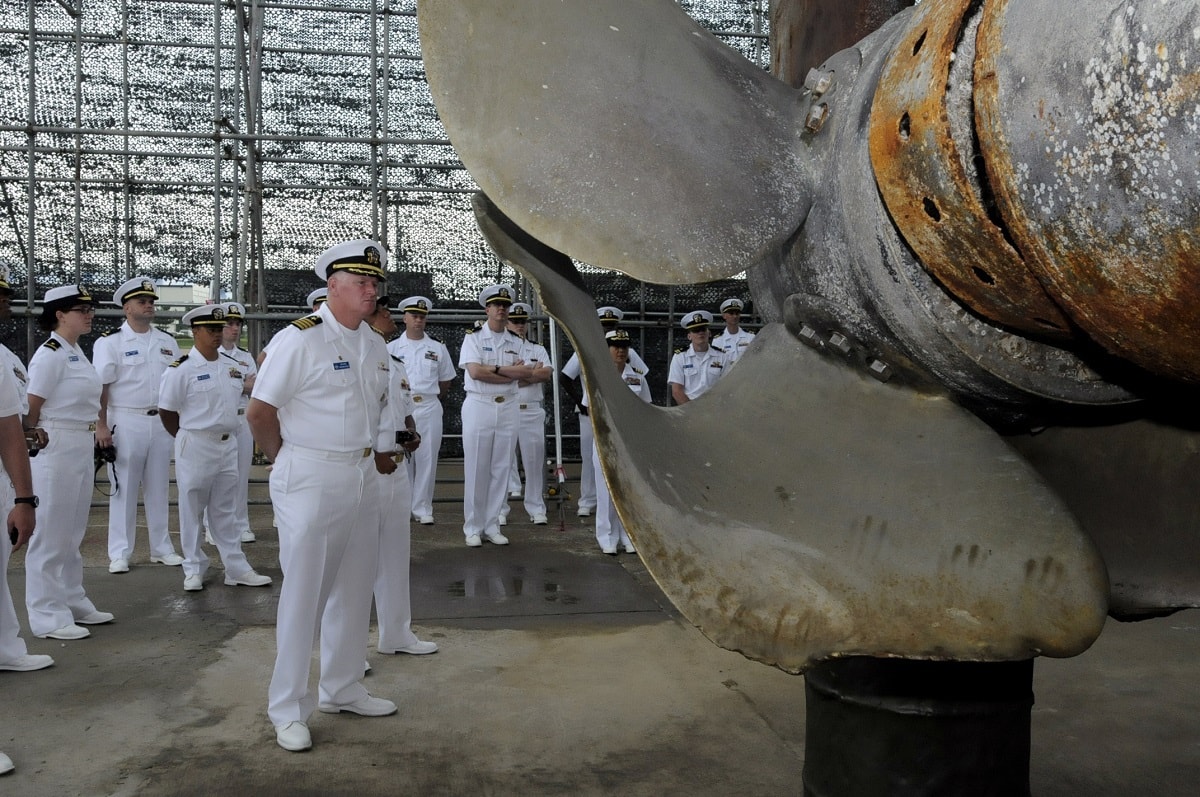 2010 was a tumultuous year on the Korean Peninsula, one that nearly ended with the outbreak of war following a North Korean artillery bombardment of the South Korean island of Yeonpyeong. That event nearly resulted in war in no small part as a result of already heightened tensions on the peninsula in the aftermath of the sinking of a South Korean naval vessel by what was later determined to be a torpedo fired by a North Korean submarine. The sinking of the Cheonan significantly harmed inter-Korean relations and helped to set the stage for the events later that year that would bring North and South Korea to the brink of war.

Maritime Clashes and the Sinking of the Cheonan

Maritime clashes between the naval forces of North and South Korea are not uncommon. Following the end of the Korean War, United Nations Command established the Northern Limit Line (NLL) to serve as a maritime boundary between the North and the South, largely as a means by which to prevent South Korean vessels from sailing too far north and instigating a resumption of hostilities. The NLL has been the subject of frequent protestations by North Korea, and has on more than one occasion been the cause of armed naval clashes. In 1999, and again in 2002, North and South Korean naval vessels engaged in skirmishes near the island of Yeonpyeong, resulting in the loss of an estimated 60 DPRK sailors and the death of 5 South Korean naval personnel over the course of the two engagements. In 2009 the two navies again clashed off the west coast of the Korean Peninsula, this time resulting in the death of one North Korean sailor. 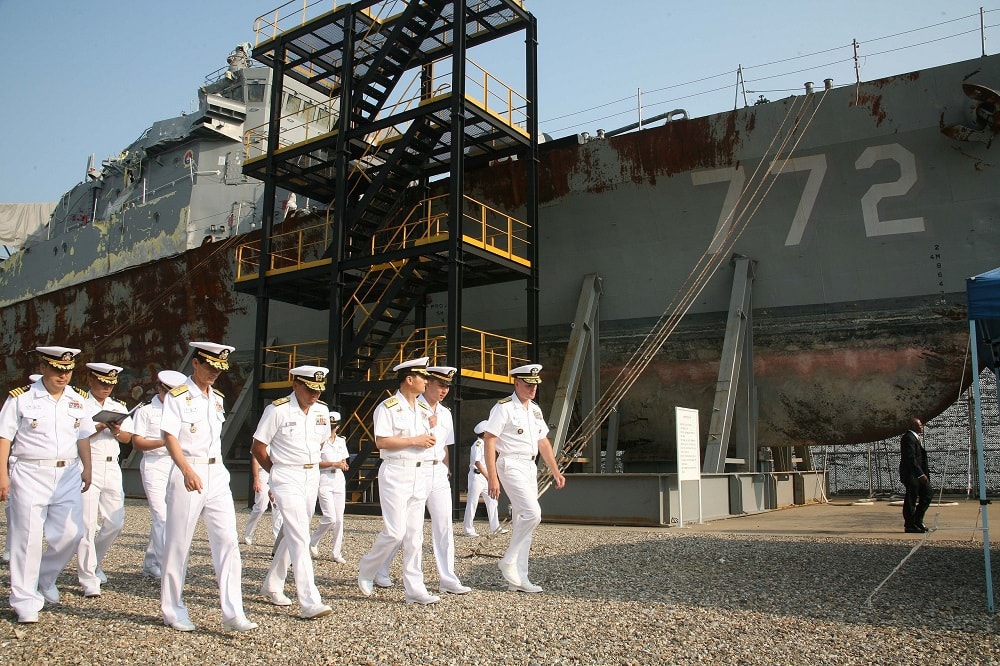 The Cheonan was sunk on the morning of March 26, 2010, following an explosion in the ship’s stern. 58 of the Cheonan’s 104-strong crew were rescued, with the remaining 46 killed in action. South Korean government officials were quick to dismiss speculation regarding possible North Korean involvement in the ship’s sinking, with South Korean President Lee Myung-bak denying in particular reports that a North Korean submarine had torpedoed the Cheonan.

Following the recovery of the vessel, an investigation was launched into the cause of the Cheonan’s sinking. The final report by the Joint Civilian-Military Investigation Group – which included participation by experts from the United States, United Kingdom, Sweden, and Australia – concluded that the Cheonan had been sunk by a torpedo fired from a North Korean submarine. Based on analysis of hull deformation on the Cheonan, witness testimony, autopsies of deceased personnel, impact simulations, and recovered torpedo parts, the report concluded that the Cheonan “was sunk as the result of an external underwater explosion caused by a torpedo made in North Korea” and that “evidence points overwhelmingly to the conclusion that the torpedo was fired by a North Korean submarine.” The report also highlighted North Korea’s substantial submarine fleet.

North Korea denied immediately denied its involvement in the Cheonan’s sinking, with an official statement claiming that the Joint Civilian-Military Investigation Group’s findings were based on “fabricated” evidence. Despite the DPRK’s denial of involvement, following the release of the investigation’s report South Korean President Lee announced a series of unilateral sanctions targeting the North that effectively halted all South Korean trade with and travel to the North, while also denying North Korean ships the use of South Korean sea lanes. In addition to the sanctions, President Lee also announced plans to resume propaganda broadcasts at the border, which had been halted in 2004. North Korean military officials responded with threats to fire on any new “psychological warfare services” established by South Korea. In response to opposition from U.S. officials regarding the resumption of the broadcasts, South Korean Defense Minister Kim Tae-young announced that the military had decided to delay the resumption of the broadcasts. 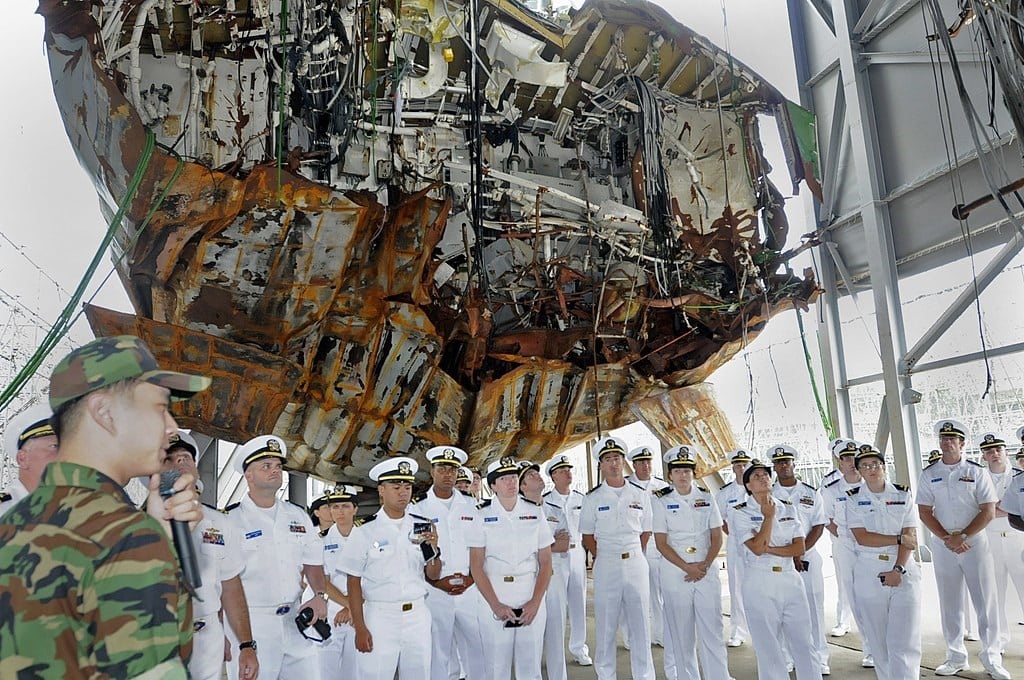 Whatever its motivations, North Korea’s sinking of the Cheonan, and the South Korean response, significantly harmed inter-Korean relations and helped shape tensions on the Korean peninsula that would be further strained by events later that year.